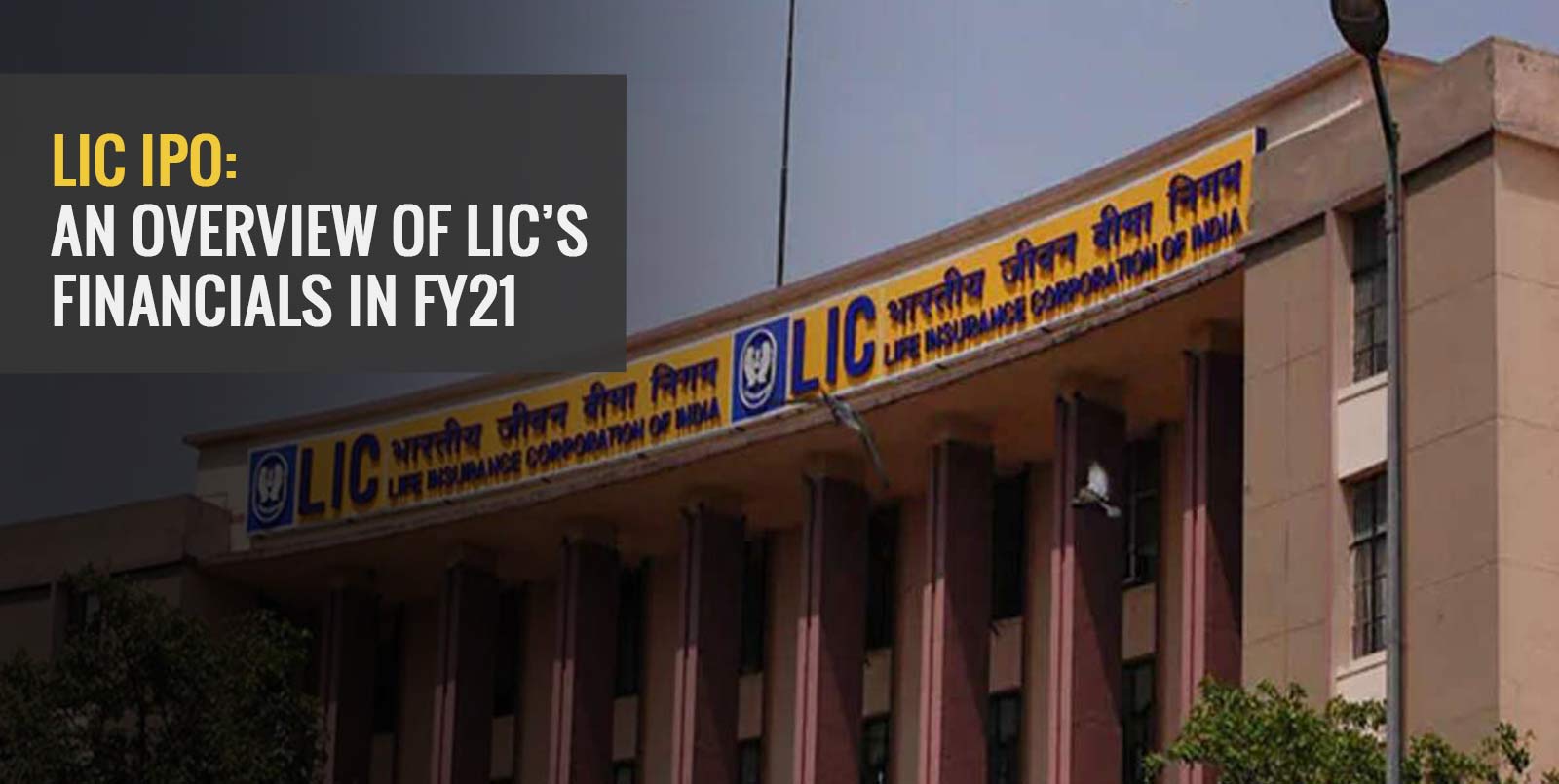 LIC of India is planning to go public by the end of this financial year. The proposed IPO is going to be the biggest share sale in India.

Per Chief Economic Adviser, K.V. Subramanian, the LIC IPO could bring in nearly Rs. 1 lakh crores for the government. For this IPO, GOI permitted to raise the authorised share capital of LIC of India to Rs. 25000 crores.

That said, let’s take a quick look at LIC’s financials in FY21 to gain an insight into its prospects and financial viability.

A quick look at LIC’s financial performance in FY21

LIC recorded a stock market profit of more than Rs. 10000 crores between April and June 2021. The registered figure is probably the highest profit for the June quarter.

By June 2021, the largest insurance company of India registered a whopping market share of 67.52% in terms of new business premium.

Notably, the sale of shares from its non-linked portfolio, inclusive of life insurance policies, account for a sizeable share of this profit. Experts think this high-profit quantum and strong financials could help attract the attention of investors on a larger scale.

Here are some other financial milestones of LIC for the FY21 –

Additionally, LIC’s persistency ratio in terms of annualised premium and the total number of policies for its 13th, 25th, 37th, 49th, and 61st month have improved.

LIC is a debt-free company in FY21. Based on its robust financial standing and cash reserve at disposal, LIC has the financial flexibility to expand its offerings and improve its services. This could work in favour of its IPO and make the event a lucrative proposition for the company.

The government has not disclosed any information regarding the matter.

LIC intends to invest more than Rs. 5 crores this FY21.

LIC is yet to announce its IPO timeline.

This information is currently not available.