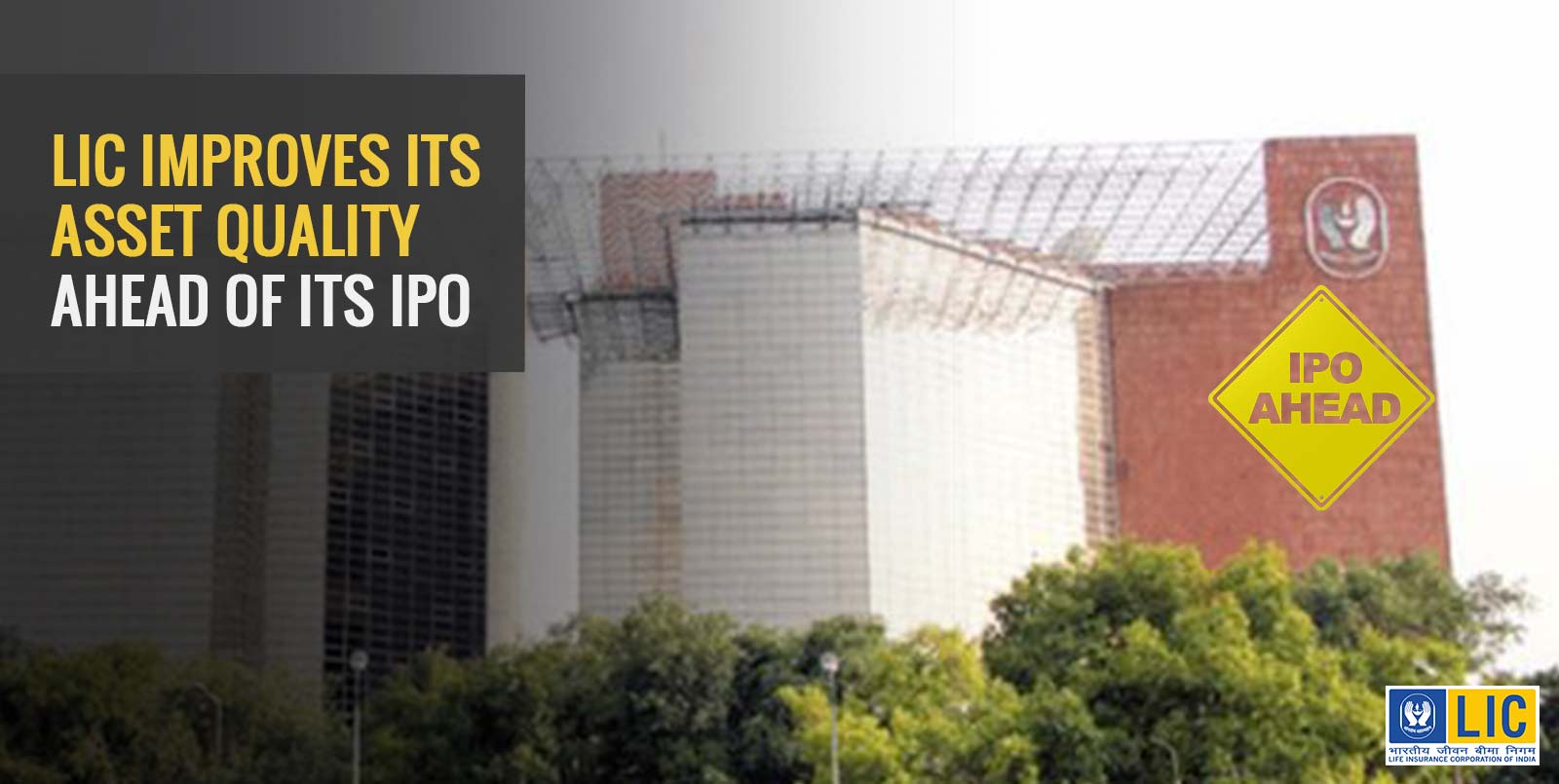 Now, let us take a deeper look into the public corporation and its financials.

About Life Insurance Corporation of India

LIC is India’s only public sector life insurance company. Created in 1956 by the Government of India (GOI), it remains the largest life insurer in the country. It has a 72% market share with an investment portfolio of Rs. 31 trillion.

This public company is well-established in cities and towns of the country, having a vast network of 2048 branch offices, 1381 satellite offices, 113 divisional offices and 8 zonal offices. It also has subsidiaries and joint ventures in Bahrain, Bangladesh, Kenya, Nepal, Saudi Arabia and Singapore.

A Brief Overview of the Public Insurer’s IPO

The primary objective behind LIC’s upcoming IPO is to let GOI achieve its ambitious disinvestment target of Rs. 2.1 trillion via PSUs (Public Sector Undertakings). The government will roll out the IPO right after it completes its disinvestment in 3 other PSUs, including National Fertilisers, Rashtriya Chemical and Fertilisers and Mishra Dhatu Nigam.

The filing of the DRHP (draft red herring prospectus) will take place sometime within December 2021. This would allow GOI to open the IPO by March 2022, in line with its ambitious targets.

Through this Mega IPO, the government, which currently owns a 100% stake in the company, will offload a 5-10% stake. As a result, the issue size will be somewhere in the median size in the range of Rs. 70,000 to Rs. 1 lakh crores. Of this, a 10% stake would be reserved for policyholders, and another reservation would be made for the employees.

Due to its very large size, LIC will split its IPO into two parts with a gap of a few months. This is because the government considers that the issue size may be too large for the market to absorb in one go.

LIC has appointed Arijit Basu, the former MD of SBI and SBI Life Insurance, as a consultant for the IPO. Other recent appointments include Cyril Amarchand Mangaldas as legal advisor and KFIN Technologies as registrar.

Current Financial Status of the Company

LIC is the largest life insurer in India, having a total first-year premium of more than Rs. 1.84 lakh crores as of March 2021. Its balance sheet at $500 billion makes it one of India’s largest in the equities and debt space. It also has a market cap of around Rs. 9-10 trillion, making it one of the country’s top 3 valuable companies.

LIC has a massive network of 22.78 lakh agents and 2.9 lakh employees. With so many agents, the company can add huge volume even if each agent adds a single policy in a year.

For the foreseeable future, it will not. The government plans to hold 75% of its stake in LIC five years after the upcoming IPO. After that, it will hold a 51% stake at all times.

Yes. At present, LIC will continue giving the sovereign guarantee on its claims after the listing. According to this, if the company cannot pay claims, the government will take responsibility.