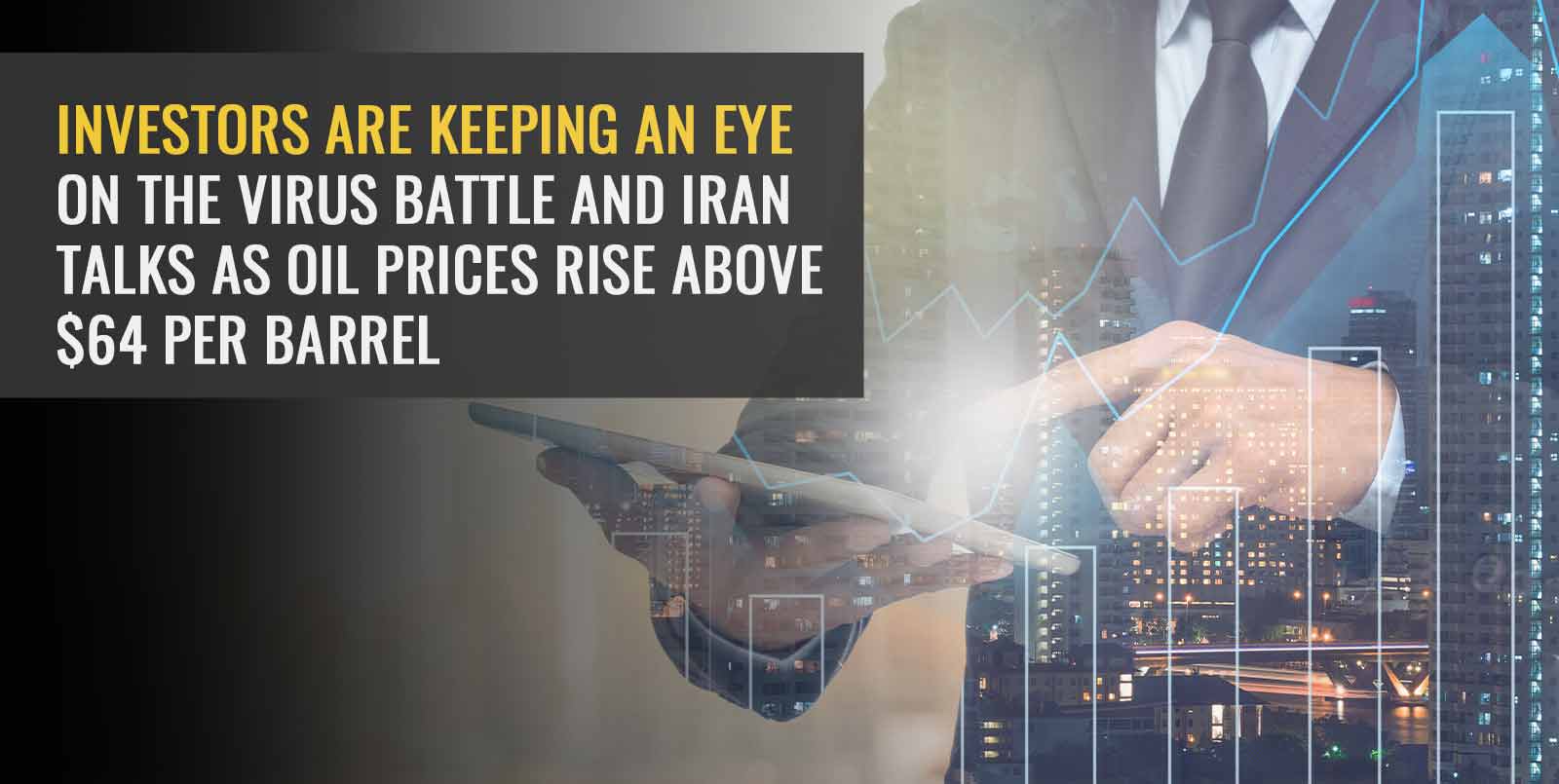 An Overview of Recent Rise in Oil Prices

Oil rose above $64 a barrel as more signs that the US economy is quickly recovering from the pandemic outweighed concerns that reviving the Iran nuclear agreement would result in a rise in global supply. After rising 2.5 percent on Friday, West Texas Intermediate was up 0.8 percent. The spread of coronavirus in the United States has slowed even further, with no days of infection reaching 30,000 for the first time since June. In France and Italy, death rates are decreasing, which bodes well for energy consumption.

This week in Vienna, talks between Iran and world powers will begin and try to settle the sides’ remaining disagreements over the nuclear agreement. Iran is likely to expand a United Nations nuclear inspections agreement as part of the process, giving negotiators more time to revive the historic deal that would see the Persian Gulf nation re-enter world oil markets.

Crude prices have risen this year as investors bet that vaccinations will help turn the tide against the outbreak in key economies. However, after March, as new waves of infection wreaked havoc on Asian economies, the upward trend has slowed. At the same time as the Iranian talks are progressing, the Organization of Petroleum Exporting Countries (OPEC) and its allies are loosening joint production restrictions.

“In the United States and Europe, there is a lot of vaccine-driven demand optimism, which is likely to be fuelled even more by the summer driving season next month,” said Kim Kwangrae, senior commodities analyst at Samsung Futures Inc. According to him, the market is also keeping an eye on how much Iranian barrels can flood.

The argument for higher prices “remains intact,” according to Goldman Sachs Group Inc., which predicts Brent will reach $80 this year even if Iranian supplies are restored. It said in a note that the improvement in developed market demand was helping to offset lower consumption in South Asia and Latin America. Brent’s prompt time spread was 7 cents a barrel, indicating backwardation, a bullish trend in which short-term prices are higher than longer-term prices. Last Thursday, the gap fell to 4 cents after Iran’s President Hassan Rouhani announced that major sanctions against his country would be lifted.

While there are signs that the virus is spreading through Asia, with Malaysia announcing new travel restrictions over the weekend, macroeconomic indicators in developed economies remain optimistic. In May, a measure of productivity at producers and service providers in the United States reached a new high.

Even after China escalated a campaign to cook raw materials and promised a crackdown on excessive trading, oil prices continued to rise. Nonetheless, April data indicate that the country’s expansion and credit impulse (new credit as a percentage of GDP) might have peaked, placing commodities in jeopardy. An OPEC+ Joint Technical Committee meeting scheduled for May 25 to evaluate the state of global supply and demand has been rescheduled for May 31. The next scheduled ministerial meeting of the alliance will take place on June 1.

How the surge in crude oil prices concerns India?

Oil prices have been steadily increasing as a result of improving fundamentals. Expectations for the US stimulus package, fears of escalating tensions in the Middle East, demand growth following the lifting of lockdowns in various economies, and supply cuts from OPEC and allied producers in the OPEC community, among other factors. The crude oil trend will continue to be optimistic. The rise in crude oil prices is bad news for India’s state finances, coming at a time when the economy is still recovering from the pandemic disruption. Given that India is the world’s third-largest oil importer and producer, the country’s ballooning fiscal deficit is cause for concern. Saudi Arabia and Iraq are its main suppliers.

The effect of rising crude oil prices on domestic inflation can be seen in two ways. The first is the direct channel, in which crude products themselves appear as CPI constituents. In the short term, changes in crude oil prices would have a direct impact on the CPI due to their weighted contribution to the index. Second, as a result of this shock, the retail prices of all other goods produced with crude as an input will rise over time, affecting the CPI again, which is the indirect effect.