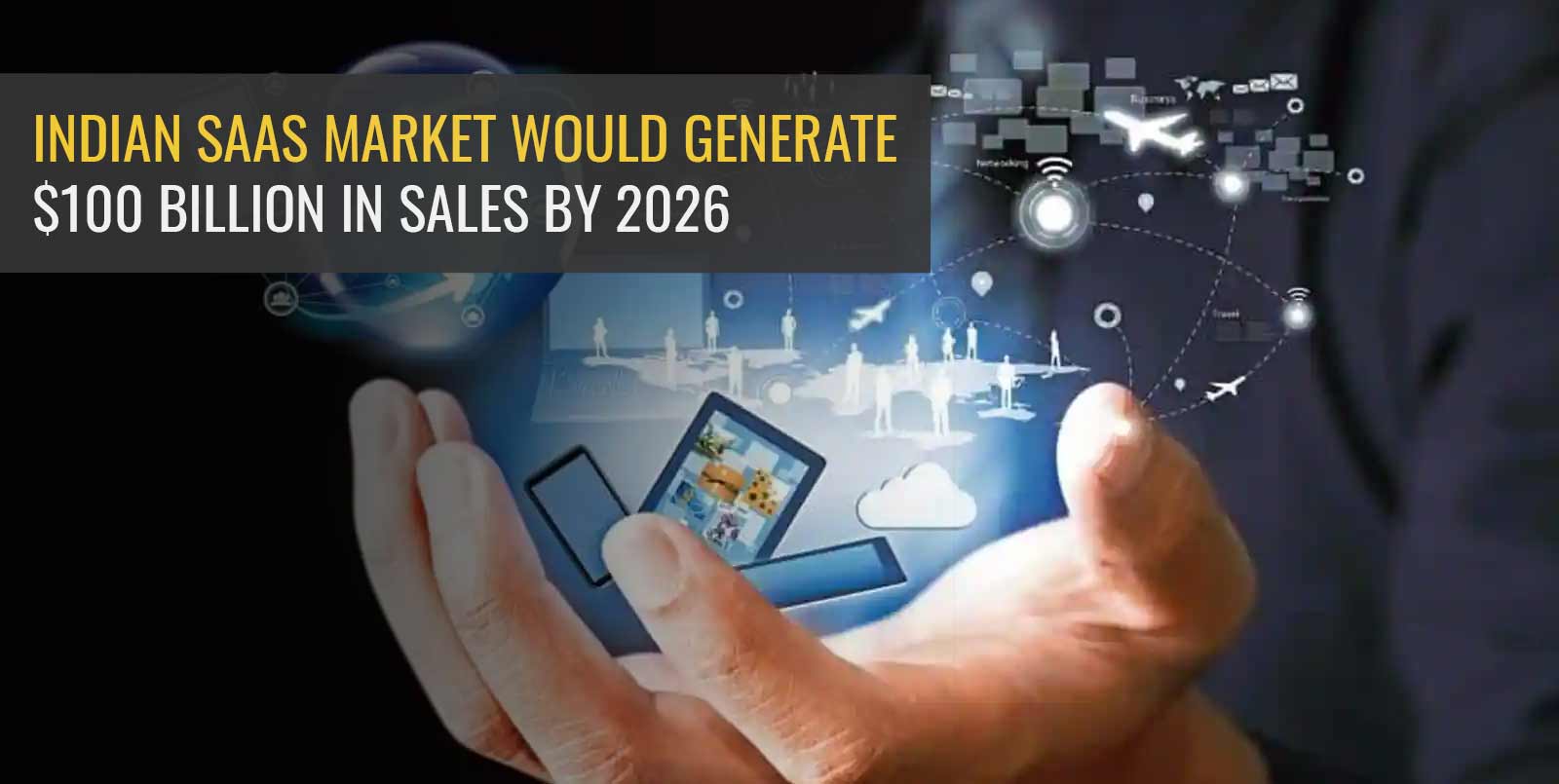 According to research issued on April 19 by consulting firm Zinnov and VC funding company Chiratae Ventures, the Indian SaaS market is expected to generate $100 billion in sales by 2026. According to the research, almost 90% of all SaaS unicorns were created in the previous four years, and there are presently over 1,150 active firms with combined revenue of $8 billion in 2021. The enterprise category accounts for around 40% of sales, making profitability a “realistic milestone for SaaS businesses,” according to the report.

According to the research, India just overtook the United Kingdom in the number of SaaS unicorns and is on track to overtake China as the second-largest SaaS country by 2026. It said that the sector’s development has been expedited as a result of plentiful liquidity, favorable regulations, a proven model, the availability of local talent, and startup exit alternatives.

Hyper-intelligent automation, cloud-native software development, Web3, cloud security, and verticalized SaaS are among the key categories that are emerging as areas of interest for investors in 2022, according to the report, all of which have seen a significant increase in funding activity globally this year. It further said that the next wave of digital talent is projected to emerge from tier-II and tier-III cities, which have a workforce of over three million people who are technologically proficient.

The SaaS industry is the next big thing in India

SaaS (Software as a Service) is a method of software distribution in which service providers host an application on their own servers, which customers may access through the internet. India’s SaaS industry has recently increased in strength, mirroring the global business environment’s rapid digitization.

Over a decade ago, SaaS made its debut in India, catering to worldwide clients. Indian businesses have just recently released the significance of SaaS for their operations. Enterprises with large teams soon embraced software systems for corporate operations. However, as time passed, even startups recognized the importance of software in terms of automation and operational comfort.

What does the future hold for the SaaS sector in India?

While the software-as-a-service (SaaS) phenomenon is ubiquitous, India has a unique opportunity to accelerate its SaaS development. The country’s SaaS industry is estimated to generate $50 to $70 billion in sales by 2030, accounting for four to six percent of the global SaaS market. According to a McKinsey and SaaSBOOMi study, this may be worth up to $1 trillion.

According to McKinsey figures, India now has over 1,000 SaaS companies, including 10 unicorns, with annual revenues of two to three billion dollars and around 40,000 employees. They predicted that by 2030, the number of unicorns will have increased tenfold.

KPMG conducted research that goes considerably farther. According to the analysis, India is on course to become the home of a $10 billion SaaS business, with an estimated global share of 8%. The SaaS industry is growing at a compounded pace of 18 percent, with SaaS in the SMB sector predicted to grow by 36 percent in the next several years.

Currently, the industry employs 40,000 people, with many businesses expanding internationally and others preparing public stock offerings. Interestingly, 10 more unicorns emerged during the outbreak. There were a number of big venture capital acquisitions, including a $150 million investment for Postman, bringing the total amount raised by the Indian SaaS community in 2020 to around $1.5 billion, over four times what was invested in 2018.

Analysts say that the overall growth has been spurred by the inherent cost advantage of Indian SaaS enterprises, which arises from lower overhead costs and the country’s easily available inexpensive, skilled workforce. Over 100,000 SaaS developers and greater technical knowledge are expected to be available in India for a third of what they would cost in the US.

As a consequence, global companies wishing to invest in back-end management often choose Indian SaaS companies. Add in India’s demonstrated advantage in back-end support, courtesy of its IT and ITES industries, which significantly lowers overall corporate costs. Overall, as more businesses transition to the cloud, India is set to see a boom in SaaS.

Do you want to learn about the stock market and the financial world? Angel One blogs provide intriguing news and updates.