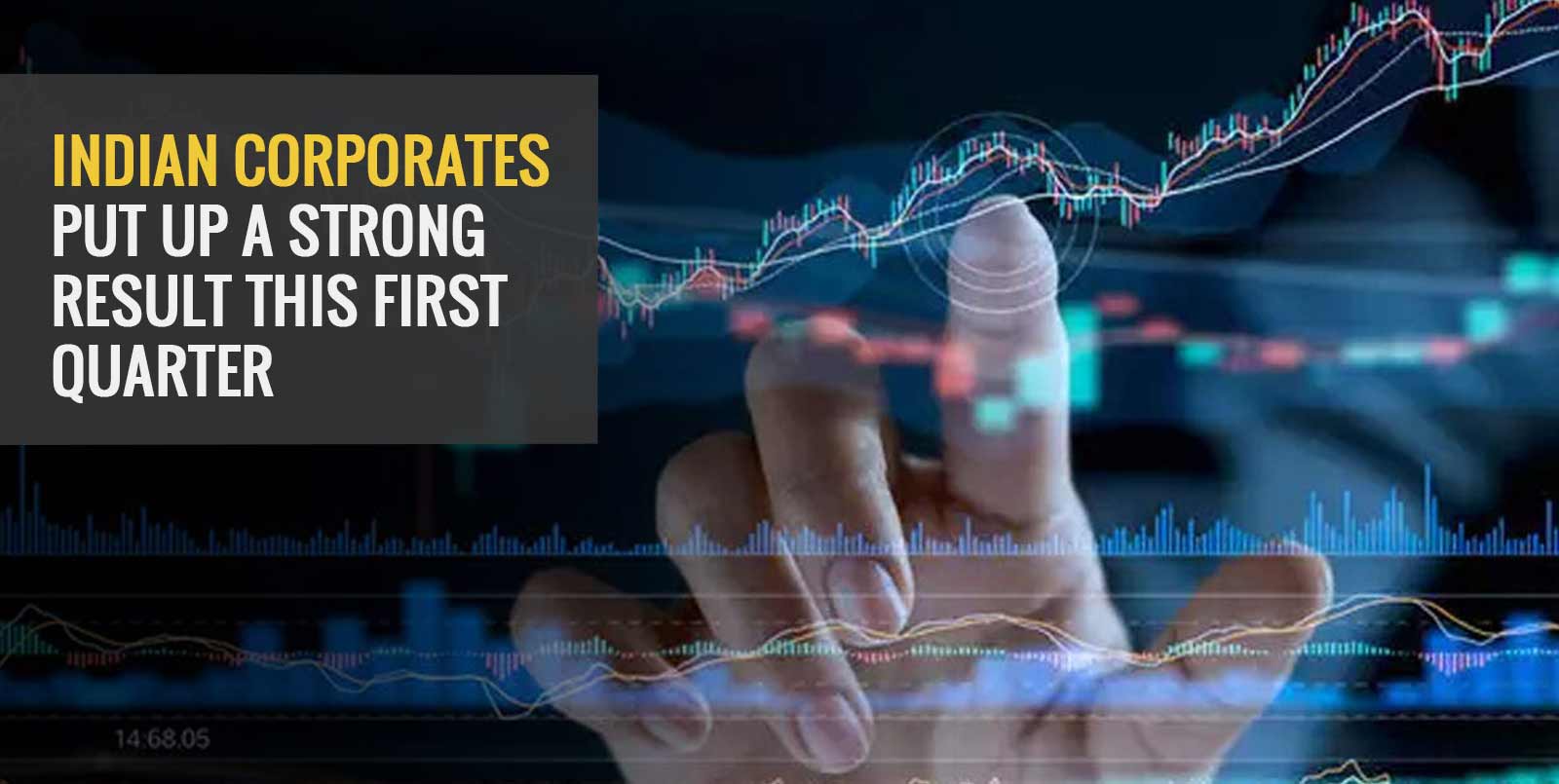 At the aggregate level, companies reported exceptional sales and profit growth in the June quarter, rebounding from a poor base in the previous quarter, which was tarnished by a rigorous lockdown during the first wave of the pandemic. However, growing input costs put a strain on profitability.

Furthermore, regional lockdowns caused by the second wave impacted sequential performance in the June quarter. Analysts predict demand to improve in the coming quarters as the nationwide vaccination campaign gets traction, and owing to the festive season- an increased economic activity.

In April-June, net sales of a sample of 2,328 enterprises increased by 40.9 percent, while net profit increased by three-and-a-half times year on year. In the previous quarter, sales and profit decreased by 25.5 percent and 59.4 percent, respectively. Aggregate earnings in the June quarter were in line with forecasts, benefitting from a lower year-ago base and less rigorous, localised lockdowns.

The impact of the second wave can be seen in a quarter-to-quarter comparison. After growing sequentially during the previous three quarters, the sample’s net sales declined by 8.4%, while net profit plummeted by 10.7% after rising for four quarters. When viewed in order, the performance is less thrilling. Local lockdowns had an influence on both building and consumption.

After growing over the previous four quarters, the sample’s operating margin shrank by 130 basis points to 19.6 percent in the June quarter.

‘Commodity users’ margins have remained under pressure in general. Commodity inflation is here to stay, since supply is predicted to expand by 5% annually, while demand is expected to rise by 10% until FY23. Analysts suggest focusing on firms that are increasing market share to beat the inflation blues.

On the sector level, it was a mixed bag, with the technology and healthcare industries continuing to do well, while infrastructure and lending firms struggled. Within sectors, information technology, materials, such as cement and metals, pharmaceuticals, with the exception of US-based firms, and oil and gas corporations, have outperformed. Automobiles, capital goods, and finance companies, on the other hand, have underperformed.

While the long-term picture is encouraging, there are a few short-term worries. FY22 has started off on a shaky footing. Given the impact of the second wave, demand from the hinterland may not be as robust as it was last year. An inconsistent monsoon has raised fears that the kharif crop would be harmed. Due to the festival season and progress in the immunisation push, investors expect consumption to improve in the second and third quarters.

The September period is likely to see an increase in consumption. Rising indicators such as e-way bill generation, GST revenues, exports, imports, fertiliser sales, and gasoline use are all continuing to rise. The Nifty50’s EPS is expected to rise by 33% to 723 in FY22, with the financials, commodities, and technology sectors leading the way.

Many believe that the government’s focus on housing and infrastructure projects will benefit leading consumer discretionary corporations in the fast-moving electrical items, paints, and pipes sectors.