Fluctuations in interest rates have always had varied impact on an economy and the stock markets being the backbone of the economy, bear the brunt of these fluctuations at all times.

In simpler terms, interest rate is the total cost involved in borrowing funds. It’s a payment that the borrower makes to a lender for letting the latter use his money for the borrower’s benefit. It is an established fact that our decisions on spending rely heavily on the interest that we need to pay.

When we take loans to buy consumer durables such as cars, or even avail housing loans, we need to consider the interest rate first as it is the extra amount payable on the principal amount – the unwanted icing on the cake. This also assumes great significance for any business when it borrows heavily from banks and other financial institutions for capacity expansion, new plants, modernization and acquisitions etc. Thus, the total interest burden plays a crucial role in any business’s profitability. This in turn, affects stock prices.

Any institution, be it a bank or the stock market, which offers higher interest rates attracts the investor. For instance, if banks offered to give 12% interest at least on fixed deposits, how many people would risk their money investing in stock markets and mutual funds where there are no guaranteed returns. Every investor, needless to say, is looking for higher earnings at the lowest risk. If banks offered them this, then wouldn’t the bulk of investor funds shift from the stock market and affect it adversely? The same applies to government bonds and securities with the lowest risk involved.

However, it needs to be borne in mind that should banks guarantee a 12% interest on fixed deposits, they would need to charge anything between 15% — 18% on loans given by them. The brunt of this would, therefore, have to be borne by the borrowers – large corporates, SMEs and individuals – and result in excessive borrowing costs that would eventually and inevitably hurt their overall profitability. This again has a negative  impact on stock prices. Moreover, it has been observed time and again that rising interest rates for longer time periods negatively impact an economy, and recession happens inevitably. A good example would be farmers borrowing at high interest rates to lease and/or buy land, seeds, fertilizers and farming equipment.  They would find it extremely difficult to increase agricultural productivity that match rising costs.  With agriculture being the Indian economy’s backbone, such higher rates of interest would pose to be a block in the total growth process.

Impact of Higher Interest Rates in the Short & Long Terms

While speaking of short term impact, it may be said that companies that have a high debt burden, compounded by higher rates of interest, have reduced Earnings Per Share (EPS). Their stocks, therefore, would be unattractive to investors and end up with depleted prices. Higher interest rates impact certain specific sectors in the long run. Examples of such sectors are real estate, heavy engineering and automobiles, to name a few. This again may prevent investors from putting their money in these sectors, especially if they are burdened with higher interest rates. 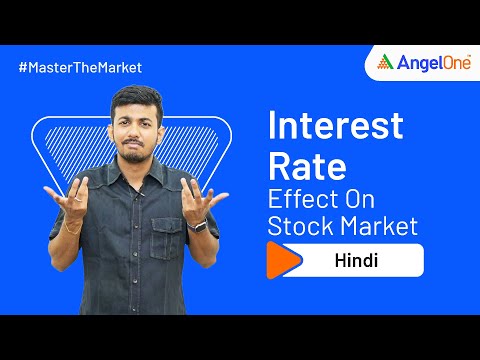 It is already established that interest rates have a grand impact on the stock markets. In fact, there is an inverse relationship between the two. With interest rates going up, the stock market’s activities also start diminishing. Industries that are capital intensive get negatively affected with higher interest rates but stand to gain the most when they come down. It is advisable, therefore, to avoid investing in real estate and the automobiles sectors when interest rates spiral. It is also observed that the IT and Pharma sectors and are relatively less burdened or affected by higher interest rates. In fact, fluctuations in currency rates, rise in attrition levels, competition and visa restrictions affect the IT sector mainly and they are not sensitive to interest rates. Pharma on the other hand, is a defensive sector and leaves ample room for investors to put in their money during volatile and uncertain market conditions. Furthermore, when interest rates spiral, companies that have zero or marginal debts are considered to be kings. FMCG is one such sector that has a low debt situation and attracts investors easily.

The banking sector, however, profits most when interest rates shoot. Their NIMs or Net Interest Margin — the balance after deducting interest earned on money lent and interest paid to depositors – adds to their bottom lines and increases their stock prices. In a nutshell, when interest rates affect consumer behaviour as also businesses, stock markets too, get affected. If any company cuts its growth expenditure or makes less profits – either by way of large debt expenses or even less revenue generated from consumers – than then its estimated future cash flow is expected to drop. This lowers its stock price. Moreover, when a group of such companies functioning in one particular sector or sphere get affected by similar conditions, and their stock prices jointly go down,  the indexes or the market as a whole also goes down. This no doubt, has an adverse effect on investors who desire to see that their invested money increases in value by way of appreciation in stock prices and higher dividends. If the companies in which they have invested record little or no growth and their cash flows in future are uncertain, stock ownership obviously becomes a less desirable option.

Fluctuations in interest rates have always had varied impact on an economy. When raised, it has resulted in lesser amounts of money being circulated and increases inflation. It makes borrowing more expensive, and this in turn, affects the spending habits of businesses and consumers. However, interest rates cannot be held solely responsible for stock price fluctuations as other factors are also involved.