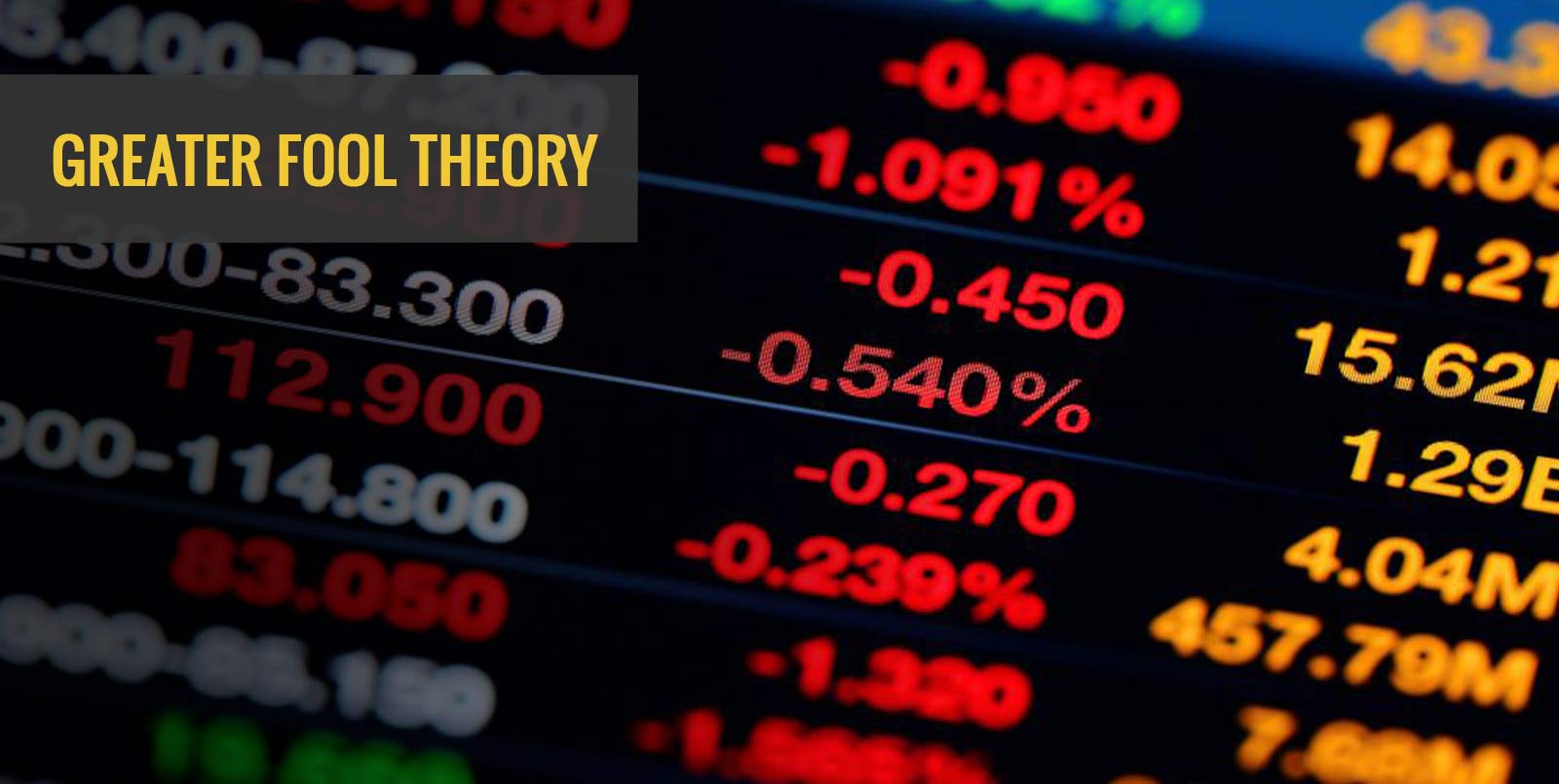 Are you familiar with the term ‘market bubble’? It is an economic event in which prices of specific stocks/assets rise drastically in a short period of time and go far above their fundamental values. During the market bubble, the popularity of stock/asset increases beyond limits as everyone is willing to take higher risk and want to earn higher returns. That’s why investors are willing to pay a huge amount of money to buy them. There is one commonly discussed theory related to the market bubble which is known as the Greater Fool Theory.

What is the Greater Fool Theory?

The Greater Fool Theory simply states that a person can make money by purchasing overvalued stocks/assets and selling them later for a profit as there will always be a person (greater fool) who is willing to pay a higher price for it. An investor who is willing to subscribe to this theory will buy an overvalued stock/asset without any consideration for its intrinsic (fundamental) value.

With regards to the stock market, this theory is based on the idea that you can make money by speculating the future price increase of stock and you will always find a person who will agree to pay more than you did. However, one must know when the market bubble eventually ruptures, the market may witness a sell-off that leads to a sharp decline in the stock price. During the sell-off, if you are holding stock, you might lose a large amount of money. In simple words, when there are no greater fools to buy overvalued stocks, the people who hold the stocks at the time of price decline ultimately end up being the greater fools themselves.

Examples of the Greater Fool Theory

Below are some examples of the Greater Fool Theory that will explain how market bubbles led people to believe that it is a good way to earn returns in the stock market.

From the above examples it is evident that greater fools do exist and it is a very risky strategy for long-term investors. However, even if you wish to implement this strategy, it will take a lot of your time, money, and effort, and that too there is no surety of finding another greater fool who will buy a stock at a higher price.

How to avoid being a greater fool?

Follow the below-mentioned checklist to make sure that you don’t become a greater fool. The basic idea behind the Greater Fool Theory is that you can earn good returns during the market bubble by selling the stock/asset to a person who is willing to pay an even higher price than you did to buy it. However, it is considered to be a risky strategy for investors. Thus, it is recommended for you to not rely solely on this strategy to earn profits in a shorter duration, rather you should do thorough research before making any investment decision.