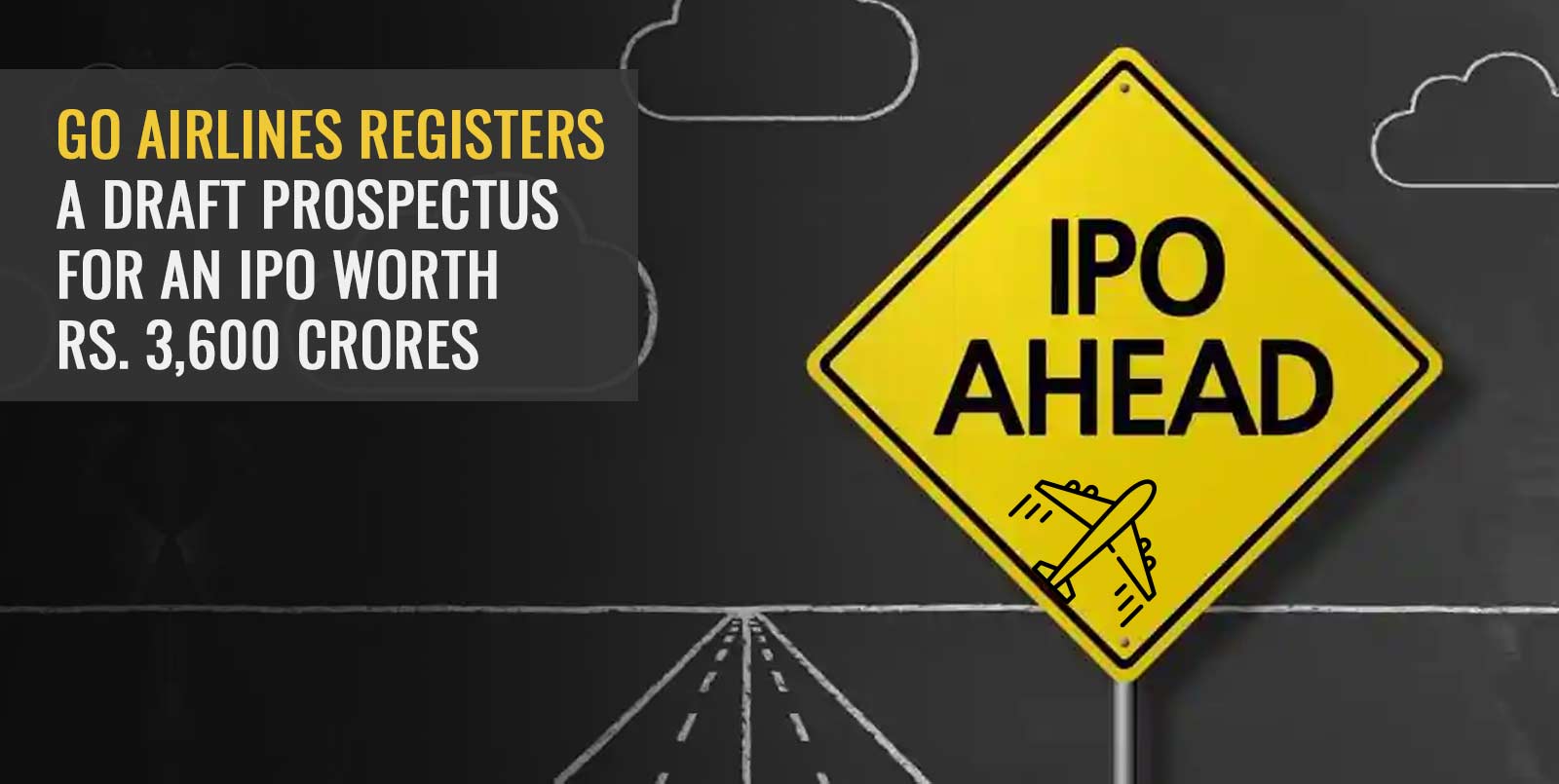 The travel industry has recently reached a snag as a result of the pandemic. Several firms have only recently bounced back and entered the stock market to list themselves publicly amidst the gradually normalising business activities. Several investors have shown interest in GoAir’s proposed initial public offering (IPO). The latest IPO has generated quite a stir in the stock market, given the circumstances.

On May 14, aviation stocks were mixed after Wadia group-owned airline GoAir filed for DRHP for a Rs. 3,600 crores IPO. The airline began operations in 2005 and currently has a fleet of just over 50 aircraft, despite the fact that competitor IndiGo, which began operations a year later, has a fleet that is more than five times its size. The airline would most likely be the country’s first all-Neo airline. For the same reasons that IndiGo is being praised for phasing out older jets, this will give the airline a big boost. The airline would avoid having to pay for expensive repairs and inspections on its older planes.

The GoAir airline, which is owned by the Wadia group, began operations in 2005 and has since transported over 80 million passengers. GoAir has a total of 39 destinations, including 10 international destinations. It flies more than 300 times a day. The company had a debt of Rs. 1,780 crores as of the FY20 report.

There are no pledges in the GoAir airline from Britannia, Bombay Dyeing, or Bombay Burmah. Jeh Wadia, the managing director and promoter, resigned earlier a few weeks before. GoAir has named Ben Baldanza, the former CEO of Spirit Airlines, as Vice Chairman. GoAir’s low-cost carrier has been considering going public for some time, but has been unable to do so on many occasions due to constant discontent within the company’s upper management.

ICICI Securities is currently conducting consultations and deliberations on the IPO’s paradigm. Both Morgan Stanley and Citigroup are said to be assisting with the GoAir IPO strategy. However, in response to a question email sent to GoAir’s CEO, Kaushik Khona, a spokesperson for the airline denied this speculation. Through its stock market debut, the company hopes to reduce its debt and collect funds.

The public listing date has yet to be confirmed by GoAir. In most cases, the IPO will last 3 to 4 days, after which you will be assigned shares depending on demand. If your shares are not allocated to you, the money you paid will be refunded to your bank account.

The cash price range for GoAir’s initial public offering has yet to be revealed. The initial share sale will take place early in the next fiscal.

The airline wants to grow, and an IPO (Initial Public Offering) will be a huge help in raising funds and achieving that goal. With an initial share sale from public investors expected to raise Rs. 3,600 crores, GoAir expects to ramp up its fundraising efforts, most likely by filing the Draft Red Herring Prospectus (DRHP).

Always remember to open a Demat Account and a Trading Account with a trusted and reliable financial partner before starting online trading. If you already have an account, you can begin online trading and investing in upcoming initial public offerings.