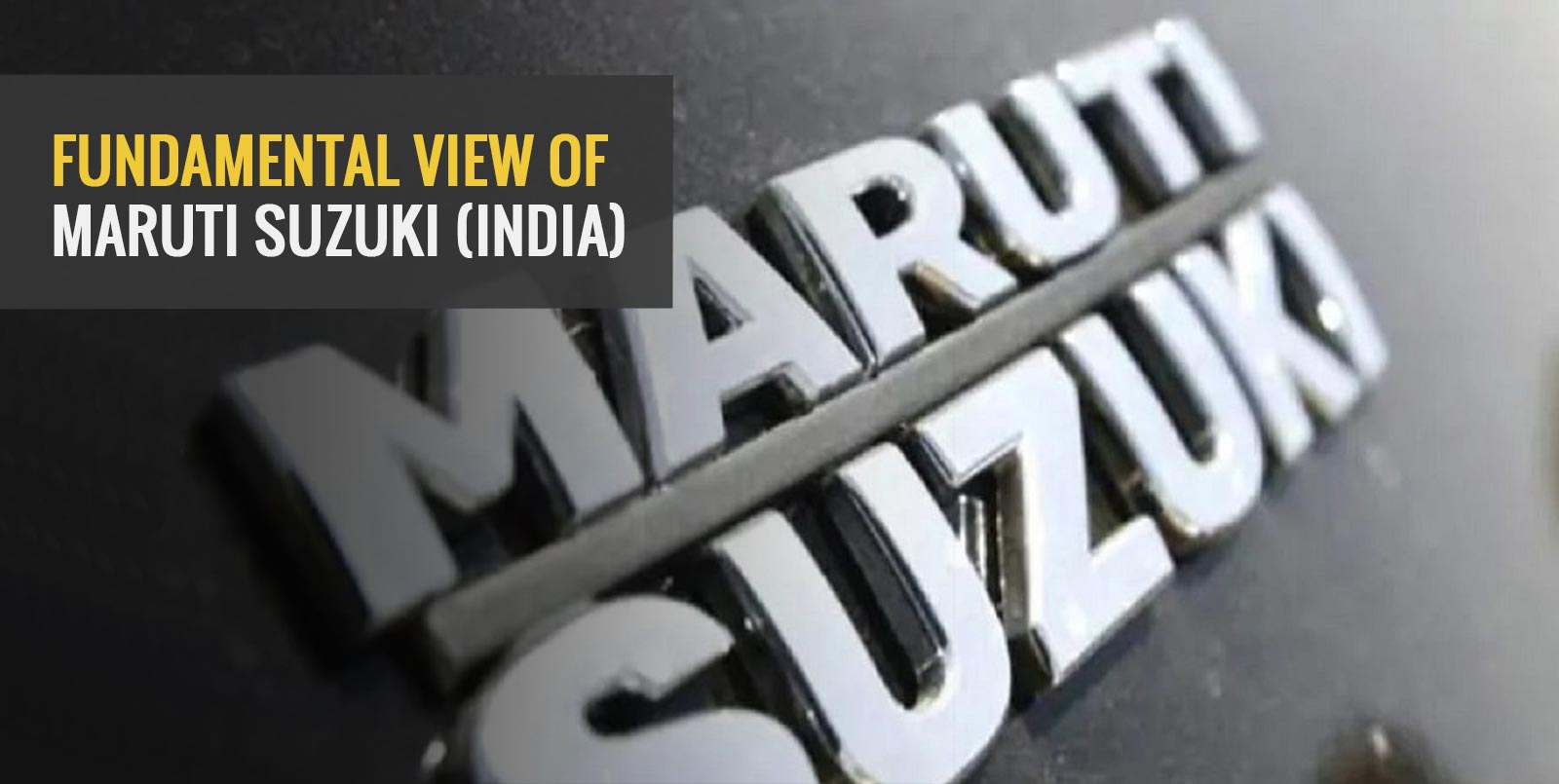 Maruti Suzuki India has got its own place in the Indian automobile segment. And why not everyone has their own story to tell about their Maruti vehicle. It was natural, as there was an era when people used to ask – Kab Le Rahe Ho Apni Maruti?  This indicates whenever someone was planning to buy a four wheeler, it was expected to be a Maruti Car only. With just a few competitors like Premier (Fiat) or an Ambassador, Maruti was considered as a luxury vehicle. Company’s models like Maruti 800, Alto and even the Wagon-R have never been matched in terms of the sales figures they had posted over the years. Maruti was one Company that had given aspirations to the Indian middle class to own a four wheeler. From an era of domination of almost overall market share in India, the company now has got a lot of competition. Eventually the market share has declined with the other companies like Hyundai also gaining a larger chunk of domestic market share. Not only has the competition increased but with other companies entering the scene the product profile has also changed a lot. The change has also been seen with the fuel base also changing. From the Petrol Based vehicles to Diesel based the automobile market has changed a lot. And going ahead things are expected to change further with the Electric Vehicle making its impact felt over the globe. In such a scenario we take a look at how Maruti stands amid all competition and new challenges.

One Sector that has significantly got impacted on account of Covid-19 pandemic is Indian Automobile sector. Constant closure of dealerships on account of lockdown and even the eventual job losses has affected the prospects of the Indian automobile sector. Production has got affected and even the delivery channels. All in all the overall sector has severely been affected. No wonder the performance of India’s largest company by domestic market share has also got affected. For Q1FY22 the performance has been very weak. Maruti Suzuki reported a weak performance in 1QFY22, it was mainly on the back of impact of the lockdowns on volumes as well as commodity cost inflation. While the management has suggested that commodity inflation would persist in 2Q, there are drivers in place for sustained volume and margin recovery from 2HFY22E.

To put the numbers in perspective, the revenues grew to Rs 17770 Crore showing an improvement of 333 percent on YoY basis. With the Q1FY21 getting impacted by the stringent Covid -19 related lockdown, the numbers are not comparable. There has been a decline of 26 percent on a QoQ basis. As regards the EBITDA numbers, in 1QFY22, while EBITDA/PAT came in at Rs 820 Crore and Rs 440 crore both showed decline of 59 percent and 62 percent on QoQ basis.  As for the gross margin declined 90 basis points QoQ to 25.2 percent. This was impacted by raw material cost increase of 350 basis points QoQ. However it was marginally diluted by price hikes of ~1.6 percent on April 21 and lower discounts. While we have spoken about the quarterly performance let’s take a look at different charts to understand how the company stands at other different parameters.

The most important factor for any automobile company is the sales volume it posts. As the volumes grow the company also gets help from the operating leverage and eventually it results in better margins as well. The following chart shows the quarterly volume growth for Maruti Suzuki (India) from FY18 onwards. The following clearly shows that the volume has remained under pressure since the Q1FY20 onwards. This means much ahead of Covid-19 impact being visible on the automobile sector.

There is marginal growth visible since the past few quarter, but it is difficult say if that would be a sustainable growth. AS regards the demand management has suggested that – all states, except two in North East, are open. An uptick is seen in inquiries and bookings. Inquiries are similar to 4QFY21 levels and bookings are at 80–85 percent of 4QFY21. Inquiries in July 2021 are at 120 percent of June 2021 levels and retail is similar to Jun’21. Recovery is led by both urban and rural. The management has suggested that, wholesale in July 2021 should be higher as against the June 2021.

MSIL has always been known for its higher market share. However over the period the things have undergone change. MSIL has constantly lost share to the other players.  And with the few links missing from the product portfolio, we believe the share is likely to further go downwards.

MSIL could emerge as the biggest beneficiary of demand recovery in the post-COVID period, considering its stronghold in the Entry-Level segment and a favorable product lifecycle. New launches, targeted at filling the gaps in its portfolio, are likely to improve the overall product mix. It is true that the company has planned for few launches in the coming period, but again how the product is perceived and taken up by the customer remains the key factor.

Realisation is very important in the automobile sector. Rather lower discounts and better realisation indicate towards the better product placement. On the realisation basis the company has shown betterment, however it should be sustainable.

Realisation has been good throughout the Covid -19 impacted period. However we are a bit sceptical about the sustainability of the same. If realisations decline, it will make an impact on the margins. Let’s take a look at how the margins are right now.

EBITDA Margins on a Declining Trend

EBITDA per vehicle and the Margins have got affected over the past few quarters. We feel with the commodity inflation on the rise the margins are expected to remain under pressure.

As mentioned earlier, in Q1FY22 results the commodity price pressure was visible on the raw material prices. We feel the pressure is likely to continue going ahead as well. Add to that the consistent pressure on the back of constant high fixed cost impact, the margins are likely to be under pressure.

The following chart clearly indicates how the fixed cost has remained elevated over the period. It is possible that going ahead the fixed cost pressures may ease a bit however at current levels the fixed cost as percent of sales is on the higher side. It needs better capacity utilisation to reduce the cost, however we believe it won’t be going back to the levels seen back in FY18 or further.

The chart below clearly shows that MSIL has consistently increased its capacity. However at present the utilisation levels is at the lowest level of 73 percent. It is expected to improve in FY22 and FY23 as the Covid-19 pandemic pressures are likely to ease.

Cash Flow Generation – What to Expect?

While we speak about all the parameters of the company, at the end of the day it is the free cash Flow that actually matters. Always remember, Topline is a Vanity, Bottomline is a Sanity and the only reality is Chas flows. Let’s see how the company is expected to perform on the cash flow front.

There are two important factors that emerge from this. First the capex as percentage of sales is on the decline. From the levels of 5.5 percent in FY19 it has now gone to 3.3 percent in FY21. Marginal improvement would be visible in FY22 and FY23, but no major capex seems to be occurring. Free Cash Flow (FCF) is likely to remain lower than the FY18 kind of period. Remember after FY18 the periods like FY19 and FY20 were difficult as the FCF has declined.

As we stated earlier the company has posted weak numbers for the Q1Fy22 and the raw material price pressure is likely to persist in the remaining part of FY22 as well. The market share is on the Decline and the new models are yet to find a right place in the market. There are few new launches expected but the success of the same needs to be watched closely. Management is speaking about the hybrid vehicles and even the Electric Vehicles, however it would be too early to discount the same. All in all, we feel in the short term to medium term the scrip is likely to underperform the broader indices.