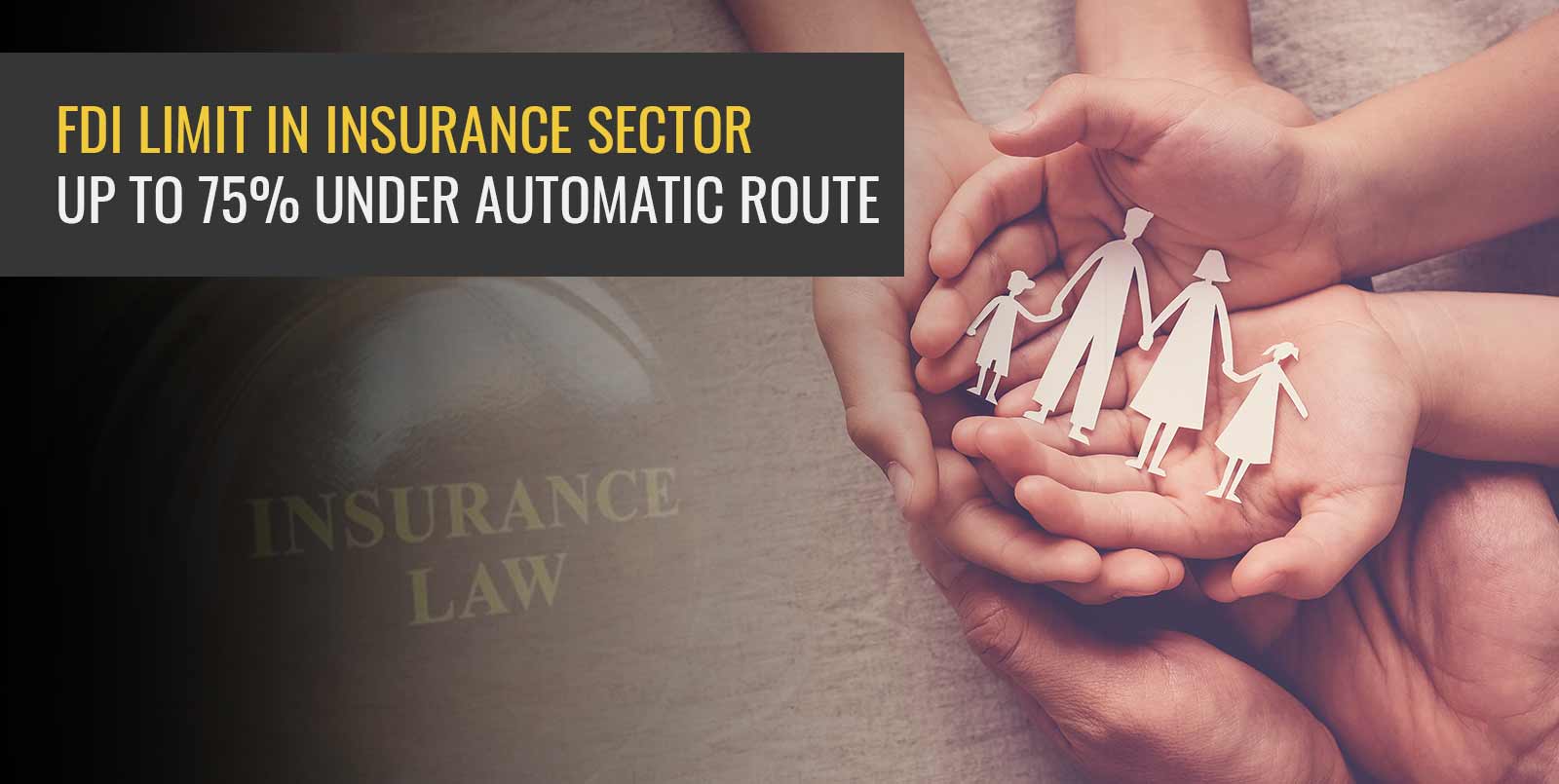 The Department of Promotion of Industry and Internal Trade (DPIIT) has indicated the government’s decision to increase Foreign Direct Investment (FDI) threshold in the Indian insurance sector to 75% from 49% (2015). This statement was a result of poor density and penetration in the country’s indisposed insurance sector.

What led to this announcement?

According to reports by IRDAI, insurance penetration in India stood at 2.74% for life insurance policies and 0.97% for non-life insurance plans, despite the existence of 60 companies.

The above data is significantly low compared to developed nations like Japan, UK, Singapore, etc. This clearly indicates a massive need for growth in India’s insurance sector and the deprivation of a majority of the Indian population.

As per the press note by DPIIT, this amendment will take effect from the Foreign Exchange Management Act (FEMA) notification issuance date.

This bill was passed in Parliament in March 2021 and is an amendment of the Insurance Act, 1938.

A closer look at the Budget 2021: FDI limit hiked to 75% under automatic route

The recent announcement is a significant step for the Indian insurance sector. Additionally, the safeguards announced in this amendment include:

This will ensure liquidity and adequacy to meet liabilities in different scenarios, further building policyholders’ confidence.

Moreover, here are a few benefits of an increased FDI threshold limit:

Indian insurance industry was liberalized in 2015 to increase FDI limit to 49% from 26%.

However, after the initial days of this amendment, the Indian Insurance Companies Rules 2015 prescribed that FDI investment up to 26% under automatic route was allowed. Any proposal that takes total investment above 26% and up to 49% had to seek Foreign Investment Promotion Board’s approval.

Later, this rule was amended in 2016 to legitimize 49% of foreign investment in India’s investment sector under automatic route.

To conclude, it is evident that Budget 2021 has brought about certain policy changes and extensive regulations to implement the government’s decisions. This announcement to hike FDI limit in the insurance sector to 75% under automatic route is a comprehensive step towards the right direction, aiming to create positivity towards international investment’s scope in the Indian insurance sector.