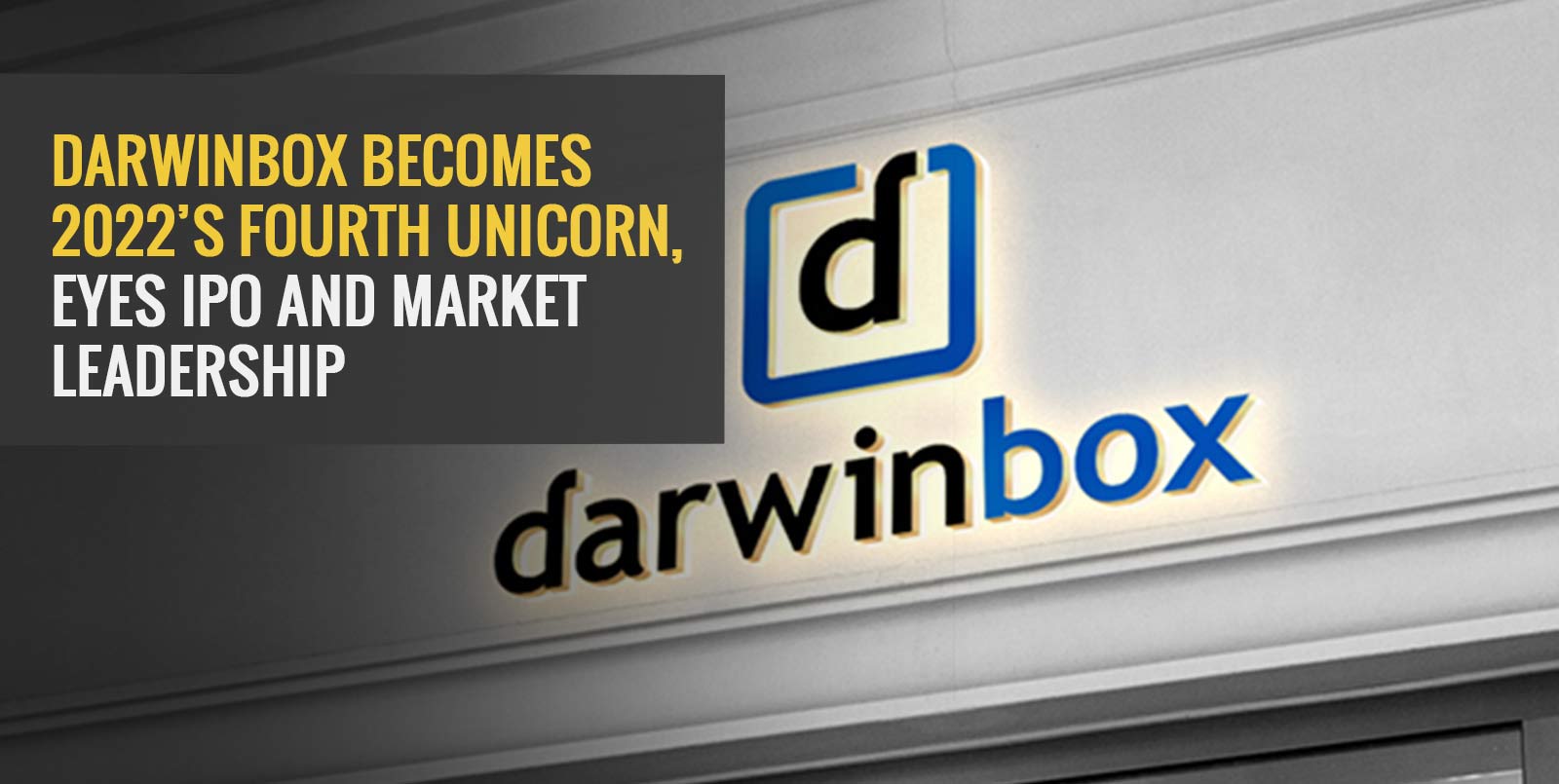 On 25 January 2022, HR-tech startup Darwinbox reported raising around $72 million through a funding round led by TCV. This put forth a valuation of more than $1 billion, providing it with the unicorn tag as top technology stocks plummeted over the previous few days.

Do you want to know more about this company and its future plans?

Founded by Rohit Chennamaneni, Jayant Paleti and Chaitanya Peddi, Darwinbox operates in the HR-tech space. It focuses on digitising operations such as employee onboarding and payroll.

According to sources, its ARR (Annual Recurring Revenue) doubled to reach nearly $30 million YoY. However, the company declined to confirm or comment on the same. Its valuation is over 30x of its revenue, which signals aggression amongst investors even as global software stocks have suffered lately. Darwinbox also belongs to one of the only software unicorns that generates revenue mainly from India instead of the U.S.

Regarding its impressive valuation, the firm’s co-founder said that the company would grow into its valuation with half of its raised funds. So, Darwinbox is not worried about the market. The primary focus of the company is to grow into the market leader in the coming 18 months in India, the Middle East and Southeast Asia. After this, the next step for Darwinbox would be to launch its IPO.

Darwinbox’s co-founder also said that the public laughed at the firm initially, where Oracle and SAP dominate the market. But, Asia’s time to purchase SaaS has come. Moreover, the most significant opportunity is to shift to the cloud from on-premise systems. During such times, the United States is just an option for the company and not the centre for its operations.

Like most technology-driven companies, Darwinbox also benefited from the COVID 19 pandemic. This pandemic drove the adoption of digitisation across sectors and generated millions of new users to industries such as real estate, healthcare and manufacturing.

As a result, its customer base grew from 500 to 650 during the previous year. In addition, its deal size has also increased while it made an effort to upsell to its existing customers.

Darwinbox also features an NRR (Net Dollar Retention Rate) of 115%. NRR is a significant metric that indicates a company’s growth forecast if it does not add new customers.

The company further looks to develop technology to include other functions created by other companies.

Various SaaS companies, including Darwinbox, struggle to retain talent despite strong growth. However, because of work from home, employees are feeling more disconnected and their chances to earn more salaries is even more now due to this funding boom.

Regarding this issue, Darwinbox’s co-founder said that they are trying to combat this by hiring employees from colleges rather than professionals. Instead of recruiting a function head, he is eyeing to recruit and groom fresh college graduates and train them to become leaders.

Other investors of Darwinbox include Lightspeed India, Sequoia and Salesforce Ventures.