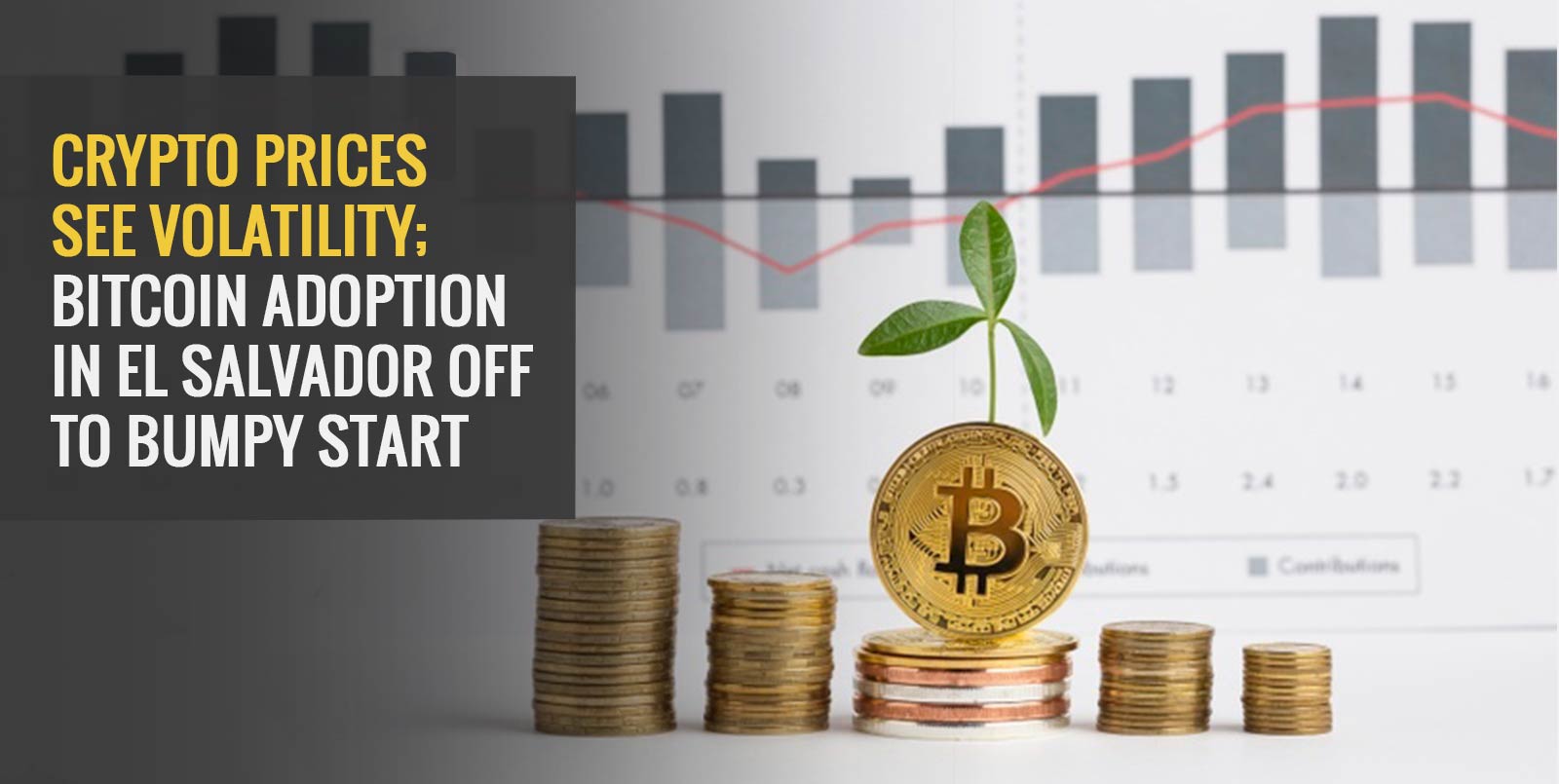 Cryptocurrency prices dropped steeply on September 8, on the back of a heightened volatility and a huge sell-off. While Bitcoin fell to $45,000 levels, Ethereum traded at $3,300 levels, both dropping 13.48 and 14.45 per cent, respectively.

The cryptocurrency prices, including those of Bitcoin, Dogecoin and Ethereum, have been experiencing a lot of volatility over the last couple of days. Before the fall, Bitcoin had hit a peak of $52,948 in a session, while Ethereum had touched nearly $4,000. Following the drop in Bitcoin prices, shares of other blockchain firms also dropped. On Wednesday, the market cap of the world’s cryptocurrencies was reportedly $2.11 trillion, a drop of over 11 per cent from a day before.

Why did prices drop?

One of the reasons cited by experts for the drop in prices of cryptocurrencies is linked to El Salvador officially turning Bitcoin into legal tender, the world’s first nation to do so. Legal tender refers to payments that have official recognition; any sovereign/official currency of a nation that citizens use for any kind of financial transactions is legal tender. Initially, on Monday, the Latin American country managed to push Bitcoin prices up 1.49 per cent taking the price of the cryptocurrency to over $52,680. The country, according to reports, bought 400 Bitcoins which amounted to $20.9 billion.

Also, in August, the Latin American country began setting up ATMs for Bitcoin users to convert their cryptocurrency into US dollars so that they could withdraw cash without commission. El Salvador’s currency has been the US dollar ever since 2001.

What exactly is Bitcoin and when did it debut?

Bitcoin was the first cryptocurrency to be created in 2009 and uses blockchain technology to record and safeguard every transaction. It is a decentralised digital currency and is not yet legal tender in any country apart from El Salvador. Because cryptocurrencies are not regulated by central banks of any country, their price is subject to volatility. Bitcoin, which in terms of market cap, is the largest crypto, had touched an all-time peak of $65,000 in April 2021. When Bitcoin debuted in the market, it was 1,309.03 vis-a-vis one US dollar. In 2010, it traded at $0.08, while it hit $20,000 in 2017.

The President of El Salvador, Nayib Bukele, had earlier given a thrust for adoption of the cryptocurrency by announcing in June that each Chivo user would receive $30 from the government. El Salvador has sought a loan worth $1.3 billion from the IMF. Earlier in April 2020, the IMF had given the nod for a loan of $389 million even as the pandemic made inroads into the country. The World Bank had earlier reportedly rejected El Salvador’s request for help in its attempt to adopt Bitcoin as legal tender.

The economy of the Latin American country is heavily dependent on remittances, ie, money that is sent to El Salvador from people living abroad. Remittances contribute to nearly 20 per cent of the country’s GDP, according to reports. Data suggests that over two million people from El Salvador live abroad and send more than $4 billion by way of remittances annually. The Salvadoran President is quoted as saying that the adoption of Bitcoin would make remittances less expensive. According to research cited in news reports, less than one per cent of the world’s remittances across borders constitute crypto.

Tech infrastructure that is needed for widespread access to Bitcoin, in terms of Internet access, is likely to pose a challenge for El Salvadorans, reports note, adding that only 45 per cent of the country has Internet accessibility. Other Latin American countries like Panama are keenly watching the developments after adoption of Bitcoin as legal tender in El Salvador as they consider the pros and cons of turning the crypto legal tender.

Bitcoin and other cryptocurrency prices dropped over the past few days as El Salvador, which became the first country in the world to adopt Bitcoin as legal tender, hit technical snags.

Is cryptocurrency legal tender in any country?

Bitcoin was the first cryptocurrency to be adopted as legal tender by El Salvadore, which is also the first country in the world to do so.

What exactly is Bitcoin?

Bitcoin is a digital currency that uses a decentralised framework, known as blockchain technology, wherein transactions are recorded and secured in a distributed ledger. It made its debut in 2009.

Disclaimer: Angel Broking Limited does not endorse investment and trade in cryptocurrencies. This article is only for education and information purpose. Discuss with your investment advisor before making such risky calls.