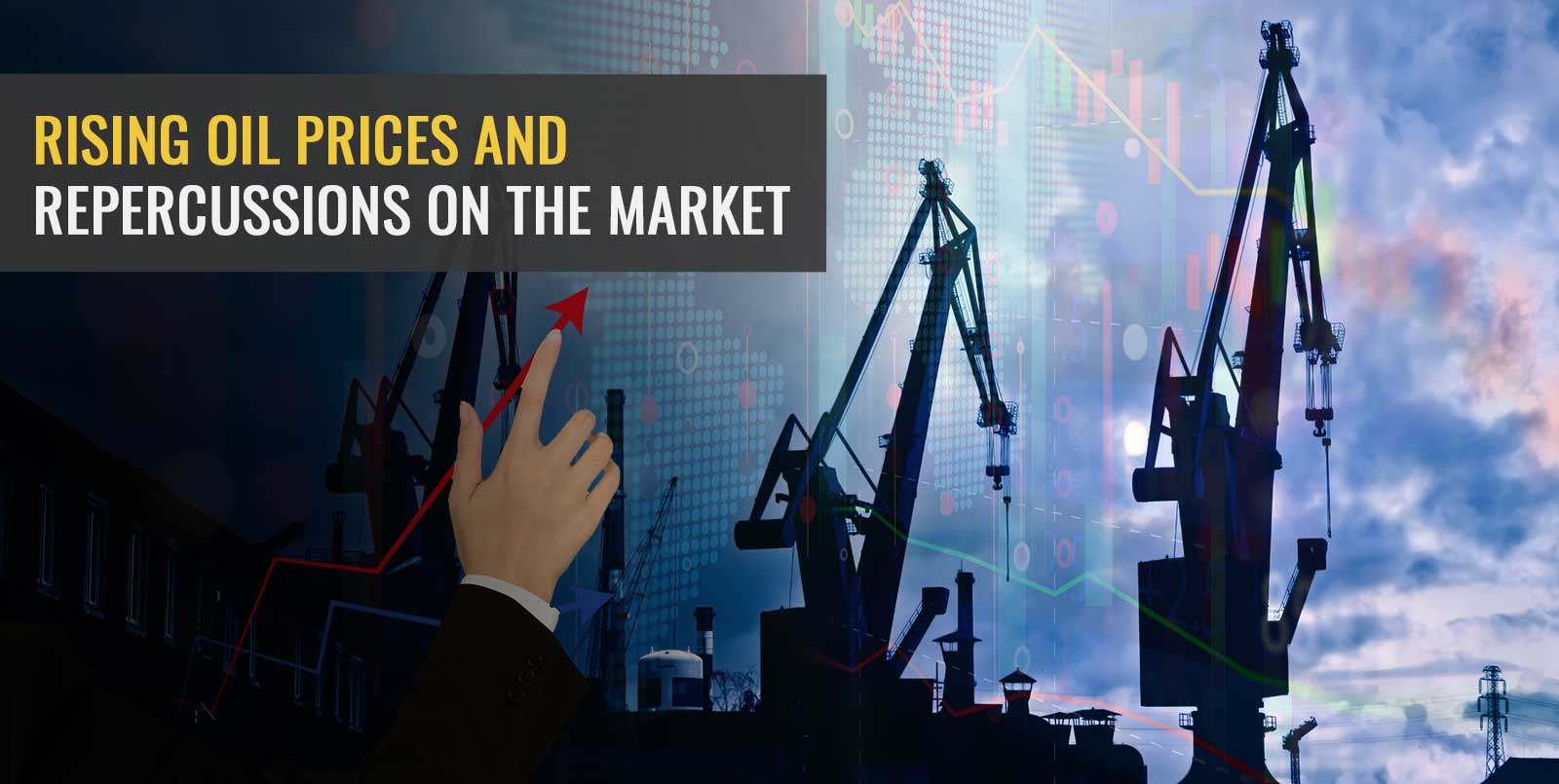 The rise and fall of oil prices are crucial not just to the global economy but the markets as well. In India too, any change in oil prices is bound to have a ripple effect on the markets. Crude oil prices have been rising in the recent past; on January 19, crude oil prices stood at Rs 3840 per barrel, up by Rs 27.

Meanwhile, there has also been a spike in crude prices internationally, as it touched $55 per barrel. In fact, crude prices have gone up by nearly 40 per cent from November owing to the news of vaccine rollouts and opening of economies across the globe. Another key reason for the global rise in prices is the decision by Saudi Arabia to cut production of oil by a million barrels. The US stimulus package announcement ahead of the Biden-Harris inauguration also came as a boost for oil prices.

It needs to be noted that India is the third largest importer of crude oil, importing more than 80 per cent of its oil needs. The country’s oil imports have touched a three-year high in December 2020.

According to a Barclays’ report, rising oil prices and inflation will pose a worry for India’s economy and also the markets. The report notes that a $10 per barrel rise in crude oil price will push fuel price of Rs 5.8 per litre, thereby pushing headline inflation by 34 basis points over a three to six month period. The estimates, according to media reports in mid-December, say are on the assumption that there are no fuel taxes. The report further notes that if the government were to offset the rise in crude oil prices by cutting petrol/diesel taxes, inflation would go up by 56 basis points over a period of a year.

The actions of the central bank towards checking inflation also needs to be watched closely. Retail inflation, which had touched 7.6 per cent in October 2020, has eased to 4.59 per cent in December, largely because of decreasing food prices.

Win some; lose some

The markets will need to watch out for inflation and crude oil price rises, as any rise will impact the markets. The rise will set off further actions such as a rise in costs of goods and services, thereby impacting the purchasing power of an average investor. When purchasing power drops, it may affect sectors that are consumer-driven, say consumer durables or some FMCG companies.

When oil prices soar, every sector has some sort of impact. Companies that offer services to oil extraction and exploration firms will get a boost from rising oil prices. Oil and gas stocks have already been seeing an uptick owing to the rise in crude prices, with the BSE Oil & Gas trading at nearly 15,000-levels.

Increase in oil prices means higher input costs for many industries. Take companies into manufacturing of tyres, shipping forms, airlines, freight companies or those manufacturing footwear. The rising oil prices may impact their profitability and therefore, affect their stock prices over the short term. Stocks of oil marketing companies and auto players usually have an impact when the price of crude goes up. On the other hand, when crude prices drop, they tend to gain. Also, if the rupee weakness in the wake of a further rise in crude prices, IT will stand to gain as it relies on exports.

The rise in oil prices from the historic 2020 low is a recovery of sorts but it needs to be seen which direction crude prices take in the rest of 2021. Will prices continue to surge or is the current rise a correction? The status of vaccine rollouts and coronavirus infections will also impact the prices and demand well into 2021.

According to OPEC’s outlook for 2021, the global demand for oil is forecast to rebound by 5.9 millions of barrels/day in OECD, and in the non-OECD, oil demand growth is expected to be around 3.3 mb/d, with India and China hogging a majority of that growth. The outlook also states that industrial and transportation sectors will lead this growth in oil demand.

Rising oil prices are bound to impact the markets, as some oil and gas stocks pick up over the immediate future. Both a rise and drop in crude oil prices see certain sectors gaining over the short-term. In the medium to long term, it would need to be seen if the prices are rising out of bounds or are correcting from earlier all-time lows.