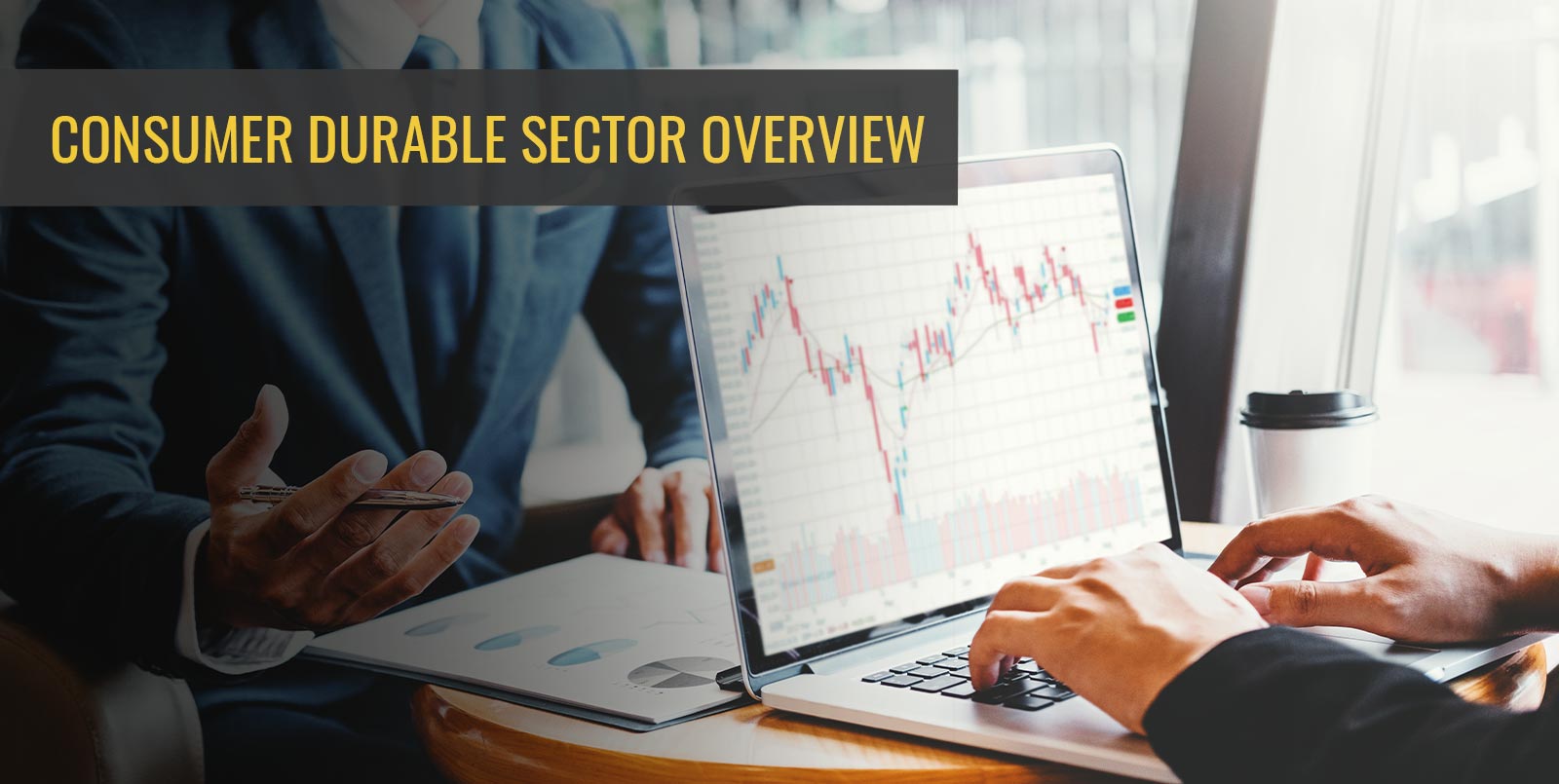 Indian Stock markets in recent times have been in a correction phase after posting a strong bull rally. The pause in the bull rally was on the account of multiple reasons such as rising global inflation, supply chain issues due to lockdowns, fears of rising interest rates, and the Ukraine-Russia war which fueled further inflation issues. Rising interest rates have made the equity market unattractive for Foreign as well as domestic investors which has led to the continuous selling of stocks. However, post a significant correction in the market, the current scenario looks more attractive as a lot of stocks and sectors are available at a significant discount and near to their historical valuations. Sensex & Nifty P/E has itself fallen near to its historical averages. Likewise, if we look specifically at the Consumer durables sector, its 1-year forward rolling basis P/E is trading at a discount (Currently trading at 41xPE from its peak at 59.6xPE) and currently it is near its 5-year historical average of 39.3x PE. Letus have a detailed discussion on the consumer sector to understand the current scenario.

During the 4QFY22, despite Omicron disruptions in January-2022, most of the companies have reported healthy revenue growth due to the early onset of summer, pent-up demand, positive consumer sentiment, and market share gain for the organized players. Further, companies saw healthy revenue growth momentum in the month of May-2022.On the rural front, companies witnessed muted rural demand. However, we believe rural demand has bottomed out and expect healthy demand recovery on the back of a normal southwest monsoon and expected improvement in agriculture prospects.

Managements expect this strong demand to continue for the next two years on the back of positive consumer demand trends, revival in the Real Estate sector, Govt.’s infra push, and revival of the Capex cycle with possible negative surprises coming from the continued high inflationary environment.

During the 4QFY22, most companies have reported margin contraction due to higher commodity inflation (supply chain issue and prolonged Russian and Ukraine war). We expect margin pressure to sustain due to rising raw material costs, and an increase in freight and packaging costs (due to an increase in oil prices) in 1HFY23. During FY22, several companies had taken price hikes between 10 to 20%, inline with the rising prices of raw materials. Further, some companies have taken a 4-5% price in May 22. However, we are seeing some price corrections from the peak in various commodities (such as copper, aluminum, steel, etc.). Going ahead, various company managements expect operating margin to normalize in 2HFY23 due to high base and correction in raw material prices.

So, to conclude, we expect the dynamics to change in favor of the consumer durable sector on the back of multiple factors such as expected correction in raw material prices, an increase in rural demand, and supply chain issues being resolved as economies are opening. Further, increasing penetration of consumer durable products, and government initiatives such as the PLI Scheme, Make in India, and Atmanirbhar Bharat would aid domestic manufacturing. These themes are expected to play out in the next couple of years which would prove very beneficial for companies in this sector and thus reduces the longevity risk as this sector is about to witness a good growth period. Hence, we expect the ROE of companies to sustain at higher levels as well as see strong growth. This combination of strong band, high RoE with strong earnings growth, and comfortable valuations make us Bullish on this sector going ahead.