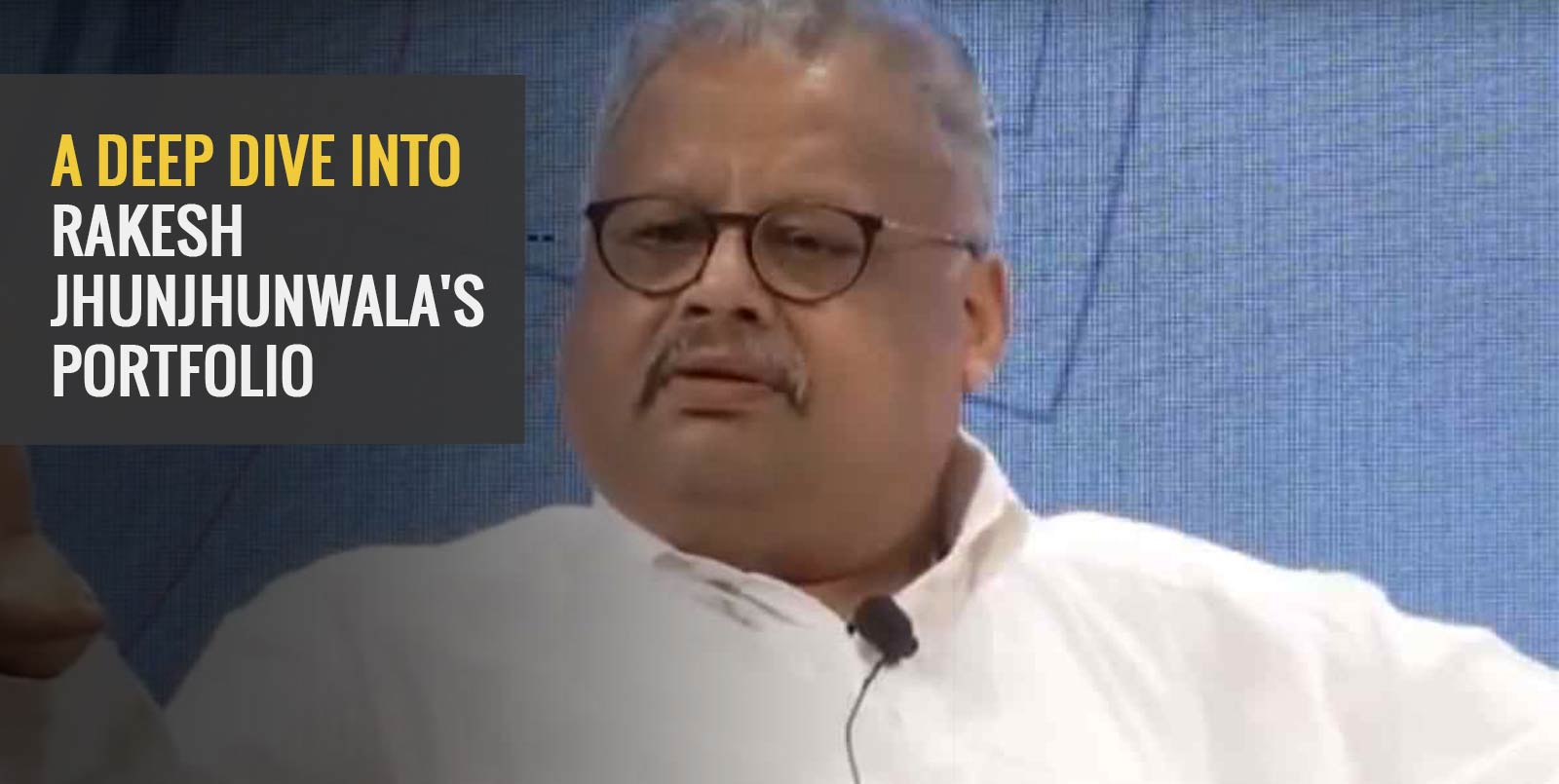 WHO IS RAKESH JHUNJHUNWALA

Rakesh Jhunjhunwala, an investor with a golden touch, is commonly referred to as the Warren Buffet of India. Apart from being an investor, he is primarily a Chartered Accountant. Jhunjhunwala is the 48th wealthiest individual in the country, according to Forbes’ Rich List, with a net worth of $3 billion. On July 5, 1960, Jhunjhunwala was born. After graduating from Sydenham College in 1985, he joined the Institute of Chartered Accountants of India. Jhunjhunwala is involved in Hungama Media and Aptech as their chairman and the director on the boards of Viceroy Hotels, Concord Biotech, Provogue India, and Geojit Financial Services. Nutrition and education are two of his interests in his philanthropic portfolio. Jhunjhunwala intends to donate 25% of his fortune to charity.

Jhunjhunwala began dabbling in the stock market while in college. He enrolled in the Institute of Chartered Accountants of India, but he chose to jump into the Dalal street headfirst after earning his degree. His initial capital investment began with Rs 5,000 in 1985, which became Rs 11,000 crore by September 2018. After hearing his father discuss the financial market with his friends, Jhunjhunwala became interested in it. Jhunjhunwala claimed his father advised him to read newspapers daily since it was the news that caused the stock market to move. While his father permitted him to participate in the stock market, he refused to lend him money and banned him from borrowing money from friends.

In 1986, he made his first significant profit when he purchased 5,000 shares of Tata Tea for Rs 43, and the value climbed to Rs 143 in three months. He made a profit of more than three times his investment. He made between 20 and 25 lakh in three years. Jhunjhunwala has made successful investments in Titan, CRISIL, Sesa Goa, Praj Industries, Aurobindo Pharma, and NCC throughout the years. His stock prices dropped by 30% during the global financial crisis of 2008, but he rebounded by 2012. Since then, there has been a turnaround in Rakesh Jhunjhunwala’s 2021 portfolio.

Rallis India Limited is the first company in Rakesh Jhunjhunwala’s portfolio for 2021. Its current share price is around Rs. 318. The intriguing part about Jhunjhunwala’s stock is that when NIFTY was low, many companies were bleeding. This company gave a return of more than 85 per cent. Rakesh Jhunjhunwala purchased about 9.93 per cent of the company’s shares for his portfolio. His entire investment in the company is worth more than Rs. 550 crores. This company is owned by Tata, which produces agricultural inputs needed in manufacturing. The entire market capitalization exceeds Rs. 5,500 crores, with a price-to-earnings (PE) ratio of around 32.

The following stock in Rakesh Jhunjhunwala’s 2021 portfolio comes from an entirely different industry. The pharmaceutical sector is the name of this sector, and the company is Lupin Limited. Lupin’s share price is now at Rs. 1,080. This firm has a 10-percentage-point return, and the total number of shares in Rakesh Jhunjhunwala’s portfolio is worth around Rs. 66 lakhs. He has a total interest in the firm of about 1.4 per cent. The total amount he invested today amounts to about Rs. 700 crores. Rakesh had been a long-term investor in Lupin, and the pharma sector had been on the decline until the COVID-19 epidemic struck.

Crisil Limited is another of Rakesh Jhunjhunwala’s stocks. Crisil is a rating organization that assigns ratings to various debt products. In addition, it releases its research papers. The current share price is Rs. 2,850. He has purchased 39 lakh shares in this company, giving him total ownership of around 5.4 per cent. The entire value of his investment when he bought these shares is about Rs. 690 crores. In terms of financials, Crisil has a market capitalization of Rs. 12,000 crores. It has a PE ratio of about 35. Crisil has had a positive return of 24 per cent during the last year.

SHARES FROM THE PORTFOLIO SOLD

Rakesh Jhunjhunwala’s portfolio has been trimmed down recently by selling a few shares or all his stake in various companies. Here are the few companies where the mogul sold his stake in:

According to the Bombay Stock Exchange (BSE), Rakesh Jhunjhunwala owned 2.88 per cent of Firstsource Solutions, or two crore shares, as of September 2020. His stake has now dropped to almost nothing. Firstsource Solutions provides a variety of business process management services across the customer life cycle via transaction processing. Banking, financial services, and insurance are the company’s segments: non-banking, financial services, and insurance. The stock has increased by 300 per cent in a year and 29 per cent since the beginning of this year.

Titan stock was sold from Rakesh Jhunjhunwala’s portfolio in the March 2021 quarter. In the first quarter of 2021, the affluent investor sold 22.50 lakh shares. According to the March 2021 ownership pattern, Jhunjhunwala and his wife Rekha Jhunjhunwala owned 5.06 per cent of the firm, up from 5.32 per cent in December 2020. Titan Firm’s stock dropped significantly when the company reported its March quarter earnings. The business recorded a standalone profit of Rs 529 crore, up from Rs 357 crore in the same period last year. The stock, which he considers one of his favourites, has returned 15% in the previous six months and 70% in the last year.

As part of Rakesh Jhunjhunwala’s 2021 portfolio, he owned 7.75 lakh shares, or 5.29 per cent of the company, at the end of the December quarter last year. Jhunjhunwala reduced his shareholding in the water and environment management company in early March of this year. According to the BSE, Jhunjhunwala sold a little more than 1.5 lakh shares for Rs 1,205.19, valuing the transaction at Rs 18.17 crore. His company, Rare Investments, sold 3.87 lakh shares for Rs 1,205.42 each, for a total transaction value of Rs 46.73 crore. Following the share sale, Ion Exchange’s stock fell 4.01 per cent to Rs 1,347 on March 3 against the previous closing of Rs 1,403.20 on the BSE. Since the beginning of the year, the small-cap stock has risen 58.5 per cent.

Disclaimer – The article is only for educational purposes and all the information given in the articles is available in the public domain.