The November 30th meeting of the OPEC was critical in more ways than one. For the first time since 2008, the OPEC went about setting a clear target for reducing production by setting quotas for each member of the OPEC group. The OPEC members agreed to jointly cut daily production of crude oil by 1.2 million barrels per day (bpd). This brings down the daily production of crude by the OPEC to 32.5 million bpd. This agreement to restrict supply has been under discussion for many months but it is only now that Russia too has agreed to support the supply restriction. Crude prices have fallen from $115/bbl in mid 2014 to a low of $24/bbl in Feb 2016. Over the last 8 months, the price of Brent Crude has nearly doubled.

Ever since the announcement was made by OPEC on 30th November, oil prices have been moving one-way up. In fact, Brent crude has appreciated nearly 18% in the 1 week since the OPEC meet on 30th November. The key question is whether this rally in oil prices can be sustained? There are 9 key factors to keep in mind while evaluating the impact of the supply cut on crude oil prices. 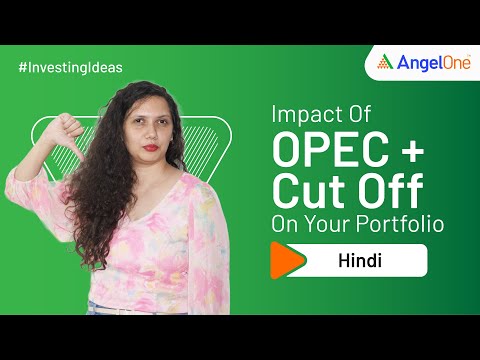 1.The OPEC by itself will not be in a position to influence prices substantially as it just accounts for about 33 million bpd (34% market share). It will need the support of OPEC friendly countries like Russia, Mexico, Kazakhstan, Oman and Bahrain to make the supply cut effective. These OPEC friendly countries are not members of the OPEC but jointly account for 15 million bpd and have pledged to cut about 600,000 bpd to support the OPEC. If the non-OPEC friends do not adhere to these cuts, the entire deal could be in jeopardy.

2.There is a big push that Donald Trump plans to give to shale oil production across the United States. That will be clearer after Trump takes over as the 45th President of the United States. If the US goes for aggressive supply expansion, then the OPEC cuts may not really matter. In fact, they will be redundant. In fact, any spike in oil prices may help dormant shale wells become operational and viable once again.

3.Among the African nations, Libya, Nigeria and Angola are the key OPEC members. Both Libya and Nigeria have been exempted from any production restrictions considering the geopolitical strife that these countries have been going through. These 3 countries have accounted for bulk of the incremental production within the OPEC. If they continue to pump at full capacity, it is doubtful if the OPEC supply cuts will be effective.

4.There is also a major concern over Iran and Iraq meeting the commitments. Iraq is participating in the supply cuts but Iran has been allowed higher production as it has lost 4 years due to sanctions on Iranian exports. Iraq has been demanding exemption as it needs funds to finance its war against ISIS. If the supply agreement starts pinching, both Iran and Iraq are likely to renege, as they have done in the past.

5.While setting individual country-wise targets are fine, there is the big challenge in monitoring and auditing that these targets are being adhered to. In the past, there have been cases of countries overshooting targets which can never be confirmed or checked easily. Additionally, there is a massive grey market for crude oil that operates across the Middle East, West Asia and Eastern Europe. That will be a big challenge.

6.While estimates of the global oil stockpiles vary, the most reliable estimates put the total stockpile at around 8 billion barrels of oil. That is roughly equivalent to 90-100 days of global oil demand. This includes strategic petroleum reserves (SPR), commercial reserves and oil at sea. With the US and China holding most of the stockpiles, any action from their side could queer the pitch for oil prices and make the OPEC action untenable.

7.When evaluating the supply cuts by OPEC, one must remember that the Indonesian quota (Indonesia’s membership has been suspended) will be reallocated among the OPEC members. Effectively, the OPEC production will be cut by 1.2 million bpd but will see an addition of 750,000 bpd due to the re-allocation of the Indonesia quota. This will largely negate the impact of the supply quotas.

8.The finances of the OPEC members will play a crucial role. Total oil export revenue of the OPEC is already down from $900 billion in 2011 to around $400 billion in 2015. With most of these economies depending on oil, their economies are in deep trouble. Saudi Arabia has already spent $200 billion of its reserves. Most OPEC nations are seeing record budget deficits and fiscal deficits. The OPEC supply cut will only work as long as this does not start pinching their macro finances hard.

9.Eventually, oil prices will boil down to whether global oil demand exceeds supply. That means, until demand picks up rapidly from current levels, any price impact is unlikely to sustain. Even after agreeing to cut production to 32.5 million bpd, OPEC is still producing 3 million additional barrels per day compared to 2014. Probably, Brent crude may not go back to the Feb 2016 lows of $28/bbl but a sustained rally in crude oil prices is still some time away.