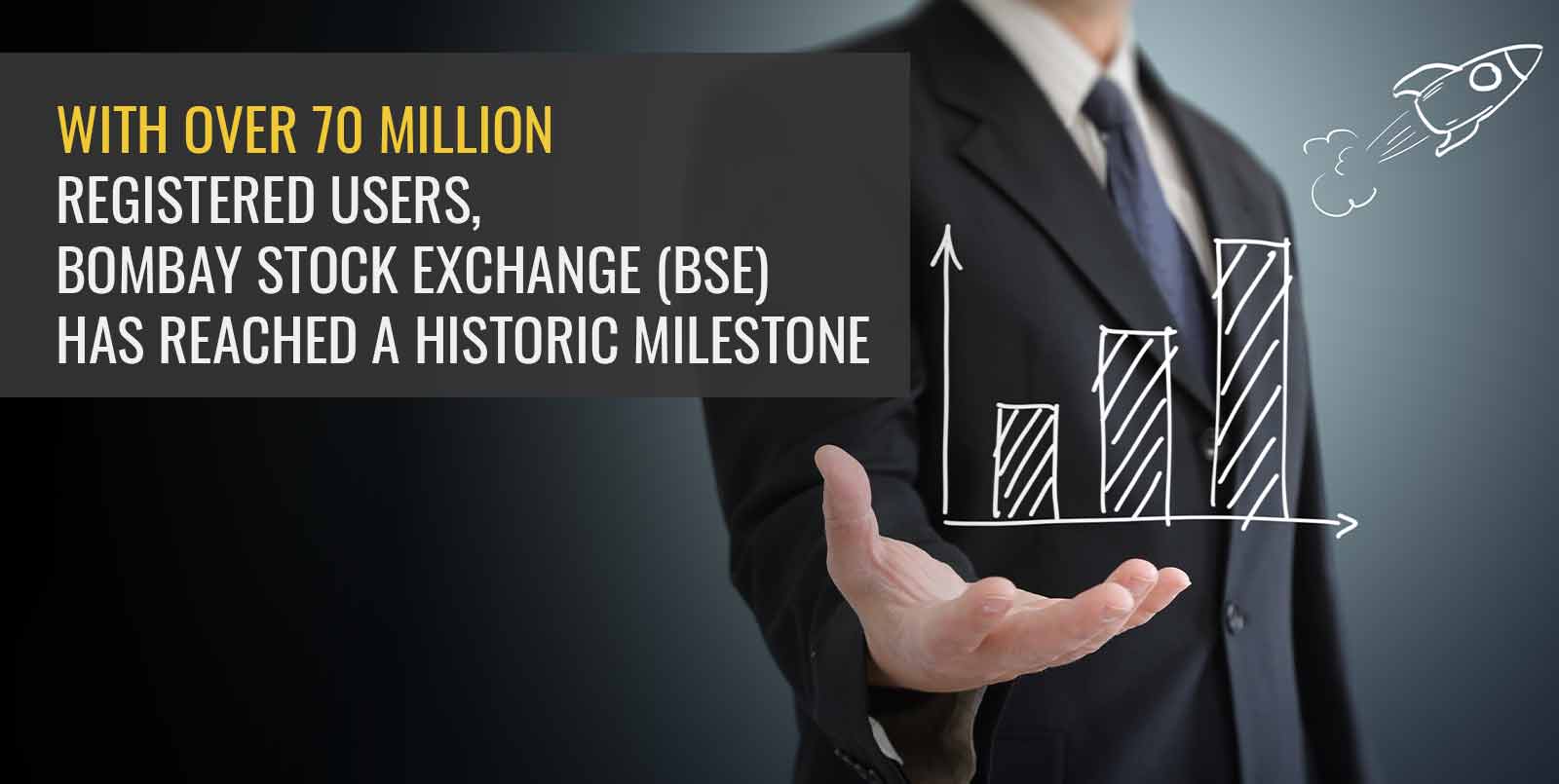 In the midst of the second wave of pandemic, the leading stock exchange – BSE reached a milestone of seven crore registered users based on Unique Client Code (UCC) on Monday. The BSE said in a statement that the transition from 6 crore to 7 crore users took only 139 days, compared to 241, 652 and 939 days for the preceding milestones of 6 crore, 5 crore, and 4 crore, respectively.

This achievement demonstrates the BSE’s attempts to attract additional investors, particularly from the retail sector, to the exchange platform. BSE remains optimistic in its ability to use its growing reach and capabilities to supply a broader range of financial products, such as mutual funds and insurance.

Maharashtra and Gujarat, with 21.5 percent and 12.3 percent of the total 7 crore investors, respectively, lead the states in terms of investors, followed by Uttar Pradesh with 7.5 percent and Karnataka and Tamil Nadu with 6.1 percent apiece.

Assam (82%) and seven sister states (30%), as well as Jammu Kashmir and Ladakh, had the fastest growth rates from 6 crore to 7 crore registered investor accounts (24 per cent). Among the larger states, Uttar Pradesh has witnessed the most increase, attracting 9.57 lakhs investors at a rate of 22 percent, followed by Rajasthan and Madhya Pradesh.

BSE said it has been working with members for the past few years to enable clients with a paperless ecosystem and on-boarding through a simple digital process. Thousands of investors have embraced equities for the first time during the pandemic in India, as seen by the significant surge of registered investors since April last year, to take advantage of the virus-induced stock market fall in March 2020, followed by a steady rebound later on.

What is causing the market to rise?

A strong earnings season (Q4 2021 reports) has been a significant plus for the markets. Also, many believe the markets are looking at a bright scenario two months ahead, since they always trade on the future perspective.

If the lack of a worldwide lockdown and the limited effects of state-level lockdowns have lessened fear, there is reason to be optimistic about the vaccination campaign. Furthermore, banks, which are viewed as proxies for the economy, did not experience the asset quality catastrophe that had been predicted.

The fact that the majority of countries with wealth are rushing to India’s aid has also helped to enhance sentiment. While the United States lifted prohibitions on the sale of vaccine raw materials in recent days, other countries have stepped in to assist India with oxygen concentrators, ventilators, vaccines, and other supplies.

So, who’s buying in the market these days?

If global liquidity and inflows of funds by foreign portfolio investors (FPIs) fueled the domestic market boom that began in October 2020, domestic institutional investors (DIIs) — such as mutual funds and insurance firms — are now providing the market’s current strength. DIIs had invested a net of Rs. 9,669 crores in April (to date), compared to a net outflow of Rs. 11,101 crores by FPIs. DIIs have surpassed FPIs in net investment in Indian shares for the first time in seven months.

While foreign institutional investors (FIIs) are concerned about the rise in pandemic cases around the world (especially in India) and are exercising caution, market participants say domestic investments have been strong due to a variety of factors, including the hope that the impact on the economy will be less severe than last year.