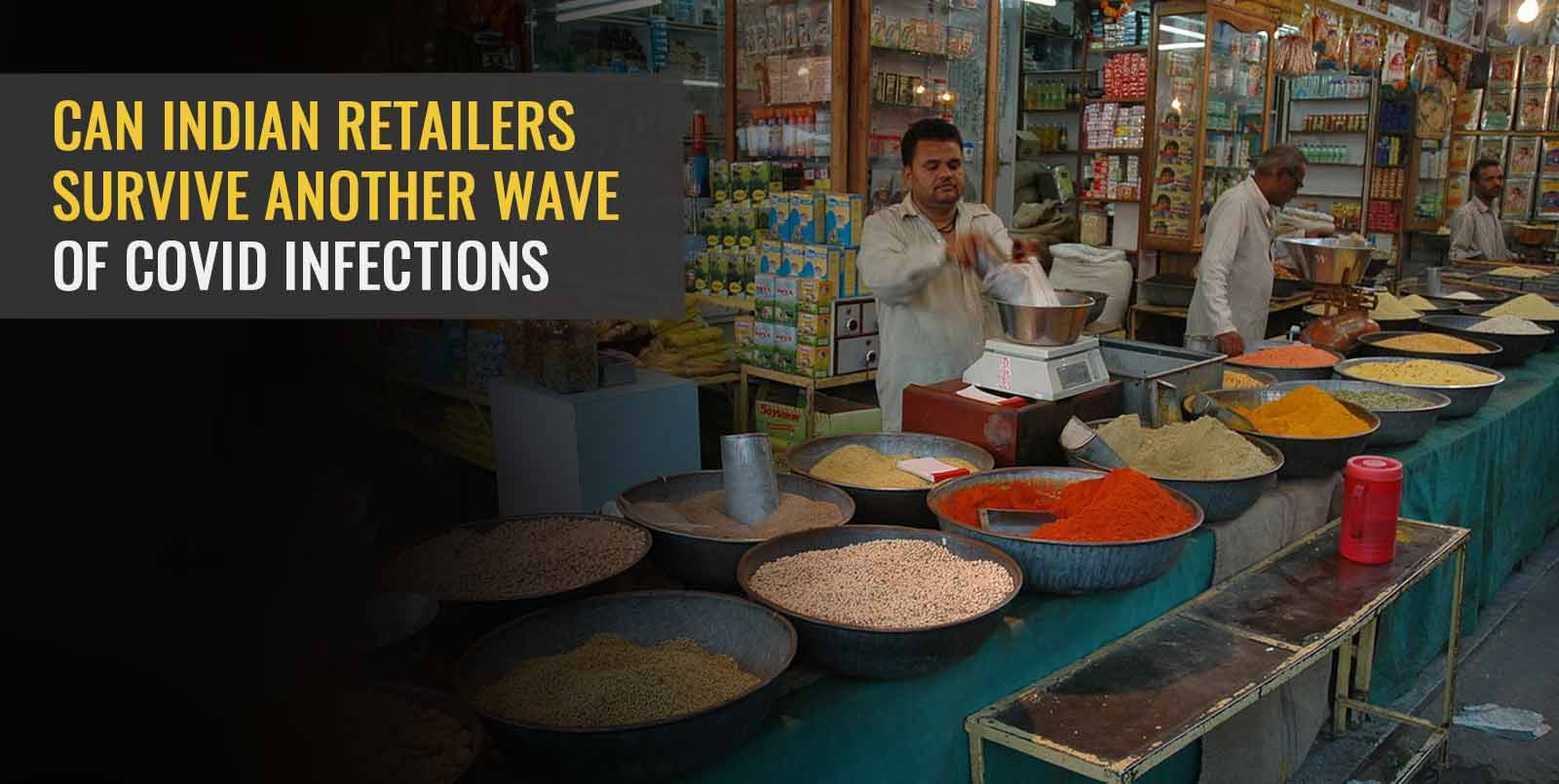 As the second wave of Covid infections grip several states in the country, what does it look like for the retail sector? In February, as Covid infections dropped from the September 2020 levels, the Indian retail sector heaved a sigh of relief as sales figures came in. The Retail Business Survey showed that February sales were 7 per cent lower than last year’s sales, but that is an improvement over the 17 per cent de-growth that was registered in January 2021.

The Survey, conducted by the Retailers Association of India said the consumer durables and quick service restaurants (QSR) segments have registered growth of 15 and 18 per cent respectively in February 2021. Also, it said that categories such as footwear, wellness, personal care, beauty, groceries and food have also recorded a consistent recovery month on month.

Rising Covid cases and what they mean

However, over the past couple of weeks, the number of Covid infections is on the rise again. On March 29, India reported over 68,000 new infections, the highest surge since October 2020. Ten states have started showing an upward trajectory in the recent past. Eight states have contributed to nearly 85 per cent of fresh cases that were reported in the last 24 hours, according to the Health Ministry. Maharashtra (40,414), followed by Karnataka (3,082) and Punjab (2,870) recorded the most cases. Curbs have been imposed in the wake of Holi and Easter across the states.

Although most states have ruled out lockdowns, there are many restrictions on parties and gatherings, including weddings and other ceremonies. Maharashtra has also imposed stringent restrictions on malls in a bid to curb crowding. Those who visit malls would also be put through rapid antigen tests. This has led to a drop in footfalls across the malls in Mumbai. News reports suggest that footfalls and consumption have dipped 30 to 35 per cent in the states that have been impacted by the coronavirus pandemic. Footfalls have come down drastically, by as much as 50 per cent in the western markets, according to media reports.

Meanwhile, e-commerce is all set to grow in India, as it is set to grow by 84 per cent to touch $111 billion, come 2021, according to a report on Global Payments Report 2021. Most of the e-commerce growth will come via mobile shopping, which according to the report, is set to grow by an annual 21 per cent over the next four years. According to Invest India, a venture under the Ministry of Commerce and Industry, online buyers in India will touch 350 million by 2025, from 90 million at present and digital spending is expected to increase ten times to $550 billion and make up for 35 per cent of all retail sales by 2025. Last year, as the number of Covid-19 infections surged and lockdowns were imposed, more people than ever before chose to shop online, pushing the numbers up. The year was a landmark one for e-commerce sales in India. In the year of the pandemic, over a million Kirana stores turned digital, according to reports.

The retail segment in India is set to be worth over $850 billion, among the biggest industries and contributes to more than 10 per cent of the country’s GDP. The industry employs over 45 million people. The Retailers Association of India is quoted as saying that the uncertainty over rising Covid-19 cases in some states won’t impact growth. Most retailers hope to achieve pre-pandemic levels by June this year.

Even though Covid-19 cases have been on the rise, a lot of India’s retail industry recovery also rests on the vaccination programme. India crossed six crore vaccinations towards the end of last week. India aims to vaccinate at least 300 million of its population by August. From April 1, everyone over the age of 45 is eligible for a vaccination. These measures are likely to hasten the drive and lead to herd immunity, which in turn, will boost the confidence of Indian shoppers. Also, Moody’s Analytics forecasts that private consumption in India will pick up in the next few quarters of 2021, even as it notes that a rising second wave remains the crucial risk to recovery.

What augurs well for the economy is that consumption has driven revival with several states like Maharashtra which has raked in GST of nearly Rs 16,000 crore in February 2021. Karnataka also saw a similar rise of 2 per cent, according to ASSOCHAM. Overall, 23 states and union territories have recorded a positive GST collection in February, which marks an increase in consumption.

As the retail sector expects to go back to 85 per cent of its pre-pandemic level of sales, there are risks in the form of rising Covid-19 cases. However, these risks could be offset by a speedy vaccination programme and not impact retail sales significantly. Also, as an increasing number of states across the country are not in favour of total lockdowns as an effective mechanism in the fight against Covid, there may be partial curbs on shopping but not at the same level as 2020. This should ensure that retail sales don’t get affected by the pandemic.