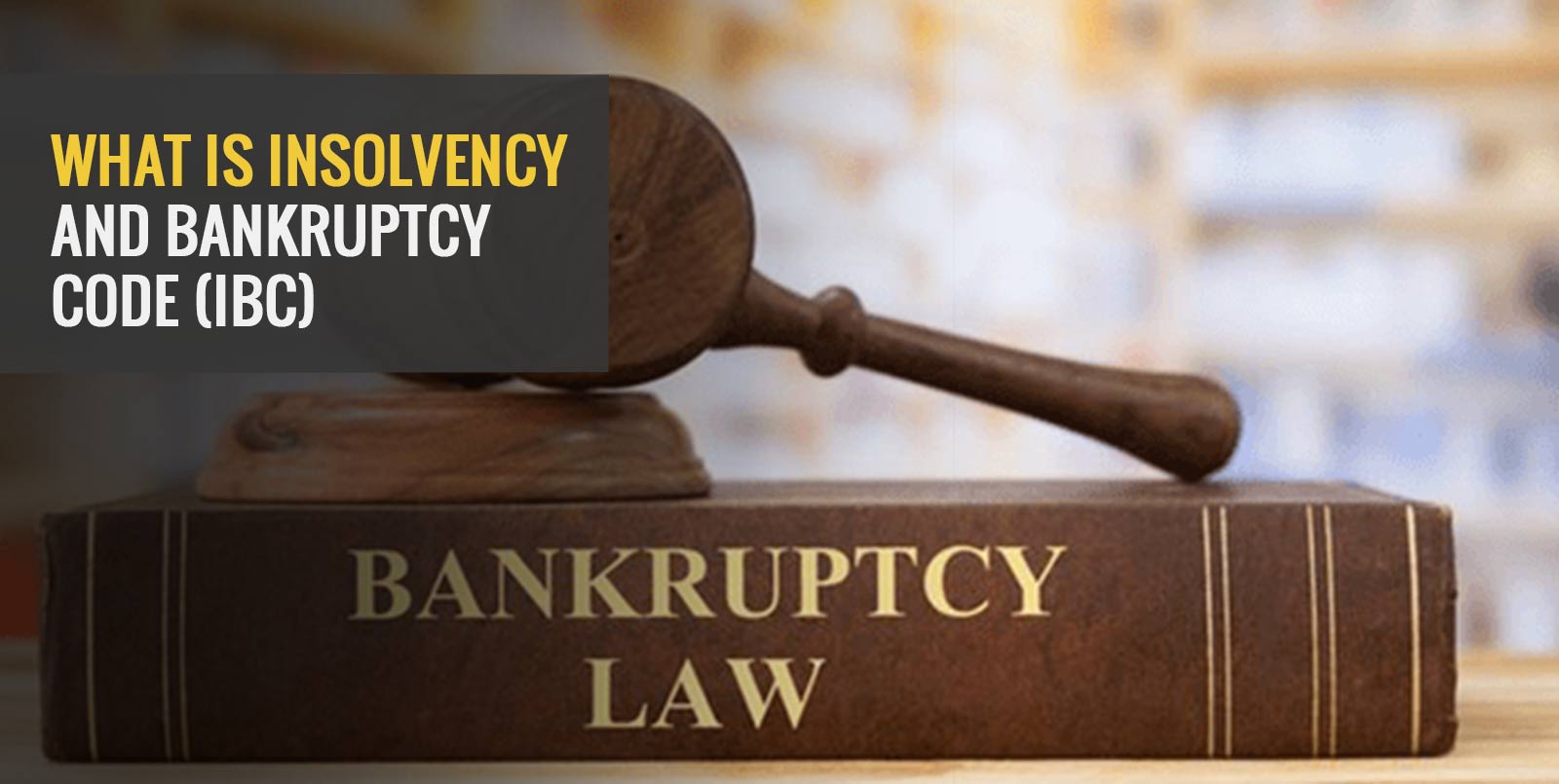 With the introduction of the IBC, all existing insolvency laws have been consolidated into one robust, sophisticated and modern framework. Corporate debtors in distress are encouraged to resolve their financial difficulties and, failing that, to liquidate in a time-bound manner.

Insolvency applies to both individuals and organizations. A state of insolvency arises from an inability to pay debts due to a lack of cash flow, and bankruptcy is a legal declaration of insolvency. In IBC, insolvency is a situation in which assets do not meet liabilities. When left untreated, insolvency leads to bankruptcy for noncorporations and liquidation for corporations. Investors put their money into debt investments in exchange for promises of fixed future cash flows. Despite that, the returns on these investments are still uncertain due to the time of repayment. Either the corporation or individual will pay up as promised, or they fail to. Debtors who fall into this category are considered insolvent. In addition to outright fraud, a debtor may be insolvent for the following reasons:

The provision of the IBC applies to:

(1) A company that has been incorporated under either the Companies Act of 2013 or any previous legislation;

(b) A company governed by any special Act in force at the time, except to the extent that the said provisions are inconsistent with such special Acts;

(d) Any other corporation authorized under any law currently in force, as specified by the Central Government by notification;

(e) Partnerships and individuals, if they have been insolvent, liquidated, deed in lieu of liquidation, or if they are bankrupt

(a) corporate debtor; or

(c) A person responsible for managing the operations and resources of the corporate debtor; or

(d) A person whose primary responsibility is to supervise and control the corporate debtor’s financial affairs;

A firm’s financial creditor, operational creditor, or the firm itself can initiate a corporate insolvency resolution process as suggested under Chapter II of the IBC.

After commencement of the CIRP, the Adjudicating Authority shall by order declare a moratorium on:

However, the provision of essential goods or services to the corporate debtor shall not be halted, suspended, or interrupted during the period of insolvency. The moratorium will last until the completion of the corporate insolvency resolution process.

The NSW National Company Law Tribunal (NCLT) received information about 4,376 companies between December 1, 2016 (when the CIRP provisions became effective) and March 31, 2021 (when valid data is available). Approximately 23 percent of the cases admitted were settled or withdrawn after the start of the CIRP. It is ironic that out of 1420 cases that were resolved with the CIRP, 3.6 times were liquidated.

79 percent of the 4,376 cases under IBC are pending for more than 270 days, and insolvency resolution takes, on average, 492 days to conclude. One hundred thirty-eight cases of liquidation, which were completed at the end of FY21, only resulted in 3.4%, or Rs 601.7 crore, being paid to creditors.