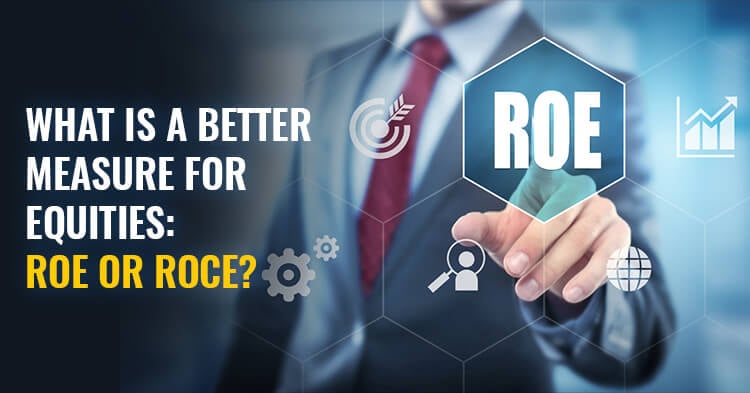 When it comes to financial markets, the easiest and most elegant way to look at comparisons is through the lens of ratios. Normally, one of the most important measures for an equity share is the Return on Equity (ROE). The ROE measures what the company is actually generating on a net basis for its shareholders. This is after the payment of tax but before the payment of dividends to shareholders. The ROE shows how the net profit of the company measures against its total equity. This ratio is important because it shows how much of surplus does the company generate for the shareholders; which can either be allocated as dividends or ploughed back into the business in the form of retained earnings.

Understanding the concept of ROE and ROCE

The best way to understand the concept of ROE and ROCE will be through the use of a numerical illustration. Let us look at the financials of Alpha Products Ltd.

This is an amazingly interesting company which is generating a very high ROE largely due to its low equity base. Let us now turn to the ROCE.

In the case of Alpha Products, the ROE is 80% while the ROCE is 35.29%. What do we conclude from these numbers and how do we interpret the interrelationship between ROE and ROCE of a company.

ROE is a measure of the efficiency of how the company uses its funds internally. Take the above case of Alpha Products. It has made an ROE of 80%. That means it is a lot more sensible for this company to retain earnings in the company rather than pay out dividends. That is what companies like Infosys did for a long time and companies like Berkshire Hathaway continue to do till date. When the company can deploy the funds at an ROE of 80%, it means that the company would be better off spurring growth by retaining its entire surplus in the business itself instead of paying out as dividends. That can be a bigger trigger for growth of the company. There is a downside risk to having an ROE of 80%. Such companies will constantly on the radar of potential acquirers since most buyers will be keen to buy a business with an 80% ROE. Also companies with high ROE are likely to generate huge cash surpluses and that needs to be managed.

When to use ROCE? Remember, ROCE considers EBIT as the numerator. That is the operating profits after depreciation. So the ROCE considers the fixed assets investments but ignores the cost of finance. ROCE is important because it considers other stake holders like lenders and debt holders which is the not the case with ROE. The ROCE calculates to what extent the operating profits of the company are covering the total long term capital of the company. The reverse of the ROCE can also be looked as the payback period for capital. When the ROCE is 35.29% in the above case, it means that the total capital of the company has a payback of a little below 3 years. ROCE is a better measure when the business has a long gestation like in power, telecom and internet where the ROE may not really be relevant.

Interpreting the ROE and the ROCE together…

The legendary investor Warren Buffett has a solution to the problem. He suggests that both the ROE and the ROCE should be above 20%. The closer they are to each other, the better it is and any large divergences between ROE and ROCE are not a good idea. That is surely food for thought!