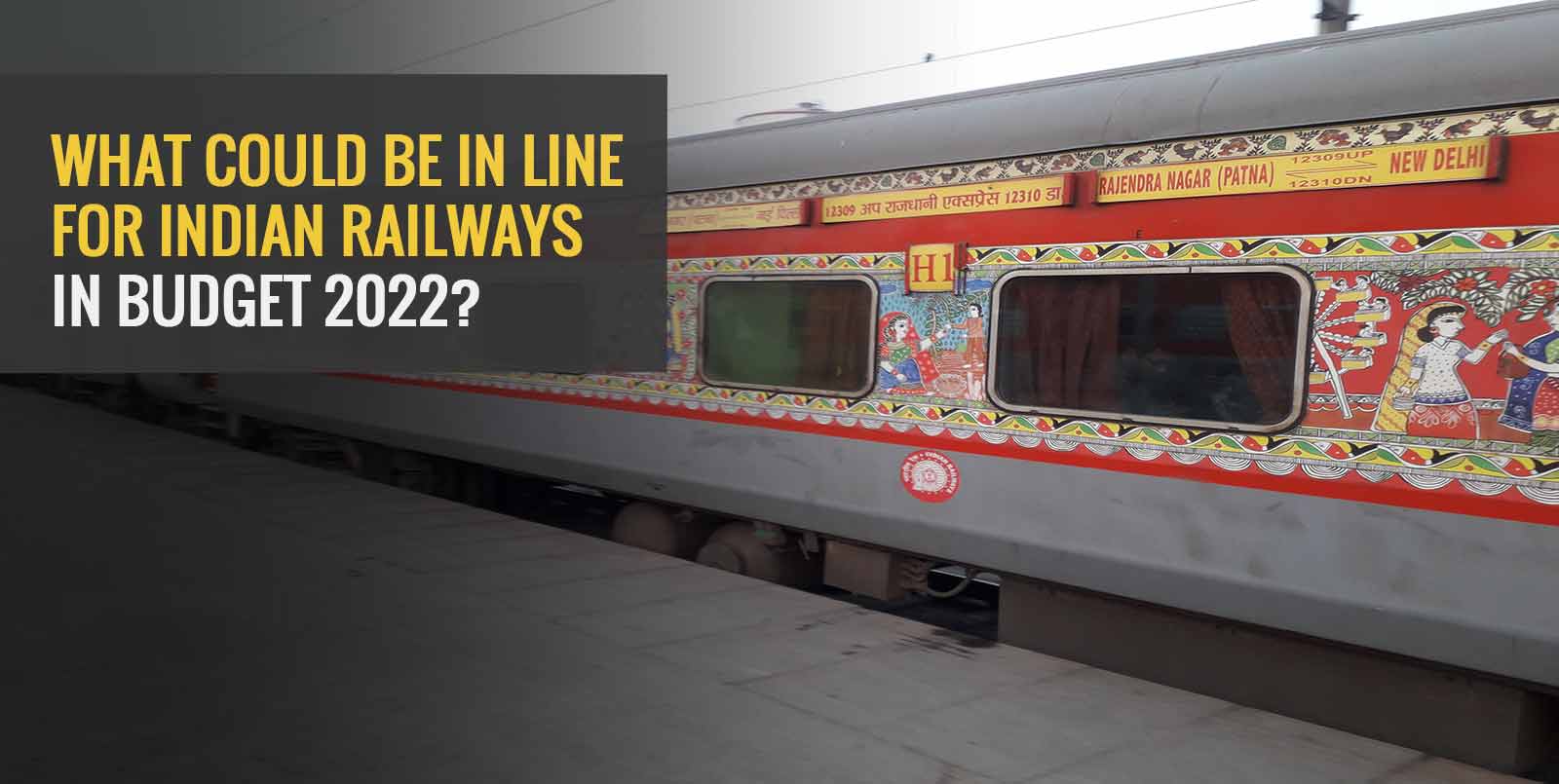 Indian Railways expects the money for the upcoming financial year to expand Vande Bharat train sets, invent new wagons, including one particularly designed to transport lightweight merchandise from small firms, and promote innovative technologies like Hyperloop. There might be a general announcement on the airline’s efforts to minimize its carbon footprint as part of its journey to net-zero emissions. The precise form of the next budget’s railway-related announcements is still being finalized.

Despite the fact that the pandemic has reduced passenger income, a boost in capital spending is projected so that railways may better serve both passengers and freight customers. On the lines of the Vande Bharat Express, one of the first ideas in the Railways was to create freight carriages with distributed electricity. It will save energy by not requiring a separate heavy-haul locomotive to draw lightweight freight. It can accelerate and decelerate more quickly, allowing it to stop in less time and drop off small-size items in more places.

Indian Railways will encourage methods to bring high-capacity wagons as part of its aim to attract more freight, according to the first official. One such option is to focus on parcel freight, for which Railways intends to rebuild ageing carriages. Another idea is to experiment with smaller containers that can be transported by rail as well as by truck. The ministry of railways has dubbed such advances Gati Shakti.

Attempting to get a larger part of the freight traffic

Indian Railways has long been a bulk, heavy freight carrier, transporting goods such as coal, petroleum, minerals, and cement, among others. It now aspires to grow its proportion of total freight handled throughout the nation to 40%, up from about 28% at the moment. Other forms of cargo, such as lighter-weight commodities that are now mostly delivered by road, are being targeted.

According to media reports, the railway minister is enthusiastic about container innovations, which he estimates might bring in hundreds of millions of tonnes of additional freight, mostly lightweight items from small enterprises worth tens of thousands of crores of rupees. Railways then implemented the Gati Shakti terminal policy, which allows significant customers who have built their own goods terminals to make space available to others.

The budget may offer a push for additional trains along the lines of the Vande Bharat Express, a semi-high-speed train that resembles a Bullet Train. On the Delhi-Varanasi and Delhi-Katra lines, two Vande Bharat Express trains are now in service. Prime Minister Narendra Modi has made Vande Bharat one of his favourite initiatives.

Last year, a tender for the production of 44 additional of these train sets was granted. Following that, on August 15, the 75th anniversary of India’s independence, Modi announced plans to build out Vande Bharat trains, which would link 75 locations around the country. After entering office in July, the railway minister conducted a thorough examination of the project. Following that, in 2021, Indian Railways issued ten bids for 58 similar train sets, which are yet to be finalized.

Hyperloop and net-zero emissions are on the horizon

Hyperloop, an ultra-high-speed passenger and cargo transportation system yet in its infancy, is a future technology that Railways may promote in the forthcoming budget. Elon Musk created the term “hyperloop” to describe a technology that uses a massive vacuum-sealed tube or a series of interconnected vacuum-sealed tubes with extremely low air pressure to allow a coach, or “pod,” to move virtually free of air resistance or friction. In October 2021, DP World, which holds a share in Virgin Hyperloop, claimed the technology might be implemented in India before it makes its debut in Dubai. Maharashtra’s government is also working on a hyperloop system.

Steps such as complete electrification of trains and other technologies that might assist railways in achieving their goal of being a green carrier with net-zero emissions should also be addressed in the budget. By 2030, Indian Railways aims to become the world’s first 100 percent green railway system. By 2023, it hopes to have electrified all of its routes as a sub-goal.

Overall, the budget is projected to maintain the government’s infrastructure priority. Infrastructure industry players are also seeking an expansion of the productivity-linked incentive plan to include the manufacturing of railway containers and rail equipment in India.