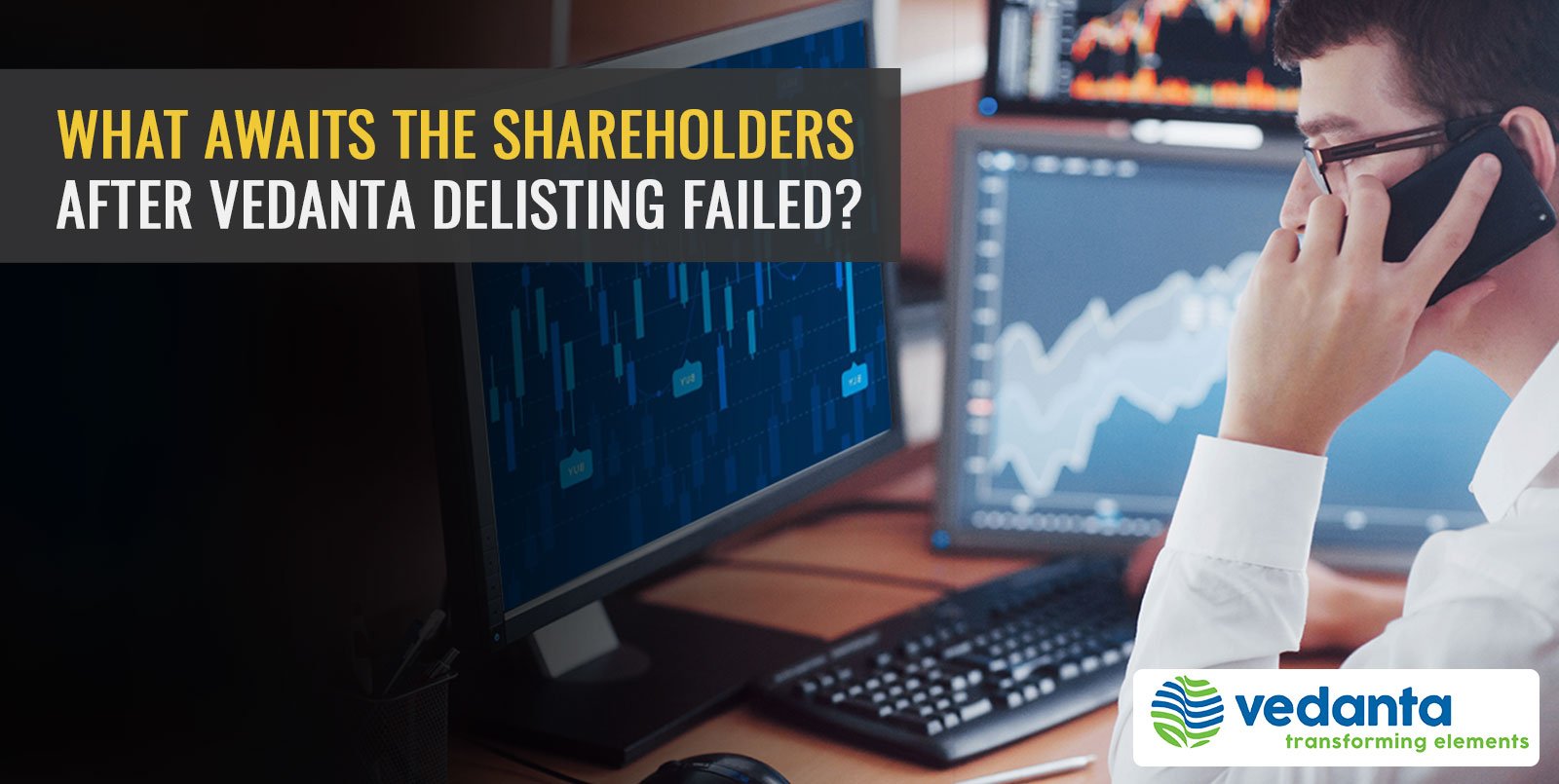 Vedanta declared in an exchange filing that its process to delist from the bourses failed as it couldn’t meet the required threshold for successful delisting under section 17(1)(a) of Delisting Regulation.  Only 1,25,47,16,610 equity shares validly tendered during offer sale drive,  which is less than the required number set by the market regulator.

Vedanta said in its exchange release that the delisting process failed as per 19(1) regulation of the Delisting Regulations. It couldn’t meet the cut-off share numbers required to be accepted by the Acquirers to complete the delisting process. Hence, the company will continue to remain listed, and all shareholders, who have tendered their share, will get the shares back.

In May, mining major, Vedanta announced delisting decision from Indian bourses and offered share buyback from existing shareholders. The company sought shareholder’s approval through a postal ballot in June where 93.3 percent of all shareholders and 84.3 percent of public shareholders approved the proposal of Vedanta delisting.

In 2018, Vedanta successfully delisted from the London Stock Exchange. The company, in its filing, cited corporate and financial restructuring as the cause for delisting. The parent company, Vedanta Resource (VRL), proposed to buy back 49.46 percent stakes from the general shareholders and offered Rs 87.5 per stock as buyback price.

Vedanta delisting process started on October 5 and concluded on October 9. Due to a large number of unconfirmed bids and technical glitches, Vedanta could validly transact only 125.47 crore shares, less than the required cut-off for successfully delisting. Hence, the company deemed its process a failure. The delisting regulation suggests that the company should successfully buyback shares to cross 90 percent threshold to delist. To achieve that mark, Vedanta Delisting offers needed to acquire 134 crore shares.

What lies ahead of the company and its shareholders?

LIC, which had a 6.37 pecent stake in the company, surrendered all its shares at Rs 320, which was 26 percent premium to offered price of Rs 87. Since LIC bid price is now the discovered price, several shareholders also bid in the same price range, upsetting Vedanta’s calculation. Some investors also submitted bids in the spectrum of Rs 150-160 per share.

India’s delisting rules require companies to offer buyback from general shareholders at a discovered price through the reverse book building process, and the process needs the approval of 90 percent stakeholders. The discovered price constitutes the new bid price for the company to meet the threshold.

In the last two years, Vedanta is the third company to undertake an unsuccessful delisting effort. Bankers and promoters approached SEBI on Friday to grant a one-day extension to conclude the process, but the market watchdog refused. Hence, Vedanta declared its delisting process a failure. As a result, the company and stocks held by general shareholders will continue to list in the bourses for now. The company needs to make a formal announcement regarding success or failure of the delisting process by October 16, along with final exit policy and price. Experts cited low offer price a reason for unenthusiastic participation from shareholders.

Unsuccessful delisting blows a double whammy on the company, often triggering insider trading risk. The withdrawal policy is cumbersome, and the unique situation may lead to panic selling of the shares. The newly discovered price also makes it difficult for the firm to make a counteroffer.

The SEBI rules suggest that a company can’t offer a price lower than its book value. During March, Vedanta in Letter of Offer suggested its book value as Rs 89.38 per share. However, according to the consolidated balance sheet of March 2020, company book value was Rs 147.

Post Vedanta delisting failure the share prices will likely to remain volatile, which some experts are considering as a buying opportunity at a low price. After the delisting process failed to take off the floor, Vedanta stocks tumbled by 17.20 percent, which is possibly due to a high volume of speculative selling.  But the situation can revive with dividend announcement from Vedanta subsidiary Hindusthan Zinc in the offing.