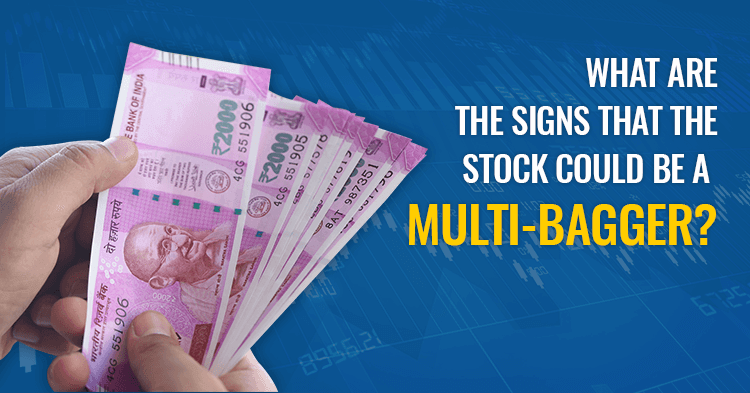 If you compare stocks today with the lows of mid-2013, you will be able to identify scores of mid-cap stocks that are up 40-50 times in the last five years. That is the stuff that multi baggers are made of. We are not talking about a long term multi-bagger like Wipro. For example, an investment of Rs.10,000 in Wipro in 1980 would be worth Rs.450 crore today after considering all the bonuses and stock splits. Take the case of Eicher Motors. The stock was trading around Rs.200 in 2009 and is quoting at nearly Rs.30,000 today; a 150 bagger. If you log into Bloomberg and try to identify such multi-baggers over the last 15 years you will get plenty of them. That is off the point. The question is how you can be proactive and identify such multi-baggers in advance. Like Euclid said, “There is no royal road to Geometry”; similarly there is no royal road to identifying such multi-baggers. But you can use a combination of these 6 factors to identify potential multi baggers in the equity markets.

Does the company have the capacity to grow and scale simultaneously?

This may appear to be easier said than done. Growth is at the core of stocks delivering multi-bagger returns. Companies like Infosys, Eicher and TVS Motors turned out to be multi baggers because they could deliver growth quarter after quarter. Then there are other companies that are unable to manage the growth. Take the case of companies like Kingfisher Airways, which failed to manage growth at a time when Indigo was literally sweeping the entire market. Take the education sector. Erstwhile favourites like Educomp and Treehouse are on the verge of bankruptcy because they could not manage the promised growth. To scale up their business they relied on debt and ended up insolvent. Same was the case with Amtek Auto which is now in NCLT. On the other hand look at companies like Motherson Sumi which have grown consistently and scaled up continuously without compromising on financials. That is the stuff that multi-baggers are made of.

Has the company created a moat for itself in the business?

The moat is a fairly interesting concept but used extensively by marquee investors like Warren Buffett. For example, Buffett defines a moat as a unique advantage created by the company that cannot be replicated. For example, companies like Infosys created a moat with their ability to deliver quality software solutions at the lowest cost. Eicher created a moat by literally dominating the high end motorcycle market. Britannia did a similar exercise in the niche biscuit market. Not surprisingly, all of them turned out to be multi-baggers over the long run.

Low debt is good and low equity is still better

When Tata Teleservices floated its IPO nearly 18 years ago, the biggest concern was the size of the equity base. In a competitive sector like telecom, their equity base was so huge that it would be an effort for the company to break even; forget about making profits. That became evident after the company consistently destroyed wealth over the last 18 years before finally exiting the business. High debt is a similar problem. Look at companies that are struggling in the NCLT today. The likes of Essar Steel, Videocon Industries, Bhushan Steel, Amtek and Electrosteel have all binged on debt. When the cycle turned, these companies were the worst hit. Therefore, a small debt is good and a small equity is even better. You don’t add financial risk and you don’t dilute earnings.

Is the company transparent about its financials

Mr. Narayana Murthy rightly said that “When in doubt, disclose”. Companies that are cagey about their cash flows, their financials and resort to financial engineering are never likely to be multi-baggers. Companies like Infosys and Eicher have been long term wealth creators because they have followed the highest standards of transparency and disclosure. On the other hand, what happened to companies like Satyam and Kingfisher in India or to a company like Enron in the US? Lack of transparency, resorting to off-balance sheet financing and opaque reporting led to wealth destruction by these companies.

This is a unique feature that is seen across most of the multi-baggers. Infosys has always been extremely cost conscious. Two of the biggest wealth creators in the world; Wal-Mart and Apple have never believed in making a statement by spending more than they need to. It is only the companies with dubious business models that have to spend on swanky offices and glossy advertising. Serious companies would rather use the money to add value to shareholders. It is not that these miserly companies do not spend money but it is just that they make every penny count. That is a big factor in creating long term value for their shareholders.

Is the product likely to disrupt the market in a big way?

Disruption can happen in two ways. It can be a novel product which makes the older product redundant. For examples toothpastes making tooth powders redundant is a case in point. Then there are products that satisfy the customer requirement in a more innovative way. Smart phones replacing traditional phones are an example. Then companies like Infosys delivered complex solutions at much lower cost. That advantage is still largely intact. Finally, there are companies like Hero Moto that capitalized on two emerging trends. They got the shift to motorbikes right and their focus on fuel efficiency was also bang on target. These are the kind of disruptors that can really create wealth in the long run and become multi-baggers.

More the ticks you have on this check list, the better your chances of landing a multi-bagger!