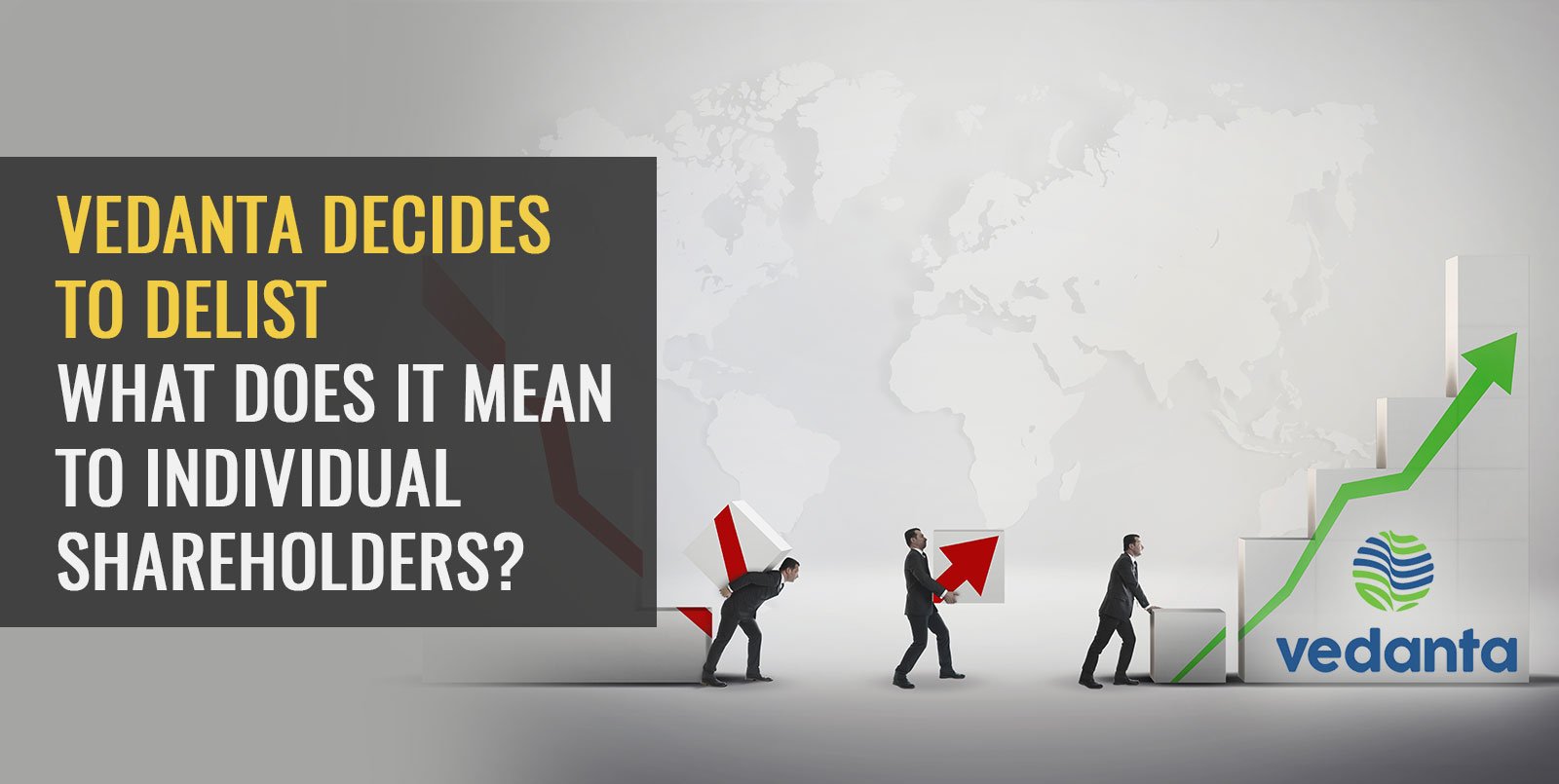 It seems there is no shortage of excitement for the Indian investors as big news are coming almost daily.  After Reliance held investor’s interest for three weeks, it’s now time for mining giant, Vedanta to grab the limelight. The company has decided to delist itself from Indian bourse (stock market) on May 11th. The news came from metal and mining magnate, Anil Agarwal. He clarified that the parent company, Vedanta Resources (VRL), which holds 50.14 percent shares, is willing to buy back remaining 49.46 percent shares from its private shareholders and go private.

Vedanta will pay Rs 87.5 per share, which is 9.9 percent premium to its market price of Rs 79.6, to private shareholders. The market reacted positively to the news, and Vedanta shares surged by 12.2 percent higher to close at Rs 89.30 in BSE.

The rationale behind the decision

The decision isn’t ad-hoc. It is a part of its plan to simply company structure by reducing public shareholding. The group believes that it is a logical step and will allow more financial and operational freedom to the company to operate with efficiency in the coming days. Vedanta has moved gradually on its objective. In 2018, it delisted from London Stock Exchange where it was listed since 2003 as the first Indian company for $644 million.

On hindsight, the decision can also be influenced by shrinking oil and metal demand in the economy under the current pandemic situation. In March, Moody’s Investor Service placed Vedanta on their vulnerable list amid an outbreak of COVID0-19 which caused worldwide economic disruption. But that listing has been revised since then, and Vedanta no longer features in it.

Vedanta appointed JP Morgan as its financial advisor and Latham & Watkins and Khaitan & Co as legal advisors to oversee the process.

What is delisting, and why do companies delist?

Delisting is a process of removing company stocks from a stock exchange. It can be voluntary or involuntary. There can be many reasons why a company choose to delist – when it ceases to operate, declare bankruptcy, merger, fails to meet the listing requirements, or like in case of Vedanta decides to go private.

When a company voluntarily delists, it usually offers a premium price for the shares as a buyback offer. It is done to eliminate any loss incurred by the investors due to delisting.

What will happen to my shares if the company delist?

Delisting doesn’t affect individual shareholders’ position. One can continue to hold the shares even though they become worthless.  Otherwise, you can sell the shares to monetise your investment and avoid losses. Since Vedanta is opting for voluntary delisting, they are offering a buyback price which is higher than its current trading price. According to experts, this will also allow shareholders to elevate market volatility in current situation.

Conclusion: The board will meet on May 18th to discuss further on the proposal to gauge merit of the delisting proposal. There will be a final discussion on the price to offer as well. Vedanta share prices have fallen more than 40% this year, and it seems that Anil Agarwal thinks it is prudent to delist the company when the shares are low. Although Vedanta delists, Hindustan Zinc Limited, which is a subsidiary of Vedanta Resources, will continue as a public listed company.