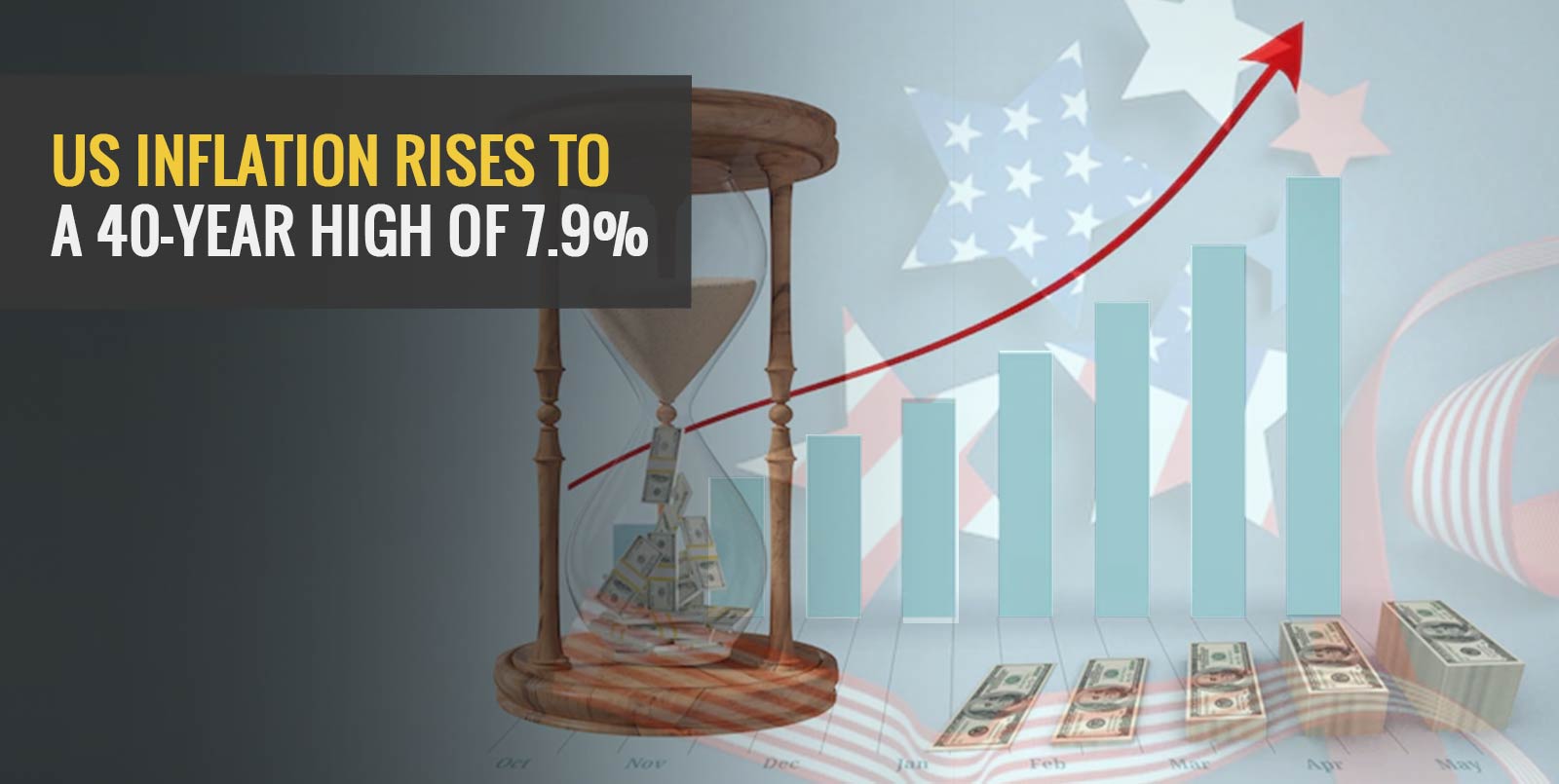 The surging cost of housing, gas, and food has catapulted to 7.9% inflation in the past year. Since 1982, this has been the sharpest spike and forewarning of further rise of prices. But even before the Russia-Ukraine war accelerated the price hikes, in four decades, the inflation in the United States reached its highest levels.

Read along to find out more on this matter!

Robust consumer spending, substantial pay raises, and interminable supply shortages had taken the US consumer inflation rate to its highest even before the war impacted the prices. Furthermore, the housing cost that contributes about a third in the government’s consumer price index has also recorded a sharp spike, which is unlikely to come down soon.

Impact of Russia-Ukraine War on Inflation

Effects of Inflation on the United States

Thursday, 10 March 2022, showed an inflation rise of 0.8% between January 2022 and February 2022, which is greater than the 0.6% rise from December 2021 to January 2022. This inflation has made life difficult for Americans to afford rent, gas, and food as the inflation runs ahead of their pay raises. Further, with the US midterm elections closing in, it has become the top political threat for congressional Democrats and US President Joe Biden. People indulged in small business raise it as a primary economic concern.

Though the pandemic catapulted a surge in the prices, it has not shown any signs of slowing down and is still increasing at a brisk pace seen in decades. In two decades, the rental costs have highly elevated as more people have moved into apartments due to low vacancy rates triggered by the prospect of steady job growth and high home costs. The wages and salaries rose to 4.5 per cent, the sharpest increase in 20 years, but in turn, many companies raised their prices to curb labour costs.

Before the invasion, inflation showed a sharp rise and broadened into other economic sectors. To stem this surge, the Federal Reserve will raise the interest rates multiple times this year, starting with March 2022. The United Arab Emirates is also set to urge fellow members in OPEC to boost production as a retreat in oil prices was recorded on Wednesday, 9 March 2022.

Further, if Europe joins US and UK sanctions on Russia‘s oil import, the price may soar as high as $160 per barrel, estimated by analysts. But many economists and Fed have come to a broad assumption that inflation may start to ease this spring compared with March and April 2021 would show a decline.

The consumer price index has recorded a 7.5% rise.

The ban on Russia’s oil import has impacted the price of oil and other commodities globally, with a sharp rise in inflation of 7.9%.