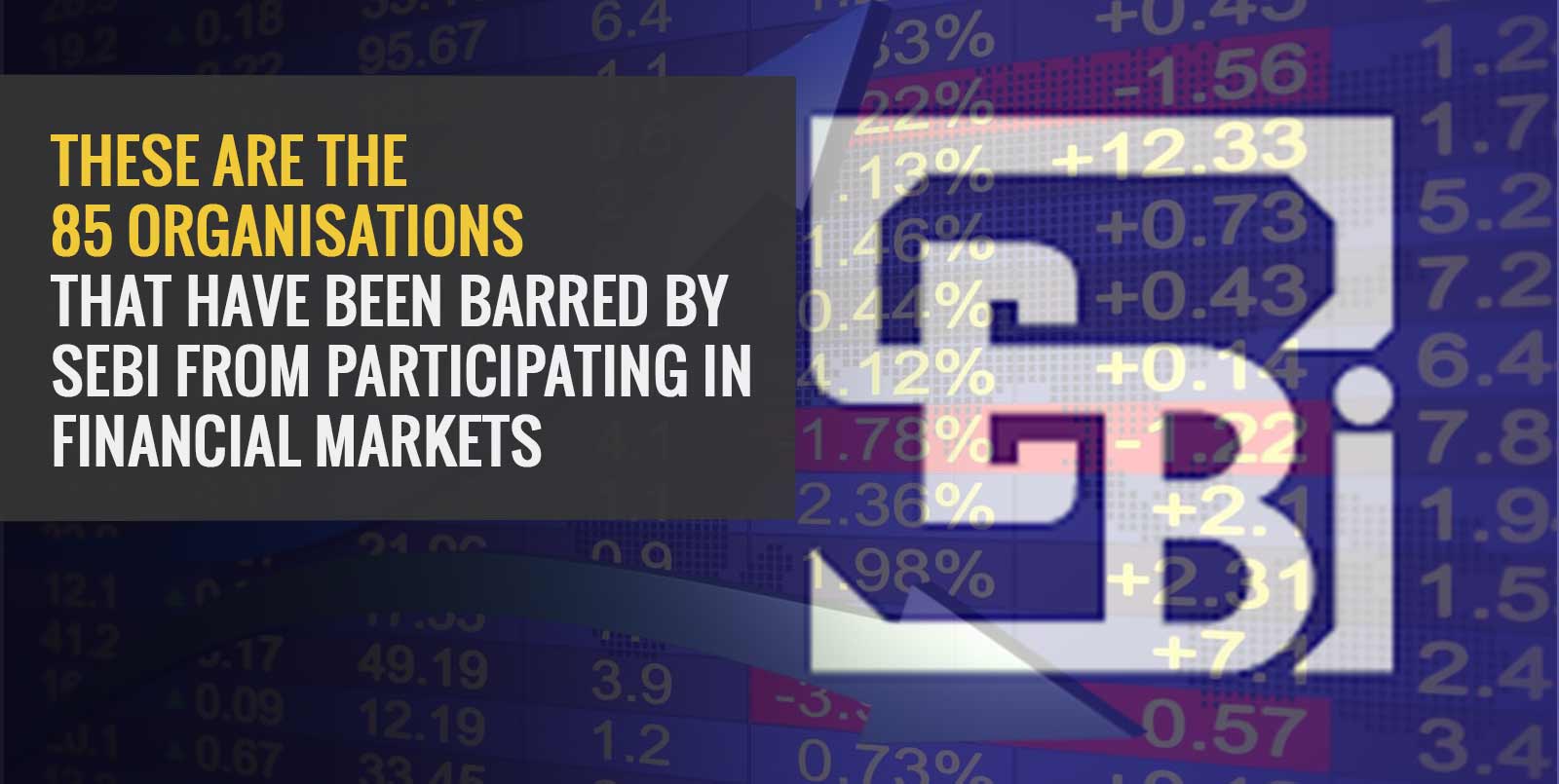 The Securities and Exchange Board of India (SEBI), the market regulator, has restricted 85 organisations from participating in the capital market for up to a year due to stock manipulation.

79 additional firms have been excluded from the capital market for six months by the market regulator.

Based on a referral from the principal director of Income Tax, Kolkata, SEBI launched an investigation into the banned entities from October 16, 2012 to September 30, 2015. The investigation was launched to see if specific organisations were trading in breach of the PFUTP (Prohibition of Fraudulent and Unfair Trade Practices) Regulations 2003.

SEBI revealed that the banned entity and its then-directors concocted an agreement in which 83 connected entities tricked the valuation of the script in four updates of trading during the audit period, in violation of PFUTP norms, thereunder to allotment of shares under the scheme of amalgamation.

The regulator discovered that 77 of the 83 related entities were participants to the sale of shares by 1,059 entities/allottees at a price that was artificially inflated or manipulated, in violation of the rules.

Four of the 83 entities were the subject of the current proceeding, which was initiated against four of them. Two of the four entities have dissolved, and one has reached a settlement with SEBI through the settlement mechanism.

Another entity was barred from the capital markets for three years, while six individuals were barred for periods ranging from two to three years, according to a separate order issued on Friday.

At the time of the violation, these persons were either directors of the firm or members of the audit committee of this banned entity. According to SEBI’s ruling, the entities presented false, exaggerated, and misleading financial results for the company in 2008-09 and 2009-10, and failed to declare sales to related parties under the heading related party transaction in the annual report for 2009-10. They were breaking PFUTP norms by acting in this manner.

After receiving a complaint indicating that this banned entity’s revenues and profits were created and fraudulent, SEBI issued the order. Following that, the regulator conducted an examination into the incident from April 2008 to June 2010 to determine if any violations of the SEBI Act and PFUTP regulations had occurred.

What is the primary function of SEBI?

The Securities and Exchange Board of India (SEBI) is a statutory regulatory agency in India tasked with overseeing the country’s capital markets. By enforcing specific laws and regulations, it monitors and controls the securities market and protects the interests of investors.

What are the different actions that SEBI has taken?

To protect the interests of investors in securities, SEBI has implemented various measures such as T+2 rolling settlement, framing various regulations to regulate intermediaries, dematerialization of securities, issue and trading of securities, screen-based trading system, corporate restructuring, and so on.

What is the SEBI’s structure?

SEBI is divided into five departments, each of which is led by an executive director. It also includes two advisory committees for primary and secondary markets, each of which is made up of market participants, investment associations, and eminent individuals.