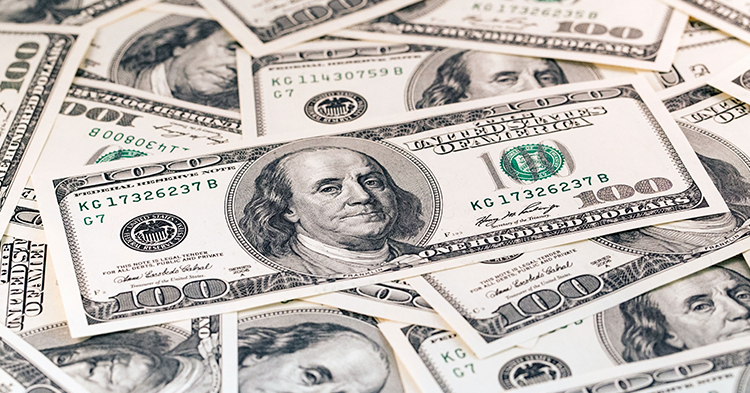 US dollar holds high significance across the globe as it accounts for more than 85 percent of the trading volume in the entire gamut of forex market. This makes US dollar undoubtedly the most important and strategic currency traded in the forex market.

The new law at Bretton Woods

Major countries that fought the Word war II had suffered huge losses of infrastructure and mainland except US. US was the only nation that did not suffer any major losses to its mainland apart from one of the incidents (Attack on Pearl Harbour by Japan).

All the other nations had to rebuild their major infrastructure as their economies were left in complete disarray. Some nations also paid the United States for the assistance provided to them..

Before Bretton woods, most countries followed the gold standard. That meant each country guaranteed that it would redeem it currency for its value in gold.

Initially bancor was suggested as the alternative global currency. Bancor was a supranational currency conceptualized by UK. The name was inspired by the French banque or (Bank Gold). However, later on dollar became the currency selected at Bretton Woods, New Hampshire shortly before the end of the World War II in 1944. During that time gold was freely convertible at $35 per ounce.

After the Bretton woods Agreement, each member agreed to redeem its currency in US dollar but not gold.

The US held three fourth of the world’s gold supply. No other country had enough gold to go back to as it replacement. Hence after this agreement, US dollar became the most desirable currency and all other major currencies were allowed to float against the US dollar.

Reserve currencies are defined as those currencies which a government or central bank holds in sufficient quantities.

The reserve currency can be used to conduct foreign exchange transactions on behalf of the central bank’s domestic currency or to purchase commodities like oil and gold.

Many developing nations across the globe had taken debt from IMF and the World Bank in US dollars on account of the agreement at Bretton Woods. Hence when the nations would be repaying their loan it would be done in US Dollar as well.

As a consequence, any repayment in the existing loan or attempt to stabilize the national currency would involve the trading of US dollars in the open market.

Hence, US dollar would continue to hold its strategic importance across the globe till the above factors continue to remain in play.