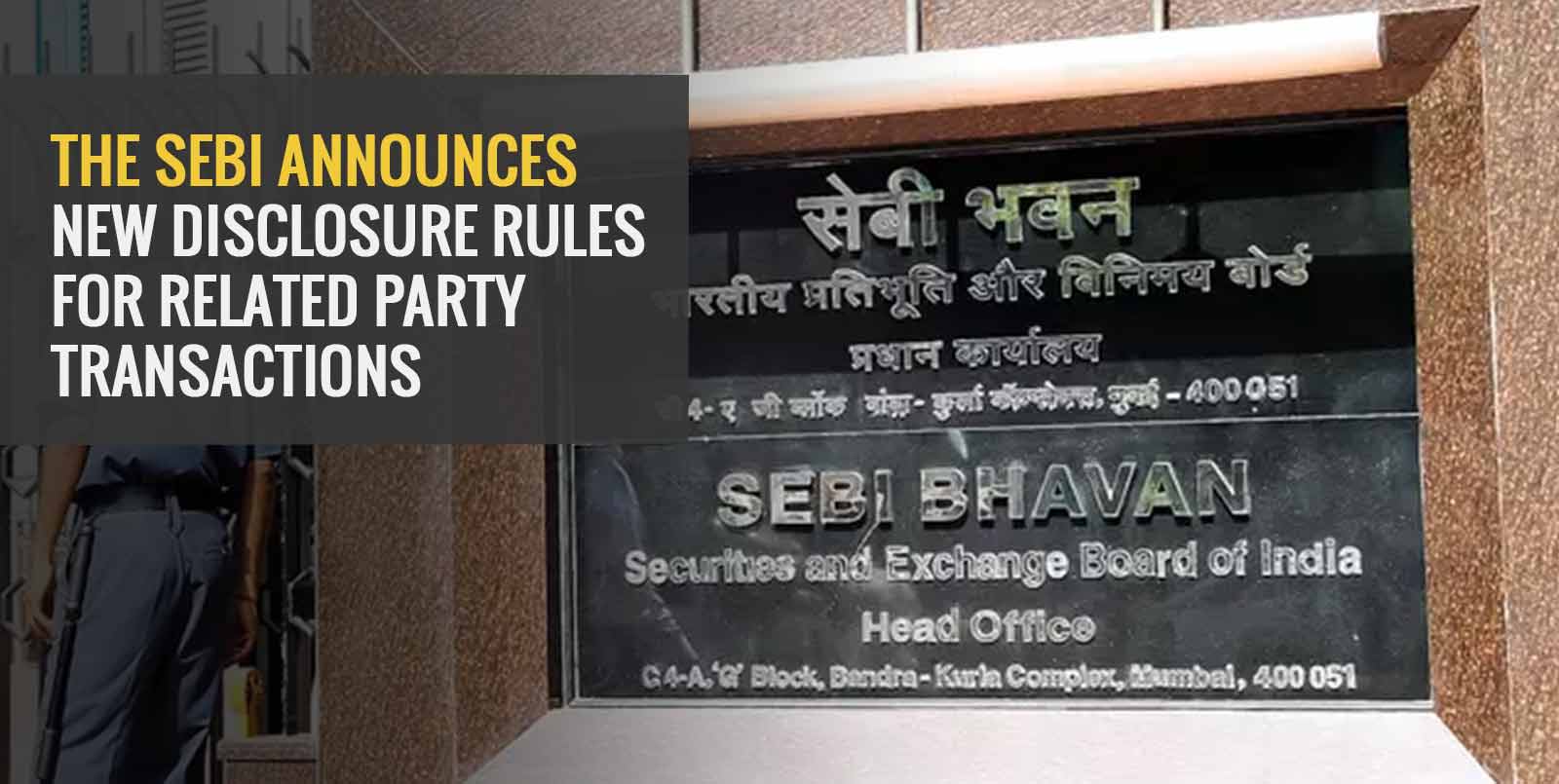 On Tuesday, the stock market regulator issued a notification stating some important modifications in the meaning of related parties and how the transactions with them are disclosed. This step was taken by the Sebi for better supervision and administration of these transactions.

Every listed company has an independent group set up for ensuring internal control of companies’ transactions. This committee is called the Audit Committee and it is formed in accordance with the provisions of the Companies Act.

One of the functions of this committee is to approve transactions incurred by the company with parties they are related with and ensure that there are no illegal means for misrepresentation of the financial position of the organization.

Via the notification issued on Tuesday, the Sebi has brought some modification in the process by which this committee gives the go-ahead to related party transactions.

What is a related party transaction?

Typically, the related party transactions are the ones where there is an exchange of goods and services for consideration amongst parties like subsidiaries, parties with significant shareholding, or parties who are in interest with the founders of the company.

Even the business agreements between the company and subsidiaries and other parties to favour a related person fall under the hood of related party transactions.

Now, even the smallest of transactions that involve benefit to a related party, directly or indirectly, will require to go through the process of consent not only from the audit committee but also from stakeholders.

For example, if a company is transacting with a third person and supposed another party related to the company gets benefits from such a transaction, even though it was not the intention, it can put the company into needless averment.

As per the new definition, related parties shall be any individual or company or institution, or association that is related to the founders of the company. Apart from that, if an individual or a company holds over 20% of the total shares of the company anytime in the financial year will also be included in the definition. This criteria of 20% shall be amended to 10% starting from the financial year 2023-24.

Whereas, the consent from the audit committee remains standard in case of all the transactions undertaken with the interested parties.

What is an audit committee in a listing company?

An audit committee is a group of unbiased personnel mandatorily formed by a listed company for ensuring that the operations of the organization are favourable concerning the interest of its shareholders. It is formed in accordance with the provisions of Section (177) of the Companies Act, 2013.

What is a related party?

Parties are considered related if one of them can exert significant control over the other party. A significant influence is the ability to influence an entity’s policies. It can be done by purchasing 205 or more of the company’s shareholding or by way of agreement.

How significant a role does clause 49 play in governance?

Clause 49 is one of the clauses in the listing agreement relating to the shareholder’s rights, roles, and responsibilities. It focuses on transparent working where the BOD is obligated to disclose everything that concerns the interest of shareholders with utmost clarity.