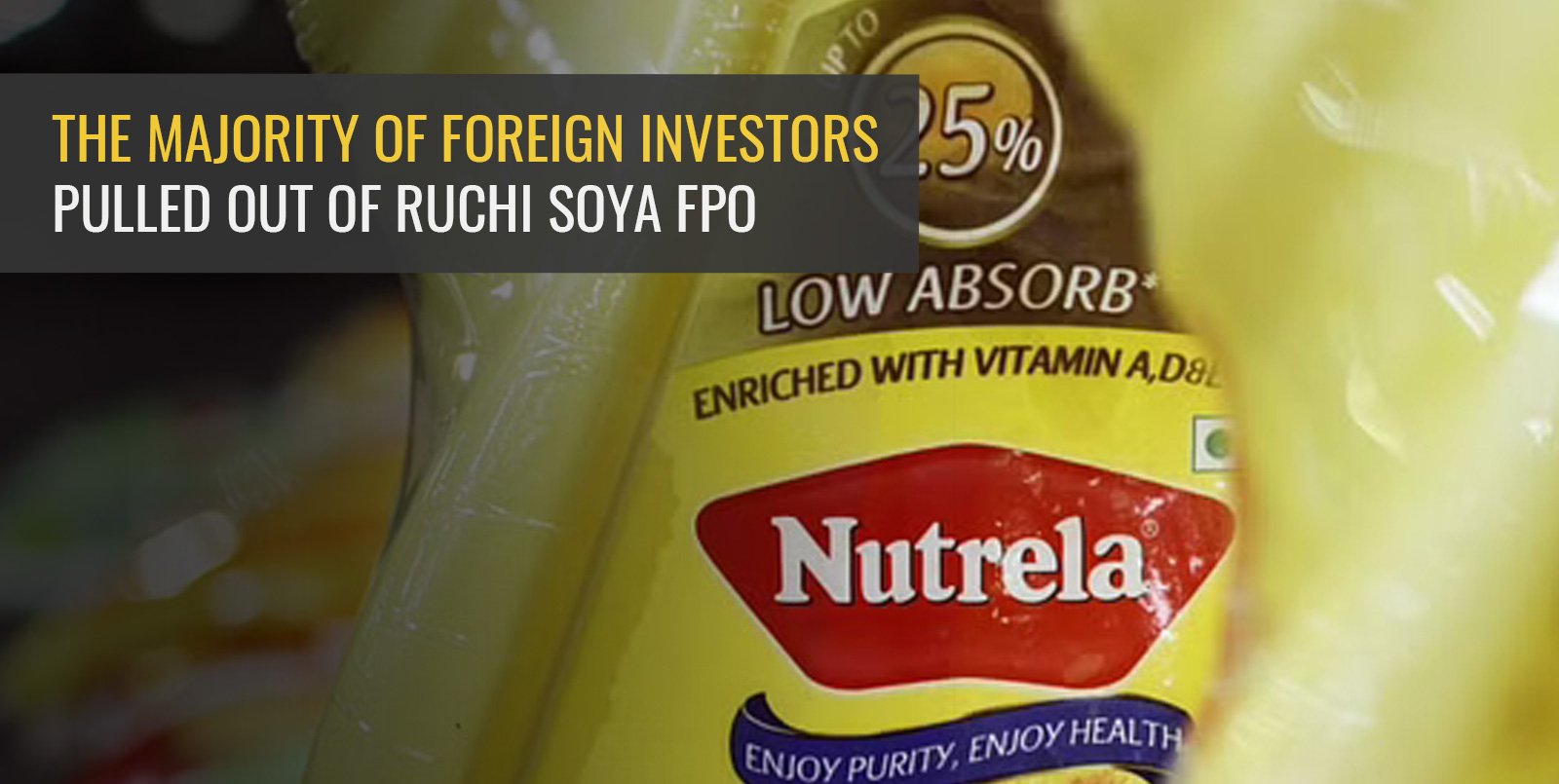 According to BSE statistics, foreign investors have withdrawn the majority of their bids, while high net worth and ordinary investors have seen just a slight retreat in Ruchi Soya Industries Ltd’s follow-on public offering.

The entire subscription was reduced to 3.39 times as a result of this withdrawal, down from 3.6 times on March 28. After complaints of unsolicited marketing communications around the issue appeared, the Securities and Exchange Board of India (SEBI) ordered the business to enable investors to withdraw their applications to the company’s follow-on offer.

After the market regulator ordered the business to offer investors with choices to withdraw their applications, Ruchi Soya published a public notification on March 29 stating that they had filed a first information report to determine the source and perpetrators of unsolicited SMSes.

Ruchi Soya being used as a test case

BSE kept the FPO window open but closed it later because it couldn’t figure out how to calculate real-time updates on withdrawals, if any. The FPO transparency portal was taken down by both the BSE and the NSE, leaving investors in the dark about the status of withdrawals from the FPO. When retail investors saw QIBs subscribe to the issue, they may have decided to subscribe 0.9x their part.

They’re now unsure if QIB and HNI investors, whom retail perceives as sophisticated, would remain invested in the issue. Officials from the exchanges believe that the market regulator directed them to stop disclosing withdrawals. While the BSE is the official exchange for this FPO, investors may participate in the offering on either the BSE or the NSE.

Ruchi Soya is still being used as a test case by the regulator. SEBI must guarantee that exchanges have the technical capability to carry out such unusual corrective actions while maintaining openness. During the term of the issuance, SEBI might consider placing the shares of firms seeking FPOs on delivery-based trading. This might lead to a more thorough examination of the FPO standards, particularly the price bands for illiquid scrips that become accessible for trade following NCLT decisions but lack the required minimum public float.

What is a Follow-On Public Offer?

A follow-on public offering (FPO) is when a publicly-traded firm that has previously been listed on a stock market issues shares to the general public. Companies might use a follow-on public offering to obtain extra cash for a variety of reasons, including expanding their company operations, reducing debt, and so on. However, the firm must have previously gone public via an initial public offering (IPO), in which it sells shares to the general public for the first time. Furthermore, the shares issued via the FPO must be open to the whole public, not only current stockholders.

How Does FPO Work?

The business’s performance determines the share price during the initial public offering (IPO), and the firm wants to attain the target price per share during the IPO listing. The share price for FPO, on the other hand, is market-driven since the stock is already traded on the stock exchange. As a result, the investor may better grasp the company’s value before making a purchase. In addition, the price of follow-on public shares is often lower than the current trading price.

What Motivates Businesses to Make a Follow-On Public Offer?

In most cases, firms issue extra shares in order to inject more cash into the company.