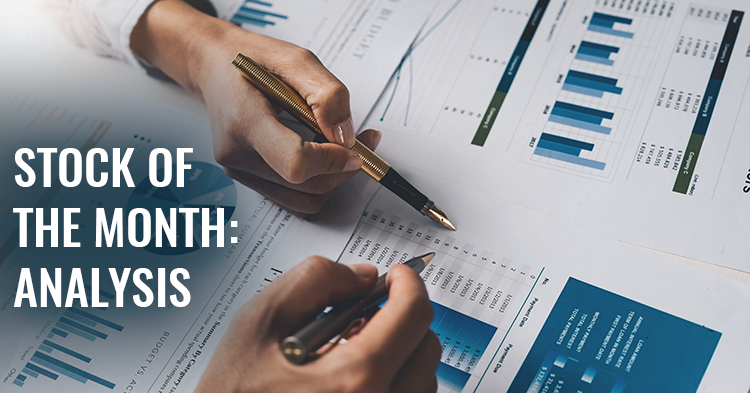 The title of Angel One’s ‘stock of the month’ for January goes to UltraTech Cement Limited. Keep reading to learn more about UltraTech Cement, and the stock information & stock performance in Q3FY20.

UltraTech Cement, part of the Aditya Birla Group, is an Indian cement company based in Mumbai. It is currently the largest manufacturer of white cement, gray cement, and concrete in the country. The company’s mission is to provide its stakeholders with superior value in products by prioritizing sustainability, customer-centricity, innovation, and team empowerment.

Here is a tabulated overview of UltraTech Cement’s key financials for FY18, 19 and 20E.

Here is an overview of UltraTech Cement’s stock performance for the third quarter of the financial year of 2020.

With the economic slog that India went through in 2019, it’s no surprise that many companies were struggling to uphold their revenue in Q3. In a climate with low demand, UltraTech’s stock performance has been quite impressive. In the third quarter of FY 2020 (Q3FY20), UltraTech Cement’s consolidated revenue diminished by a mere 1%. The earnings before interest, taxes, depreciation, and amortization (EBITDA) grew by 23.7% year over year (YoY).

The Profit After Tax (PAT) for UltraTech cement grew even more by 81% year over year (YoY). UltraTech’s operating margin also improved to 19.1% which is 3.8% higher than the same time last year. This is supposedly the result of improved cost control and better realizations. Low demand did have an impact on its sales volume which decreased by 4% to 20.9mn tonnes for Q3FY20 YoY. EBITDA per tonne, however, improved by 35.5% to ₹1004 since the previous year.

UltraTech Cement’s expenses associated with logistics declined by 5% to ₹1108 per tonne for YoY in Q3FY20. Moreover, the cost of energy consumption declined by 15% to ₹941 per tonne in the same duration which UltraTech may owe to the adoption of more sustainable energy sources. There were certain expenses that increased YoY, however, they did not offset the favorable reductions in costs.

The cost of raw materials, for example, grew by 2% to ₹941 per tonne. Other costs grew by a total of 6% (excluding Sabka Vishwas charge) to ₹707 per tonne. Another reliable move on UltraTech Cement’s part was to reduce its overstanding debt during this fiscal year. Its net debt was ₹22,111 crores at the start of FY 2020. This was reduced by ₹1,492 crores in the first half of the fiscal year. Net debt was further reduced by ₹1,994 crores in the last quarter alone. Currently, its debt stands at ₹18,625 crores.

By March of 2021, UltraTech Cement is expected to commission expanding its operating unit to 3.4 million tonnes per annum (mtpa) grinding capacity in their Eastern markets and Dalla SuperUnit- a clinker plant currently operating at 2.3 mtpa grinding capacity. Phase-I and II of the Bara grinding unit were also commissioned in January of 2020. These decisions seem to have occurred alongside the signs of revival in demand which were visible in the latter segment of Q3FY20.

UltraTech Cement has also sold 0.6 million metric tonne units in Bangladesh for an estimated value of $30 million. UltraTech Nathdwara Cement Ltd is now completely integrated with all of UltraTech’s processes and systems and processes. The plants have obtained optimal effectiveness and are officially PBT accretive. The Nathdwara plants consistently operate at 60% utilization and generating ₹1500 in revenue. They also helped reduce the EBITDA/tonne Cement prices by 4% quarter-over-quarter (QoQ).

Ultimately, research analysts at Angel One are positive regarding the long term prospects of the UltraTech given their stock performance, plans for expansion, pricing discipline in the industry, and favorable energy & freight expenses in Q3FY20. There are certain risks we do have to mention which can affect the future positive outlook and estimates we have for UltraTech. These risks are a reversal in the reviving demand, reduced infrastructure expenditures by the government, UltraTech’s capacity addition at a faster pace than anticipated, and a delay in synergy profits due to inorganic expansion.