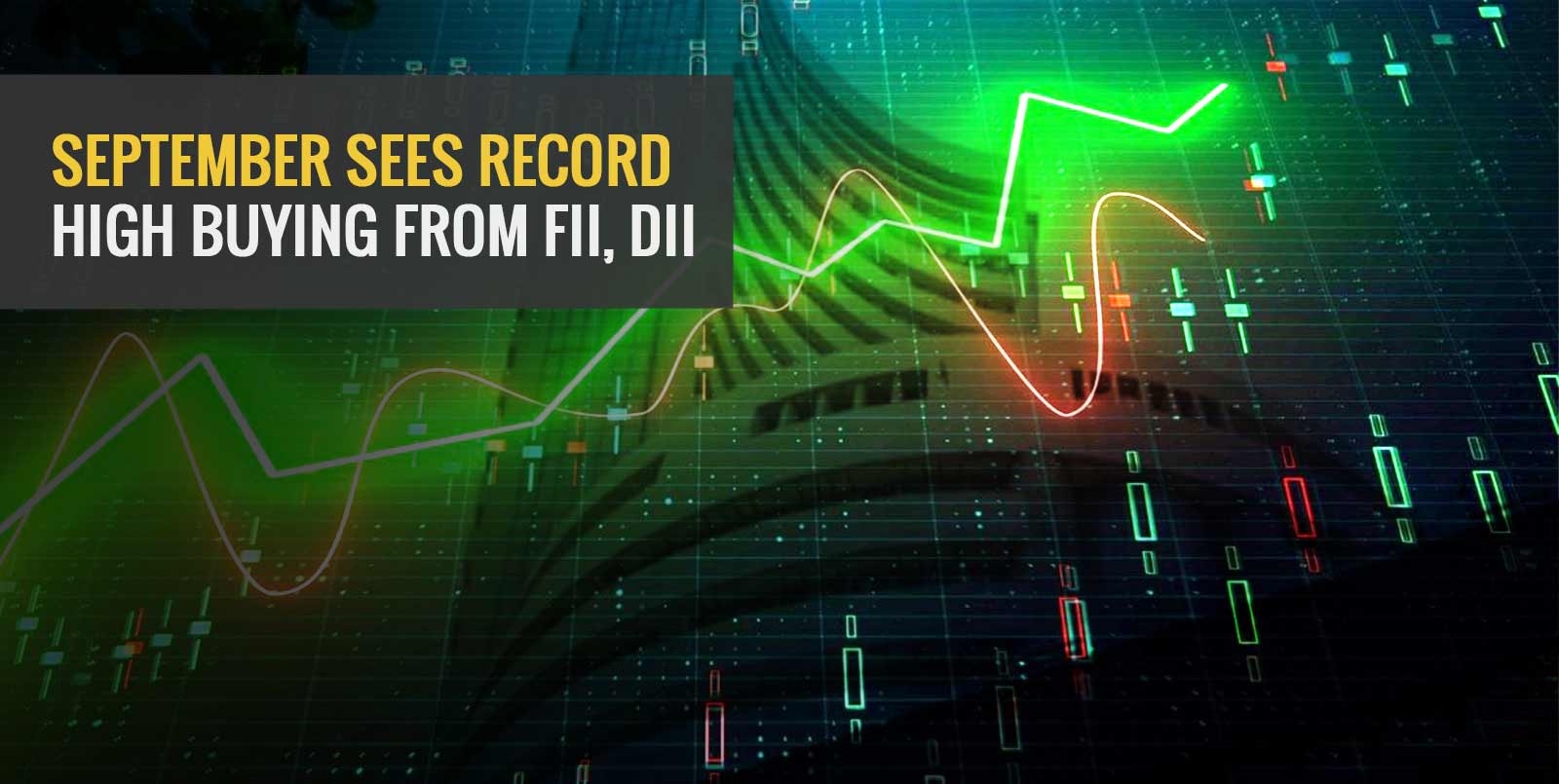 In the month of September, financial markets saw lifetime highs with NSE’s Nifty50 almost touching the 18000 mark whereas BSE’s Sensex traded beyond the 60k mark. This move was backed with major funds flowing in from both, the local and the foreign institutions.

Who are FIIs and DIIs?

Similarly, DIIs are domestic institutional investors. These are the type of market participants that include local institutions like investment banks, asset management companies, insurance companies, etc.

As per the data published by SEBI, the 6 months moving average of buying made by domestic institutions made a record high in the month of September. The number increased to INR 839.68 billion.

For the past two successive months, DIIs have been purchasing over INR 900 billion worth of equity in the secondary market. This was the first such occasion when one month after the other witnessed such heavy infusion of funds from local institutions.

The net moving average of DII buying for September 2021 increased to INR 76.88 billion. This number was the highest in the last twenty-two months since November 2019. All these investments by local institutions in the secondary market include MFs like ETFs, index funds, equity funds, etc.

DIIs have managed to maintain the buying streak of seven months in the equity market. This is the longest duration since Feb 2019 that local funds have done consistent purchasing in the equity.

In the past 7 months, local funds have procured equity worth INR 506 billion from the secondary market. As per the data at the end of August, out of the total assets managed by institutions, 16.53% were managed by local funds. In the absolute figures, this amount stands at INR 18.44 trillion.

Whereas DIIs have been maintaining their buying streak, FIIs had taken a back seat for a short duration. Although in the month of September, FIIs have started infusing funds again in secondary equity markets after the short break.

As per the numbers published by NSDL, their buying for the month of September 2021 stood at INR 2.28 trillion. Along with this being their second biggest buying, the moving average of the last 6 months of their buying reached INR 1.72 trillion.

The historical statistics show that there have been only 8 times so far when the moving average of FIIs purchases moved past INR 1.70 trillion mark. The data also shows that FIIs have made a net investment of INR 85.29 billion over the past 6 months.

Who are the major FIIs and DIIs in India?

Some of the major FIIs are Vanguard, the Government of Singapore, the Europacific Growth Fund, etc. On the other hand, HDFC Mutual Fund (AMC), Nippon AMC, Insurance companies like LIC, etc. are some of the major DIIs in India.

AUM stands for the asset under management. It is the total value of the pool of assets managed by the asset management company. Total value is based on the current market price of the investments.

What is the moving average?

Moving average, also known as rolling average, is an important statistical tool used for analysing numerical data and to find out what the underlying trend is. A set is marked and the average of all the data in that set is calculated. For example, if a set of the past 6 months is marked, the average of all the data in the past 6 months will be calculated. As the new month is added, the first month is excluded and the second month in the previous set become the first month in next set and so on.