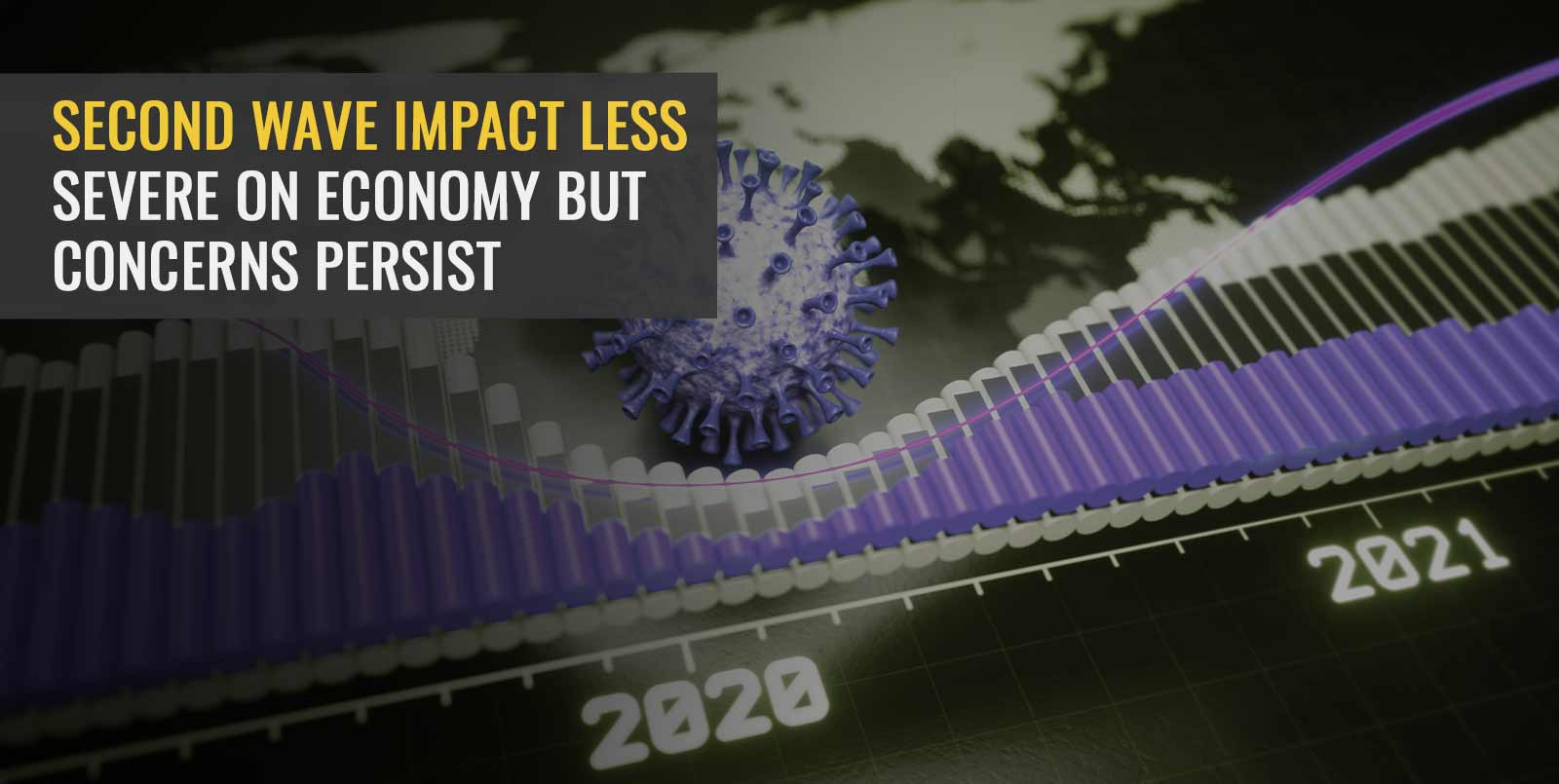 International ratings agency Fitch Ratings has said that the second wave of Covid-19 infections in India may not impact the economy as severely as last year but rings a note of caution when it observes that risks to the country’s financial institutions have increased. It adds that the second wave may sap near-term momentum of the economic recovery.

India has reported over 3.6 lakh new infections in the last 24 hours apart from 3754 deaths, according to health ministry data. Several states have imposed curbs and lockdowns including Delhi, Uttar Pradesh, Karnataka,Maharashtra and Tamil Nadu, among others.

However, it has noted that indicators show a dip in April-May economic activity and the risk in further disruptions could persist for some more time. In April 2021, Fitch had estimated a “moderately worse” environment for India’s banking sector. It had forecast India’s real GDP growth at 12.8 per cent for fiscal year 2022, after factoring in a slowdown in the second quarter of 2021 because of rising Covid-19 cases. The agency had said that more than 80 per cent of fresh infections in April were in six major states which together made up for nearly 45 per cent of banking sector loans.

Most ratings agencies are unanimous when they say that the second wave has dealt a shock to India’s public health system but not so severe a shock when it comes to the economic situation when compared to last year. A major reason cited is that the lockdowns in several states have allowed for industrial activity and movement of goods. In April 2020, there was a nationwide lockdown that hampered movement of goods and industries were also forced to shut down. India’s GDP had crashed by 24.4 per cent for the April to June quarter of 2020-21.

According to brokerage house Nomura’s analysts, economic activity may be impacted in the April-June quarter but the medium term outlook appears stable. The note also said that other tailwinds like solid global growth and front-loading of fiscal spending would aid the return of demand.

Meanwhile, the recent relief package announced by India’s central bank, the RBI, in the wake of the second wave is expected to offer relief to finance institutions during the next couple of years, according to the latest Fitch report. The RBI announced several measures to safeguard the interests of small and medium businesses apart from individual borrowers. The RBI has allowed MSMEs, individuals and small businesses with a total exposure of up to Rs 25 crore and those who have not availed of any restructuring before, to restructure their loans. Banks may be allowed restructuring under the new framework till September 2021. It is expected that these measures will cushion small businesses from the impact of the second wave.

Non-performing loans and stress on banks

There has been concern that the weakness of small businesses may add to non-performing loans (NPLs) for Indian banks. S&P Global Ratings has recently noted that Indian banks may continue to have a high proportion of weak loans and estimates such loans at 11 to 12 per cent of gross loans. S&P Global Ratings also added that Indian banks have shown an improved fiscal fourth quarter net profits. While the asset quality of Indian banks is under strain and profitability will be held back in FY 2021-22, the fast pace of India’s economic recovery till March has softened the NPL stress.

Ratings agency Fitch said more relief measures from the apex bank including credit guarantee schemes or the reintroduction of moratoriums on loan repayments may alleviate any possible rise in economic stress in the future. Fitch has also reaffirmed that India’s sovereign credit rating was BBB with a negative outlook.

Meanwhile, if India can boost its vaccination drive, the chances of containing a third wave may be higher. India has vaccinated 17 crore of its population but concerns persist about India’s slow pace of vaccination.

Fitch Ratings has noted that risks to India’s banking and other financial institutions have risen because of the second wave of the pandemic. However, it adds that the shock to economic activity may not be as intense as last year. It has added that the RBI’s relief intervention may provide relief to the financial institutions over the next couple of years. The agency has noted that India’s slow pace of vaccination may impact its ability to contain the third surge, which may affect the pace of economic revival.