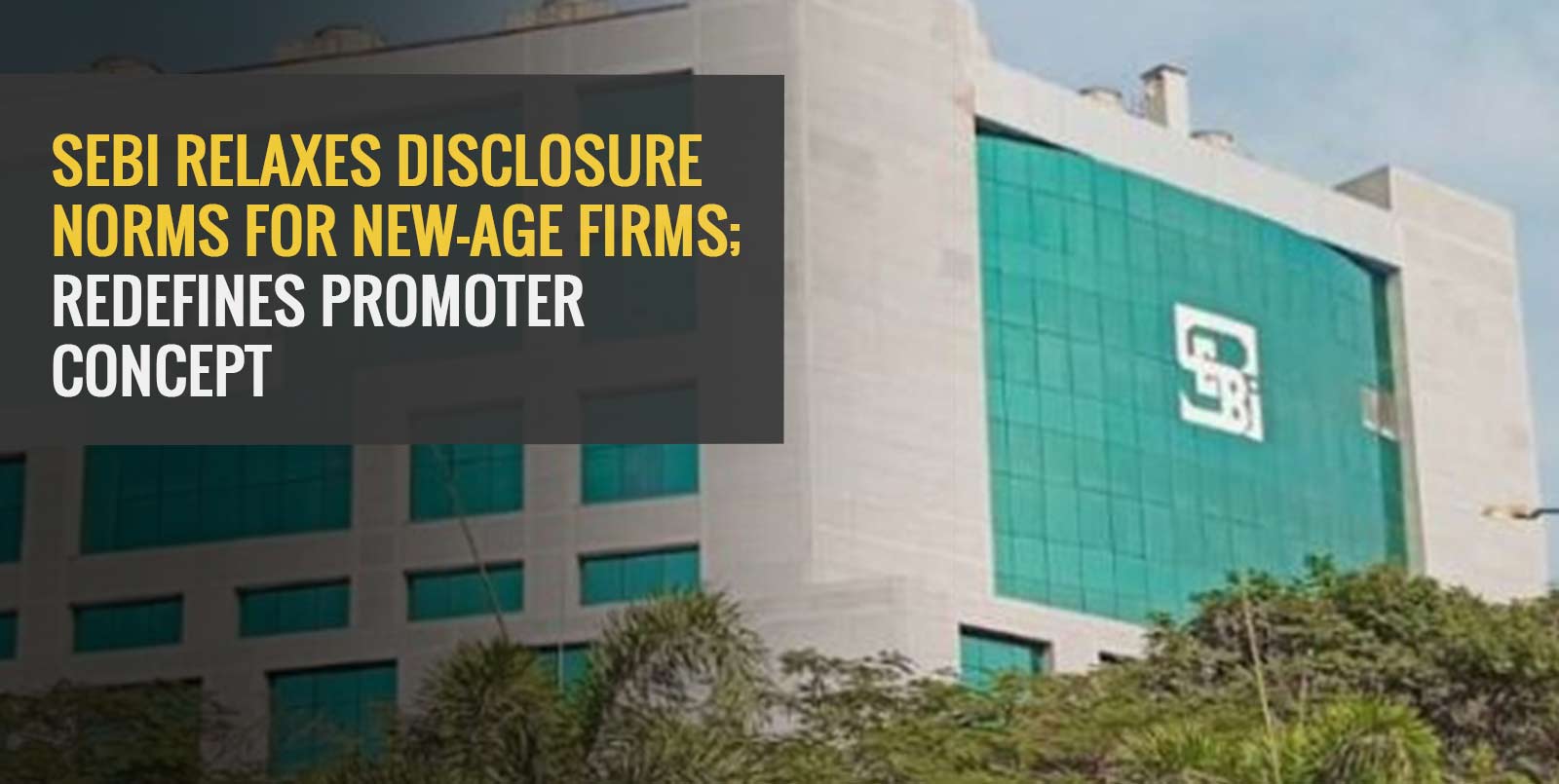 In a move that is aimed at boosting new-age startups and ironing out compliance issues, market watchdog SEBI has signalled a shift from the idea of promoters in listed firms to the controlling shareholders or person in control. The market regulator has also brought in a slew of measures to make it more business-friendly.

During a board meeting on August 6, SEBI has agreed to consult with its regulatory counterparts and chart out a framework for the transition from promoters to a person or shareholders in control. Further discussions on this subject will reportedly be taken up at the primary market advisory committee of SEBI. This may be reportedly significant in the wake of many new-age startups and private equity/venture capital-funded firms getting listed. Many of these companies may not be owned by a single family; they may also not have any distinct promoter or group of promoters, according to SEBI. A recent example is that of food delivery platform Zomato which didn’t have distinct or clear promoters, according to data from the National Stock Exchange.

Also, SEBI noted that some disclosure requisites for promoters or acquirers of firms would be done away with. These disclosures pertain to acquiring or disposing of shares adding up  to 5 per cent followed by any changes of up to 2 per cent thereon, and yearly disclosure of shareholding among others. These norms would cease to exist from the next fiscal year. This move comes in the wake of the System Driven Disclosures (SDD), wherein disclosures will be given out by stock exchanges on the basis of data collection from depositories. This would be fully system driven with no human role.

The market regulator has also given its nod for the reduction of the 20 per cent minimum lock-in period for the post of promoters after the company lists on the stock market. The lock-in period, according to SEBI, will now be 18 months instead of the earlier three years, on some conditions. For non-promoters, this lock-in will be six months in place of the earlier one year. Experts note that this reduction will aid the timely exit of investors who have brought in private equity.

Further, SEBI has also agreed to cut down any disclosure norms at the time of a company’s maiden public offer. This includes redefining the concept of promoter group in a situation where the promoter of the company listing is a corporate entity to leave out companies that have common investors. Further, the market regulator has also reportedly decided to change disclosure norms in the offer documents — if the company issuing IPO has its group firms, the financials of the leading five such group firms, either unlisted or listed, could be excluded from the disclosure requisites in the offer documents. However, these disclosures would still be available on the websites of the group firms. The easing of these rules will reportedly come as a boost for companies looking to go public.

Another decision by SEBI for tech firms and startups that are listed on the Innovators Growth Platform (IGP) pertains to the amount of sweat equity shares that can be given. The annual limit will reportedly be at 15 per cent within the total limit of 50 per cent of the paid-up capital at any given point. The limit of 50 per cent for IGP may be applied for 10 years from the date of the company getting incorporated. The timeframe was increased from five years to ten years in 2020 as it was suggested that it would help startups retain their employees and offer incentives to stay.

According to SEBI, the maximum annual limit for sweat equity shares to be issued by a mainboard-listed firm has been set at 15 per cent of the current paid-up equity share capital; this would be within the total limit not going beyond 25  per cent of such capital at any point in time.

The market watchdog’s board has also given the nod to merge rules pertaining to the issue of sweat equity and employee benefits that are share-based into one comprehensive regulation which would be termed Share-based Employee Benefits and Sweat Equity Regulations 2021. As part of these regulations, firms will be permitted to offer share-based benefits to the workforce of any of their group of companies, including affiliates and subsidiaries.

SEBI’s new measures pertaining to sweat equity of start-ups, disclosure norms for companies planning to get listed, and shift from the idea of promoters to person or shareholder in control, all point to its attempt to ease the regulatory landscape for businesses and companies looking to take the IPO route.