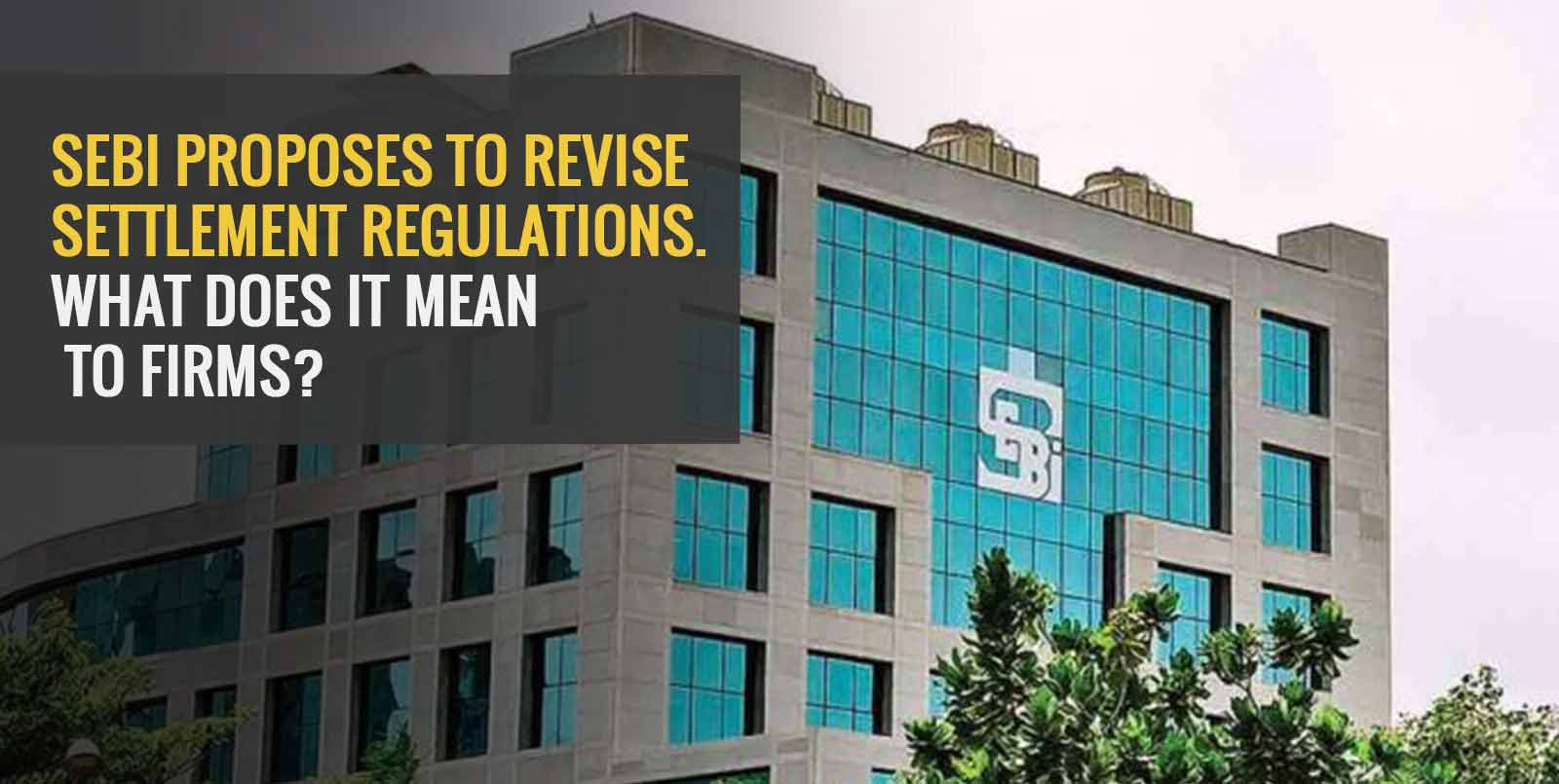 In order to make the mechanism more effective, the Securities and Exchange Board of India (SEBI) has urged revising the settlement regulations to parallel them with the specified methods of violations committed by firms.

SEBI has recommended revising the timetables and rationalising the cost structure for settlements, which is an application that involves an out-of-court resolution of securities law breaches. It is negotiated between the regulator and the entity in question, with no admission of guilt or denial of liability, and involves a fee payment.

It is proposed that the time limit for filing settlement applications be reduced from 180 to 60 days. Entities currently have a total of 180 days from the date they get the alert to reveal cause to ask for settlement.

In the vast majority of cases, the applicants file for settlement near the conclusion of the timeframe. Such delays not only defeat the aim of the enforcement procedure, but also obstruct the timely completion of enforcement actions, according to SEBI’s circular released on Tuesday.

The ideas, if enacted, will alter the way securities law infractions are settled. Reportedly, changes in the calculation of base value for settlement amounts, tinkering with multiplying factors and mitigating factors, and giving more discretion to the Internal Committee and High Powered Advisory Committee (HPAC) to arrive at settlement terms are all suggested in the consultation paper.

The major goal of settlements was to relieve SEBI of an untenable load while simultaneously lessening the stress of litigation on the individual. Keeping track of time does not provide any kind of meaningful classification for the purpose of settlement. In fact, the inspection process can take many weeks or months before a person can make an informed decision about whether or not to settle.

The regulator has also proposed reducing the period allowed for submitting revised settlement terms from 20 to 15 days. “The extended time of 20 working days is frequently used by certain companies as a procrastination tactic to prolong the enforcement process,” SEBI added.

The regulator has also advised that the compensation sum be reduced. Individuals and business entities are currently given different treatment when it comes to determining settlement terms.

Also, it is suggested that a distinction be made based on the role attributed to the candidates in the alleged offence as specified in the specified proceedings that have been initiated or may be initiated against the applicant in order to provide a streamlined approach to the treatment of similar defaults.

Peripheral entities, such as fake directors and mule account holders, are frequently people from economically disadvantaged backgrounds who act as name lenders to the main criminals in a case, according to SEBI.

What is meant by rolling settlement?

What is full margin trading, and how does it work?

Margin is a proportion of the total value of a trading position that you must put up in order to open the transaction. Traders can use ‘full margin trading’ to improve their market exposure. Profits and losses are exaggerated as a result. The amount of margin required grows in tandem with the magnitude of the trade.