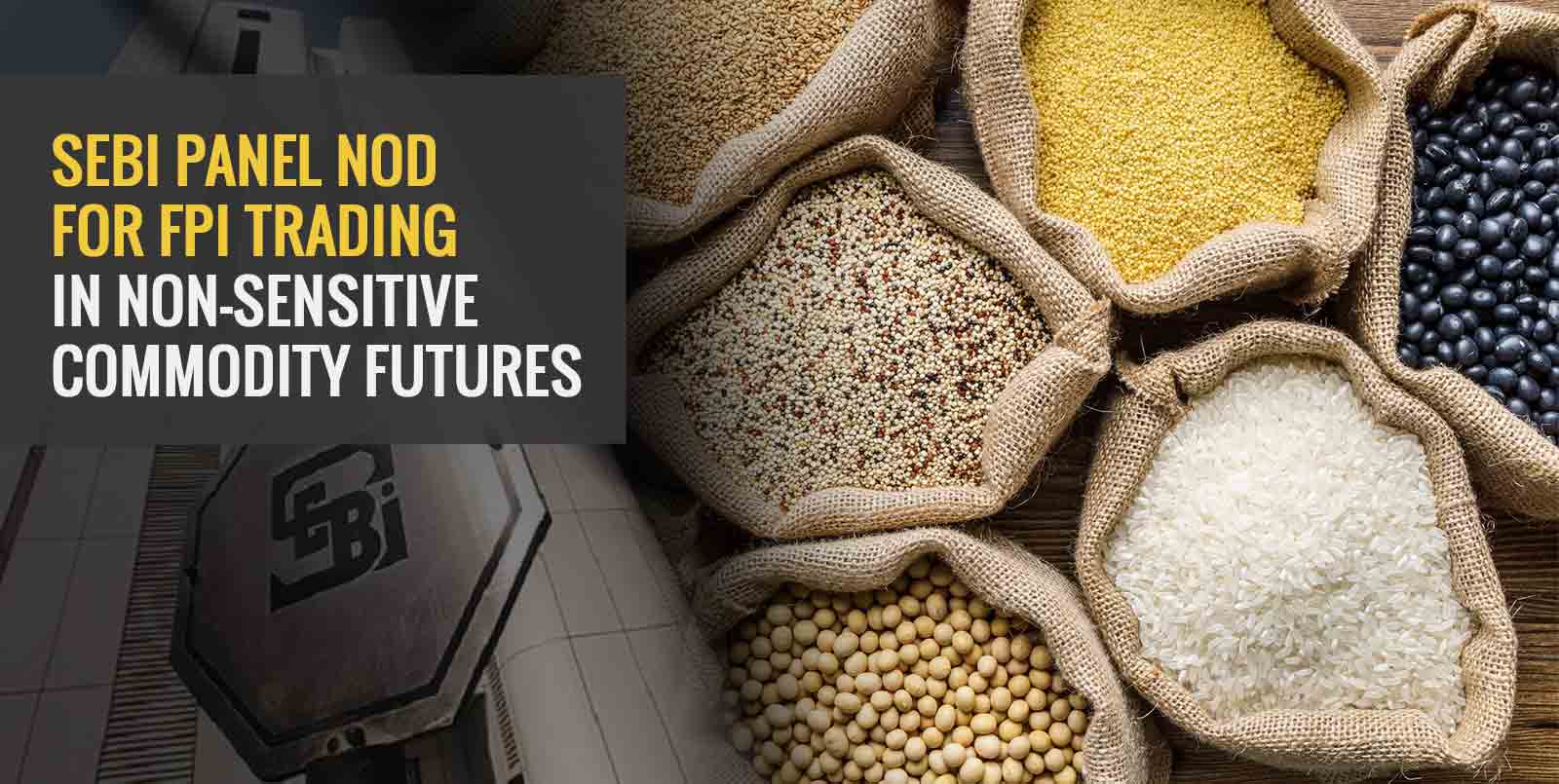 A SEBI-constituted advisory committee has reportedly decided to allow foreign portfolio investors to trade in non-sensitive commodity futures contracts. As per news reports, the Commodity Derivative Advisory Committee (CDAC) has given the nod as it believes that opening up the commodity derivatives market to FPIs would deepen and strengthen the market.

A decision to let FPIs trade on the country’s commodity exchanges after taking into account SEBI’s stand and also the government’s decision following assessment of the planned price reforms in the agri-commodities space.

What does commodity futures mean?

Trading in commodity futures refers to buying futures for commodities such as pulses, gold, other precious metals or oil, for example. A futures contract is one where a trader agrees to purchase or sell a certain asset at a particular time in the future for a specific price.

Trading in commodity futures means a trader is allowed to buy a futures contract for a certain commodity for a pre-set price and then sell it ahead of the expiry date. If the commodity price is greater (before date of expiry), the trader gets a profit and if not, incurs a loss. There are several commodity sectors such as agriculture, metals and minerals, precious metals and materials, services and energy. Some commodities are categorised as sensitive if they come under interventions from the government or price fluctuations in the past five years of trading, according to SEBI. The interventions could also be external dynamics such as barriers pertaining to trade or curbs on imports and exports.

Market regulator SEBI allowed eligible foreign entities (EFE) with real exposure to the commodity markets in India to partake in the commodity derivatives market in 2018, under certain conditions. One of them is that the EFEs would need to have a minimum net worth of $500,000.

FPIs and foreign venture capital investors could participate in the commodity futures trading if they are also registered as EFEs with actual exposure to the physical commodity markets and also if they have a clear demarcation of funds, securities or commodities under different registrations, as per SEBI.

The idea behind the opening up of commodity derivatives trading to FPIs in India is not just to deepen the market but also to ensure greater transparency and efficiency. It is also expected to help India evolve into a price setter for commodities in the global markets rather than be a price taker.

A SEBI-appointed panel has given its nod to allow FPIs to participate in commodity futures trading in the non-sensitive category for now. However, a final decision would be taken by the market regulator and the government after an assessment of price reforms in some commodity categories.

What are sensitive and non-sensitive commodities?

What is commodity futures trading?

Commodity futures trading involves agreeing to buy or sell a specific commodity at a future date, wherein the quantity and price of the said commodity is fixed at the time of the contract.

A SEBI-appointed panel has decided to allow FPIs to trade in non-sensitive commodity futures listed in local exchanges but a final decision will be taken by the regulator and the government.