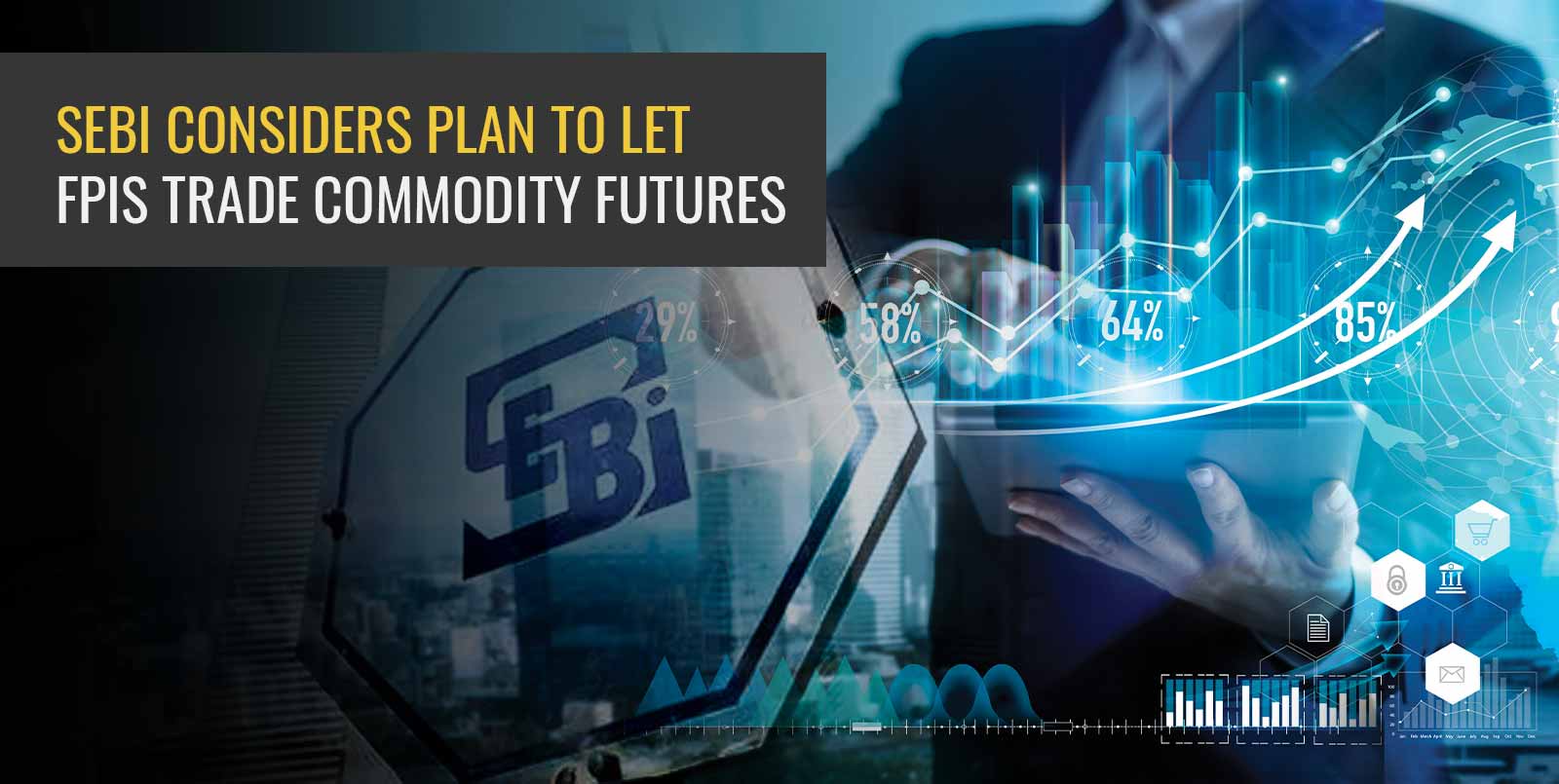 Capital markets regulator SEBI is considering a proposal to allow foreign portfolio investors or FPIs to trade commodity futures that have been listed on the exchanges. The regulator met top commodity trading firms with an international standing and FPIs in other markets and bourses to seek opinions on the subject.

Foreign companies are not allowed to take positions in exchange-traded commodity derivatives unlike stocks, currency, gilt or bonds. Also, Indian equities have been attractive to foreign portfolio investors for a while now, in spite of the Covid-19 pandemic and its second wave. According to data from the depositories, FPIs had invested over Rs 15,300 crore in Indian equities for the period between June 1 and 18.

It may be recalled that although commodity futures trading is not allowed for foreign portfolio investors, back in 2018, SEBI allowed ‘foreign entities’ to take part in the commodity derivatives segment. Till then overseas companies were not allowed to participate in the commodity derivatives market directly, though they were into the imports and exports of commodities to and from India.

Now, with SEBI considering the proposal to allow FPIs to invest in the commodity futures markets and have position limits that go beyond hedging will need changes in the capital markets regulator’s regulations, and not necessarily any legal amendments.

There is likelihood of the capital markets regulator considering the advantages and disadvantages of permitting FPIs in certain commodities that are non-sensitive or non-agricultural, including silver or gold. Also, permission may be given in a manner that balances aspects such as headline inflation. India may also require to increase position limits to attract FPIs because these limits are huge in the global scenario.

India may look at the China example, before it arrives at a conclusion around the proposal. China opened its futures markets to allow foreign entities in November 2020. In November 2020, China rolled out a copper futures contract open for foeegn trades. The aim was to seize some pricing power. The opening up was also aimed at allowing foreign participants to adopt the Chinese currency and also increase the country’s appeal to foreign traders.

More recently, China launched crude oil  and palm oil options trading to foreign investors. By opening up the futures market to overseas entities in a careful and balanced manner, India too can further tap into the liquidity on the global front and attract foreign investments.

A vibrant commodity futures market aids price discovery and helps in assessing the fair value of any commodity. It also helps in risk management and sustains the competitiveness of imports and exports. Many factors like dynamics of demand and supply, weather conditions and the fluctuating dollar impact commodity futures.

India is a key player on the commodities front, with the country being the biggest producer of pulses and milk, and one of the leading producers of crude steel. India is also the world’s leading importer of gold, apart from being the top consumer of the yellow metal. India is also the third biggest consumer and importer of crude oil. SEBI’s latest idea of relaxing commodity futures markets norms to allow foreign investment would strengthen India’s role in the value chain on the global front. It also gives fillip to India graduating from the role of price taker to price maker/setter. The commodity futures market, if and when opened up, may aid in sharpening the competitiveness of India on the global front.