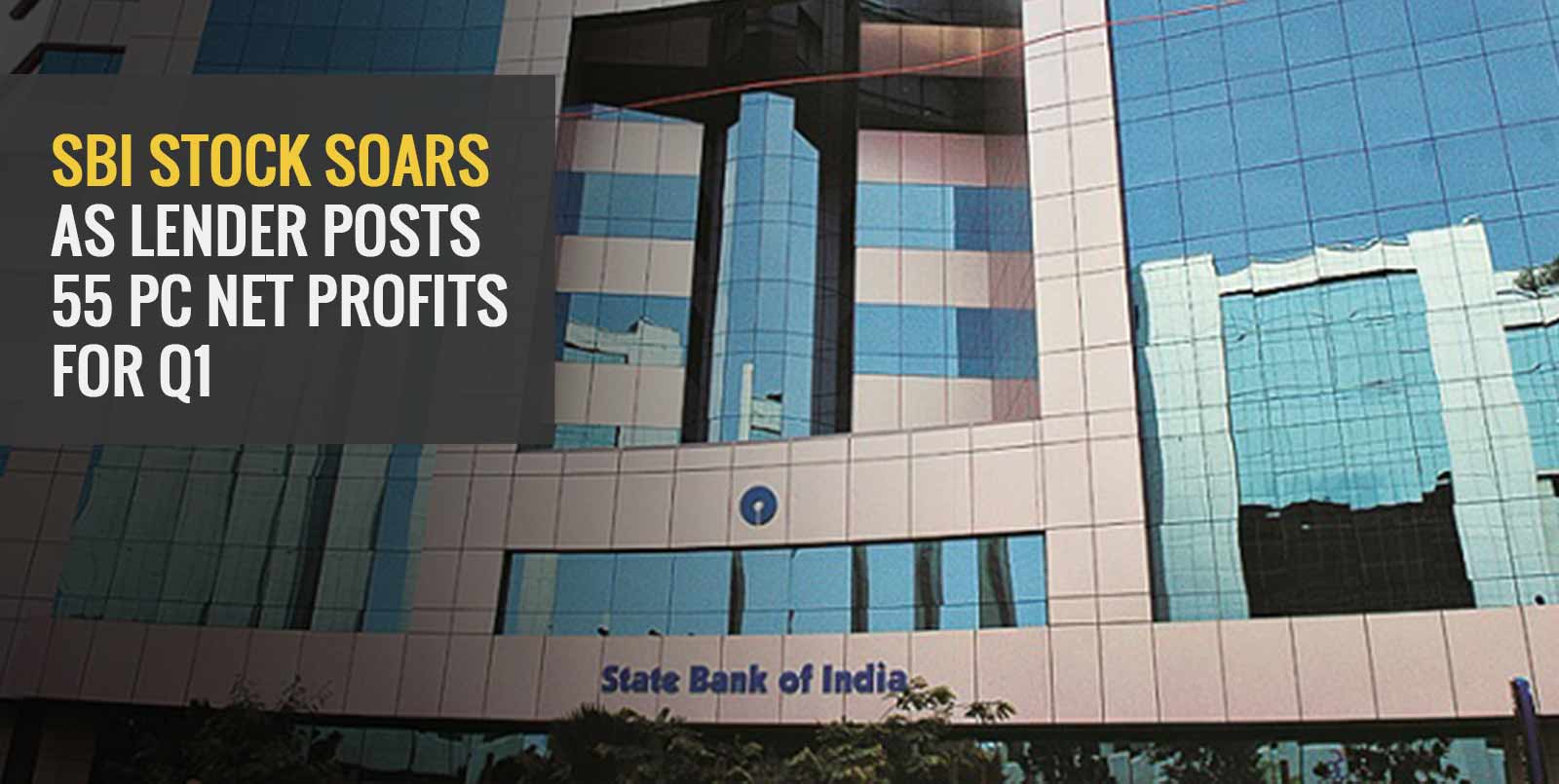 India’s biggest public sector bank, State Bank of India (SBI), saw its stock hit an unprecedented peak, scaling 4.67 per cent compared to the prior close on the BSE, on the back of its first quarter earnings.

With the PSB reporting its earnings, banking stocks emerged sectoral winners, with the BSE bank index gaining over 1000 points to end at 41,014. Bank Nifty also closed 820 points higher on August 4. The benchmark indices, Sensex and Nifty, both logged intraday highs of 54,465 and 16,290, respectively on the back of the buoyant banking stocks.

Rise in net profits for the quarter

The bank has reported a year-on-year increase of 55.25 per cent in its net profit for the first quarter of the current fiscal, meeting analyst expectations. The state-run lender recorded a net profit of Rs 6,504 crore, an increase from the Rs 4,189 crore for the year-ago quarter. The rise in net profit was largely attributed to the bank’s reduced bad loan provisions and its non-lending segment. In the earlier quarter (Q4 FY21), SBI’s net profit had risen 81 per cent y-o-y to Rs 6,451 crore owing to reduced provisions and an increased interest income.

The bank’s total deposits registered an increase of 8.8 per cent year on year, with current account deposits seeing a rise of 11.75 per cent. The bank’s net NPA ratio (non-performing assets) dropped to 1.77 per cent year on year, while the gross NPA ratio dipped to 5.32 per cent. The NPA provisions stood at Rs 5029 crore when compared to the Rs 9,914 crore quarter on quarter. It may be recalled that SBI also recovered Rs 1,692 from Kingfisher Airlines, now defunct.

Higher slippages from a year ago

Although new slippages stood at Rs 15,666 crore, much higher than the Rs 3,637 crore in the same quarter a year ago, they stood lower than the earlier quarter when slippages were at Rs 21,934 crore. Nearly 41 per cent of the new slippages was attributed to SMEEs, while retail loans came in second at 34 per cent. The bank’s chairperson has noted that there has been a considerable pullback in the slippages over the past 45 days, for the first quarter of the year. The bank said the slippages were largely because of small business borrowers and the non-salaried individuals taking a hit during the second surge of the pandemic. The bank said that the aim was to keep the slippage ratio under 2 per cent of its FY22 loans. The ratio grew to nearly 2.5 per cent for the quarter when compared to the 0.60 per cent in the same period last year.

For the fiscal year ended March 31 2021, the banking sector reported Rs 1.02 lakh crore in profits, an all-time high, at a time when the pandemic impacted the economy. State Bank of India contributed to nearly 20 per cent of the profits, at Rs 20,410 crore. SBI’s Q1 results for FY22 may offer an insight into the banking sector’s and the nation’s fiscal health, as the bank has the reins over nearly one-fifth of the country’s lending market.