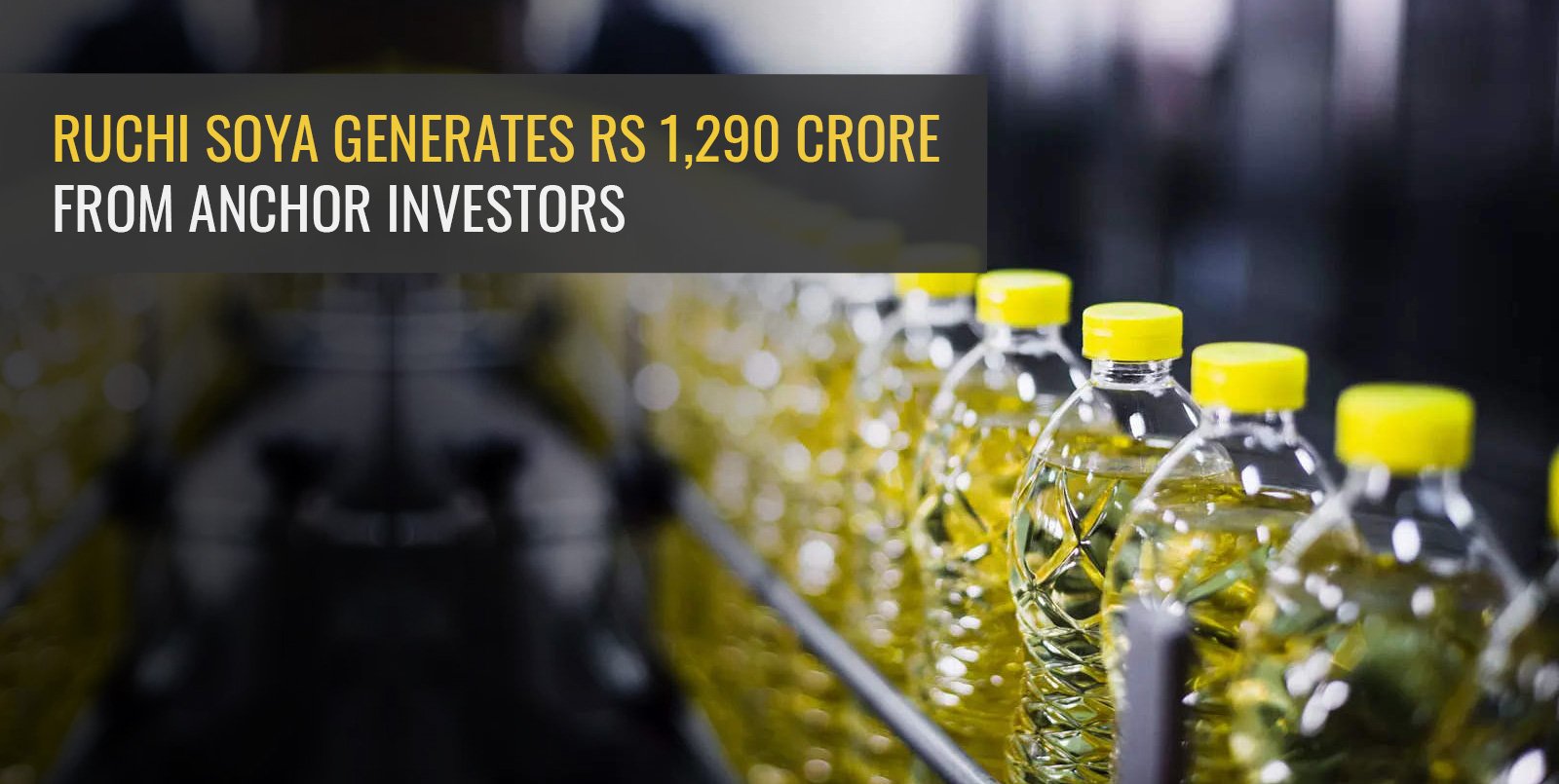 Ruchi Soya Industries, a Patanjali-backed FMCG business, raised Rs 1,290 crore from 46 anchor investors on 23rd March ahead of its follow-on public offering (FPO). The public subscription period for the offer will begin on 24th March. The FPO will consist only of a new issue of equity shares to public investors, with no component of an offer for sale.

Ruchi Soya is one of the world’s leading branded oil packaged food companies, offering a diverse range of cooking oil brands in categories such as soybean, palm, sunflower, mustard, cottonseed, and others. The company’s ‘Ruchi Gold’ brand is the market leader. Under the brand name ‘Nutrela,’ it is also one of India’s leading makers of soya meals. It has added cookies, biscuits, rusks, noodles, and morning cereals to its packaged food portfolio by the ‘Patanjali’ product portfolio.

Through the FPO, the corporation hopes to raise up to Rs 4,300 crore. The net proceeds from the FPO will be used to pay down debts, meet working capital needs, and for other general company objectives.

How Patanjali generated money in Ruchi Soya out of thin air

On 17th January 2020, an edible oil firm rising from bankruptcy held a meeting a week before its re-listing, where it approved a preferential issue of 18.67 million shares to a management consultancy company with literally no business to show and two directors raising a total of Rs 230 million. The business said in its stock market notification that it issued this issue because it required long-term “growth capital.”

The consultancy would hold 5.94 percent of the listed firm after the preferential issuance, which was approved at an extraordinary general meeting (EGM) on 20th February in Noida. That 130 million investment has grown to 13.48 billion at a price of 725 as of 5th June – a 100x return in less than five months!

Ruchi Soya, a bankrupt edible oil firm, was bought over in December 2019 by lone bidder Patanjali Ayurved, which is headed by Baba Ramdev. Ashav Advisory LLP, situated in New Delhi, is a small, upstart management consultancy firm that puts the finest hedge fund in the world to shame. Its investment in Ruchi Soya has paid off handsomely, as the market valuation has risen from $5 billion to $214 billion since the re-listing, despite little trading activity.

Having a baba at your side

Ruchi Soya has a tumultuous history. Dinesh Shahra, the company’s founder, started his business adventure in Madhya Pradesh, India’s soyabean capital. In the late 1980s, he began producing soya chunks under the Nutrela brand. With a market share of more than 50%, it is the industry leader in branded soyabean. The corporation expanded into the edible oil market throughout time and now owns some of the most well-known cooking oil brands, including Ruchi Gold and Mahakosh.

Given Patanjali’s own economic problems, it’s unclear if the new owners will be able to unlock value in Ruchi Soya, but the lenders seem to have put a lot of trust in the stock. While ‘watchdog’ SEBI seems to believe that this increase in stock price is natural and good to all stakeholders, the primary benefactor of this market cap generated out of thin air, along with Patanjali, is the unnamed advisory firm that gave timely “growth capital” to Ruchi Soya.