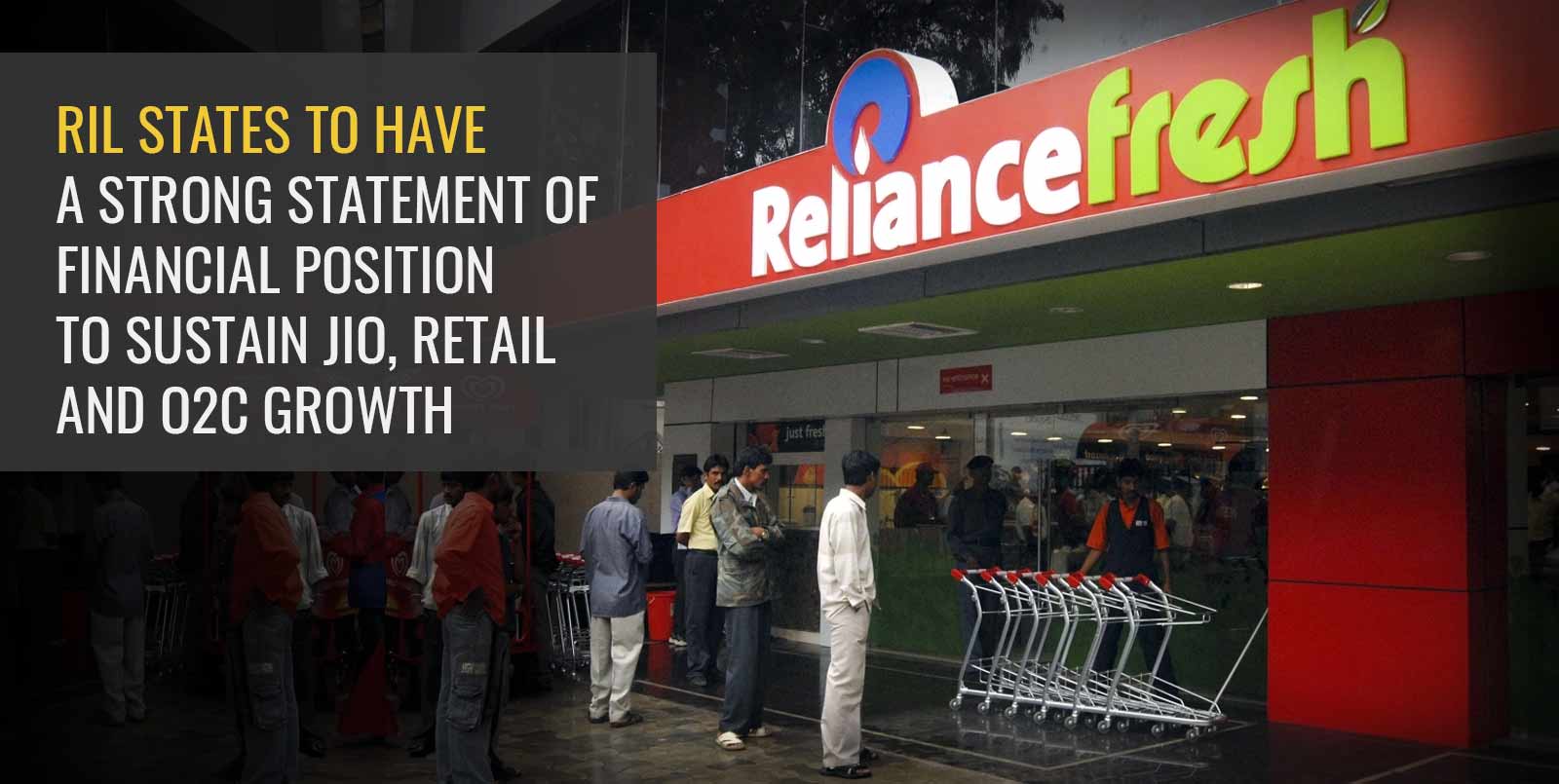 An Overview of RIL’s Annual Report

Reliance Industries said it had applied for the use of niclosamide as a potential medicine to treat pandemic virus and created a cost-effective diagnostic kit to detect the disease, among other pandemic-fighting measures. RIL stated Jio Platforms has partnered with US chipmaker Qualcomm for local manufacturing of 5G equipment in its annual report for 2020-21, which was released on Wednesday.

The company said it paid off $7.8 billion in long-term foreign currency debt last year and will be debt-free in FY21. The digital commerce and merchant relationships division contributed 10% of Reliance Retail’s total income of Rs. 1,53,818 crores last year, up from nearly nothing the year before.

In the report, chairman Mukesh Ambani stated, “We now have a robust financial sheet with substantial liquidity that will support growth ambitions for our three hyper-growth engines – Jio, Retail, and O2C.” In 2020-21, RIL reported a net profit of Rs. 53,739 crores, increasing 34.8 percent from the previous year, despite sales falling 18.3 percent to Rs. 539,238 crores. Because of the pandemic, Ambani has not received a paycheck this year.

The company’s oil-to-chemicals (O2C) segment, which accounts for 60% of the top line, saw reduced volumes and realisation, resulting in decreased annual income. However, according to the annual report, flexibility in operations and quick response allowed operations to return to near-normal levels. According to the annual report, the company also sourced the world’s first shipment of “carbon-neutral oil” as part of its goal to be carbon-neutral by 2035.

Niclosamide is a tapeworm drug that has been demonstrated in some tests to help cure pandemic virus. Reliance Industries stated its R&D team has devised a method for producing sanitisers that meet WHO criteria for 20% less than market price. The team is also working on obtaining certification for Nexar polymer, which has demonstrated the potential to destroy the lipid layer of numerous viruses and bacteria, according to the business.

The company stated that it is striving to alleviate ventilator shortages as well as developing oxygen generators that can produce 5-7 litres of oxygen per minute with a purity of 90-95 percent. For pandemic virus identification, Reliance created novel cost-effective diagnostic kits called “R-Green” and “R-Green Pro.” The kits have been approved by the ICMR.

Reliance and Qualcomm Form a Partnership

Jio is presently planning for 5G field trials after receiving spectrum from the Department of Telecommunications for the purpose. RIL said Jio Platforms has teamed up with Qualcomm, a US chipmaker, to manufacture “critical equipment” in India to help push the 5G ecosystem forward. Last year, Qualcomm put $97 million into Jio Platforms for a 0.15 percent interest.

Jio Platforms is also working with original equipment manufacturers to standardise 5G device configurations, according to the company. RIL claims that its digital unit Jio’s “strategic initiatives,” which will be launched in collaboration with Facebook and Google in the United States, would boost its customer service offerings. Last year, Facebook and Google paid Rs. 43,574 crores and Rs. 33,737 crores for 9.99 percent and 7.73 percent interests in Jio Platforms, respectively.

Last year, Reliance Retail launched its digital commerce initiative Jio-Mart in 200 cities, first offering grocery products. The platform was then expanded to include fashion and electronics. E-commerce had “significantly scaled up from almost nil in the preceding year,” according to Reliance Retail.

During the pandemic, Reliance Retail hired over 65,000 people, with over 53,000 of them being freshers. Reliance Retail completed the “biggest fund raise effort in the sector” last year, amassing Rs. 47,265 crores for a 10.09 percent ownership from a slew of global private equity groups, valuing the firm at more than Rs. 4.2 lakh crores.

During the year, Reliance reorganised its refining and petrochem segments into one oil to chemicals company. According to the corporation, the reorganisation would promote value development through strategic alliances and attract a dedicated pool of investor capital. The purpose of O2C is to maximise crude to chemicals conversion and build a long-term growth business, according to the company. “It will enable Reliance to advance our own ambitious new energy and new materials business, which is committed to a vision of clean and green development,” says the company.

The firm claims to be working on next-generation carbon capture, utilisation, and storage methods to convert CO2 into valuable products and chemicals. The firm intends to take part in the shift away from fossil fuels and toward clean, cheap energy. It is making success in turning greenhouse gas produced at its refinery in Jamnagar into high-value proteins, nutraceuticals, innovative materials, and fuels. Production for sale in the O2C segment declined by over a tenth year on year to 63.6 million tonnes, owing to decreasing demand for transportation fuels due to pandemic-related interruptions.