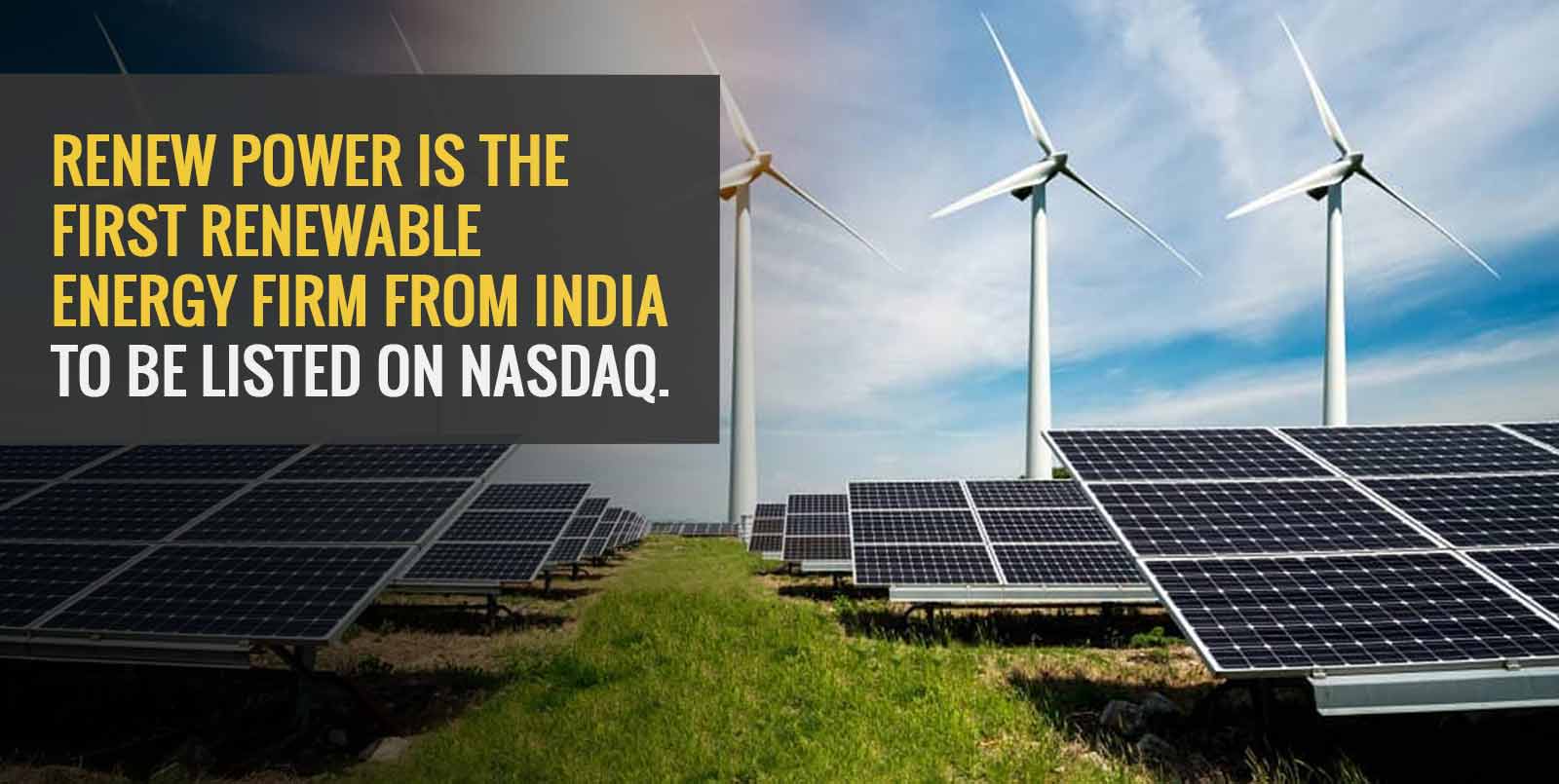 ReNew Power Pvt Ltd announced on Tuesday that it had finished a “business combination” with RMG Acquisition Corporation II of the United States.

A blank-check company is one that is in the early stages of creation and does not yet have a business strategy. RMG II has become a wholly-owned subsidiary of ReNew Energy Global plc as a result of the business combination, according to a statement from ReNew Power.

Sumant Sinha, CEO of ReNew Power, stated, “The conclusion of our business combination with RMG II is a significant step forward in the Indian power sector’s decarbonization. We shall keep working to expand clean energy generation in India. We’re looking forward to continuing our cooperation in India to develop wind and solar energy.”

“We have been happy to collaborate with the ReNew team throughout this process, and look forward to maintaining our connection as we go into the next phase of growth for ReNew after the conclusion of our deal,” said Robert Mancini, Chief Executive Officer and Director of RMG II.

ReNew Power and RackBank Datacenters have signed a memorandum of understanding to power the country’s first hyper-scale data centre with 100 percent renewable energy.

RackBank is a data-driven enterprise that offers services such as integrated servers, operated servers, and so on. Following the signing of a Power Purchase Agreement (PPA) with RackBank, ReNew will deliver power generated from renewable sources to RackBank’s hyper-scale data centre in India.

According to the terms of the agreement, ReNew will build, co-own, and manage a hybrid power generation plant exclusively for RackBank’s data centre. Through the ‘Open Access’ approach, RackBank would purchase green power generated at this facility directly from ReNew.

The MoU also stipulates that non-renewable power consumed by RackBank’s datacenter will be offset by green credits purchased from ReNew, guaranteeing that the data centre works with zero emissions. ReNew Green Solutions, ReNew Power’s corporate partner, will carry out and oversee the project, which will result in the development of India’s first eco-friendly data-driven platform, according to the company.

RackBank’s datacenter is 35,000 square feet in size, with a capacity of 800 racks and increasing. “The MoU between ReNew Green Solutions and RackBank highlights the dedication that responsible corporations are demonstrating to migrate to greener energy sources to power their companies,” stated Sumant Sinha, founder, chairman, and CEO of ReNew Power. “ReNew Power has been a pioneer in the renewable energy market, and it has always been our goal to help businesses minimise their carbon footprint,” he continued.

“This initiative, along with the various other green initiatives already taken by our organisation, is one of the primary checkpoints for RackBank’s vision of a sustainable future,” stated Narendra Sen, CEO of RackBank Datacenters. “Through this agreement, we should be able to lower our electricity costs by 30% compared to power usage directly from the grid,” he added.

Who is ReNew Power’s founder?

Sumant Sinha is the Founder, Chairman, and Managing Director of ReNew Power, India’s largest sustainable energy firm. He is a leading first-generation entrepreneur.

In India, what percentage of energy is renewable?