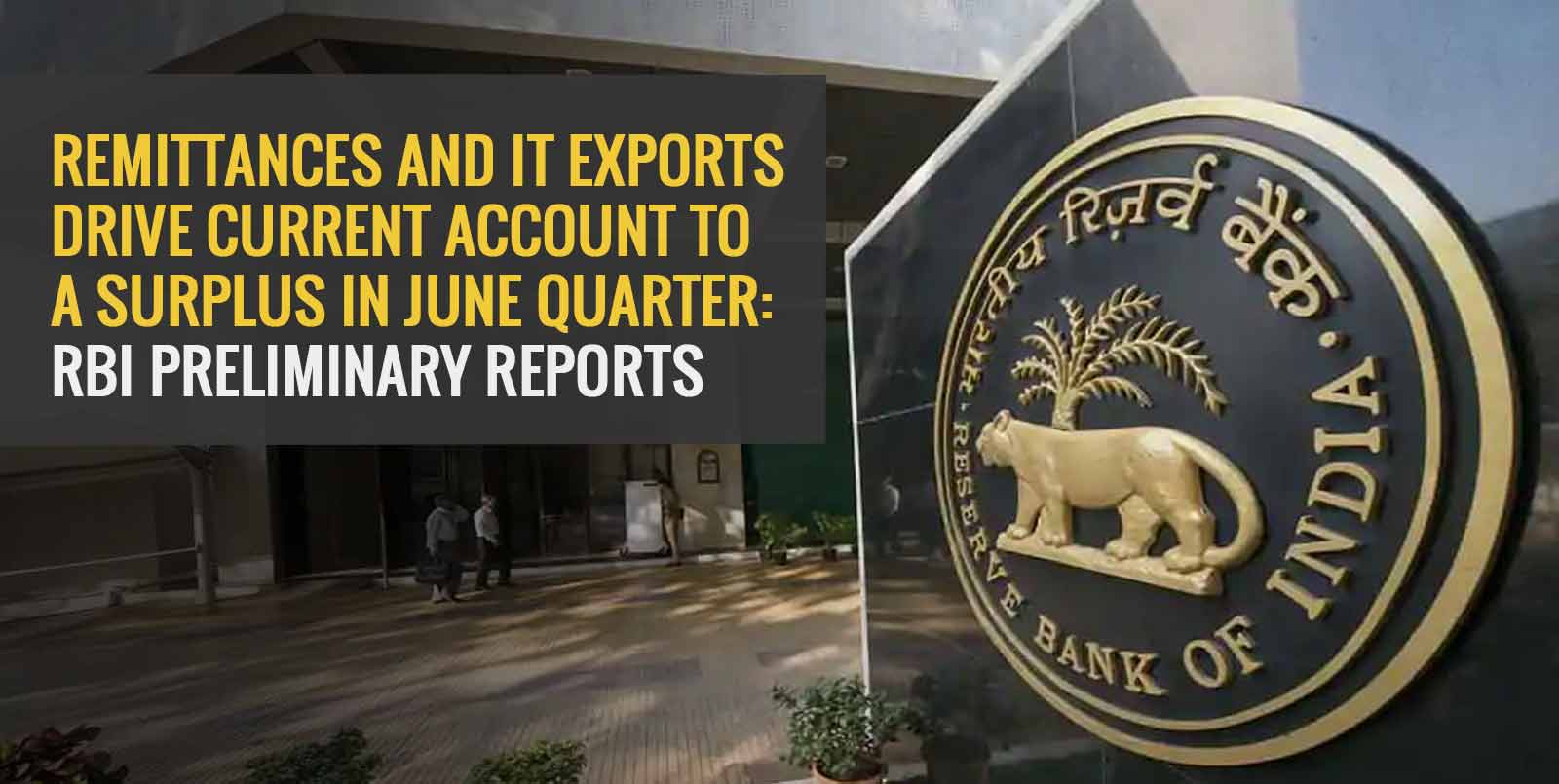 Increased software services revenue and inward contributions from diaspora Indians overseas enabled the current account in the balance of payments to end in a positive for the quarter ended June’21, countering a significant increase in the petroleum import tariff. In addition, the economic slowdown brought on by the 2nd lockdown during the quarter led to a smaller trade imbalance.

According to preliminary figures released by the Reserve Bank of India, India’s current account, which includes the net of India’s export of goods and services, registered a positive of $ 6.5 billion or 0.9 percent of GDP in the April-June’21 quarter, compared to a surplus of $ 19.1 billion or 3.7 percent of GDP a year ago.

The impact of the pandemic’s second wave on demand for fuel and gold in particular reduced the trade deficit, resulting in a $6.5 billion current account surplus in Q1 FY2022. However, the surplus was larger than expected, thanks to strong performance in the services sector and secondary income.

During the quarter, revenue from software services exports increased by 21% to $25 billion. Private transfers, which primarily represent remittances from Indians working abroad, were $ 20.9 billion, up 14.8% from a year ago, according to the central bank.

The record high quarterly services trade surplus of USD 25.8 billion is notable. While it emphasises the long-term viability of the tradable services category, it also emphasises the underlying worldwide emphasis on digitalization of the economy in the aftermath of the pandemic.

An economist at QuantEco research firm shared that the current account surplus is unlikely to endure long even though the economy recovers to pre-pandemic levels and with the impact of higher global commodity prices filtering through, the current account will move back to deficit for the balance of the fiscal year.

As demand rebounds and economic activity returns to pre-pandemic levels. Net foreign direct investment, one of the primary components of capital flows, had an influx of $11.9 billion in the first quarter of this year, compared to an outflow of $ 0.5 billion the previous year.

What does it mean to have a current account surplus?

What causes the current account to be in surplus?