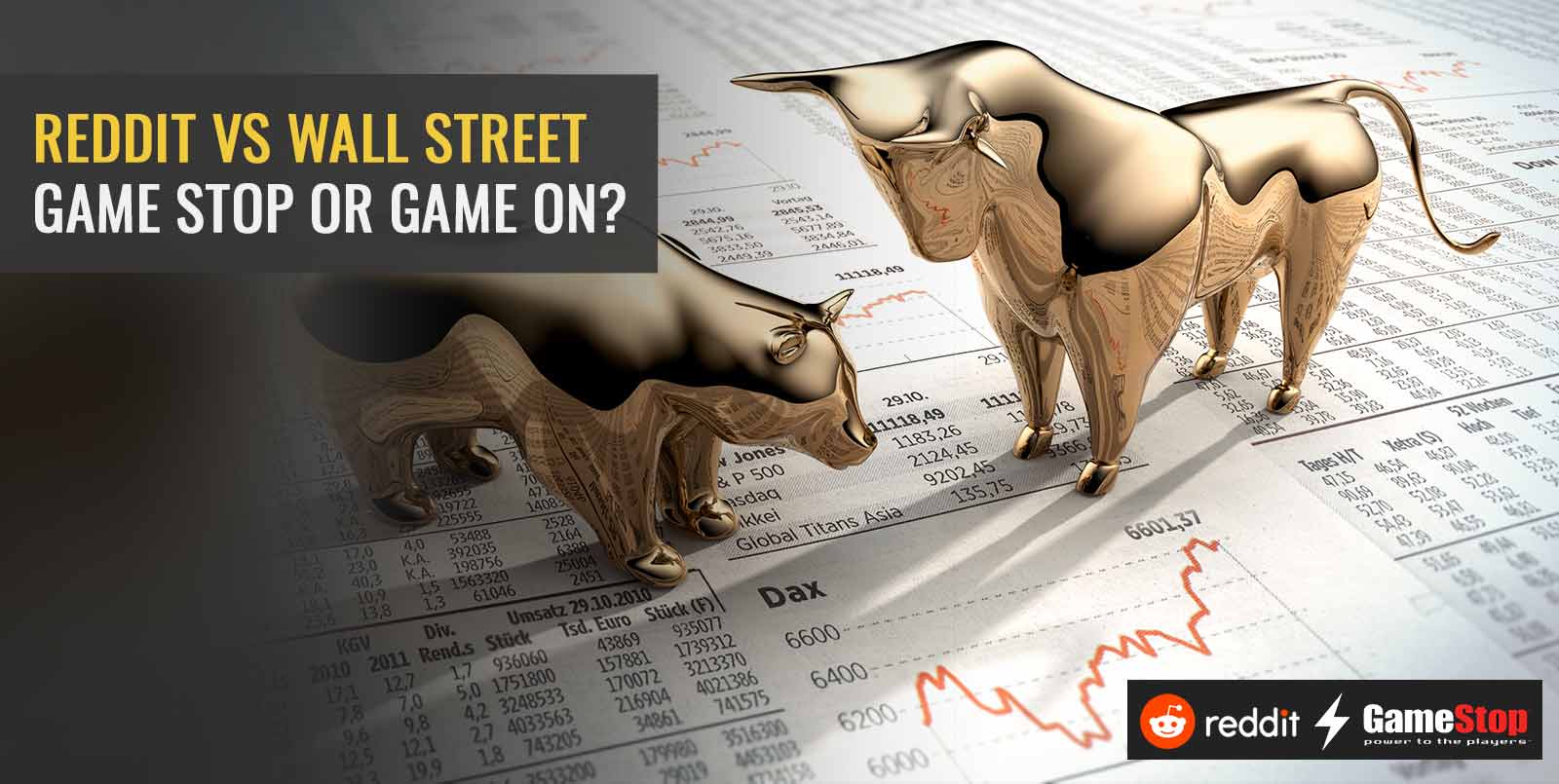 If you’re a regular on news pages, on Reddit, or even on the internet in general, you must’ve come across the words ‘GameStop’, ‘Reddit’, and ‘r/wallstreetbets’ a lot. It surely looks funny even to stock market outsiders, and not just because Elon Musk was involved. Let us look at what exactly happened, followed by what can happen in this stock market circus now.

GameStop is a video game retail store. Since people have been buying video games online for a while, and with the added discouragement of the pandemic last year, GameStop’s stocks went down significantly. That’s when some hedge funds began short selling in earnest.

What is short selling?

Short selling is basically a bet on the company’s failure. Professional investors first borrow shares, and then sell them, and then buy them back later so that they can return the borrowed share. In this process, they earn a profit if the stock prices go down during the last purchase. As for hedge funds, let’s understand them as institutions that make a living out of shorting. Now you understand why GameStop was a shorter’s dream.

So, what happened with GameStop?

That’s the wrong question for people who are here for entertainment. The real question is, what happened to hedge funds? It is pretty clear that shorters earn from a company’s downfall. If stocks rise instead of falling, they lose money. What adds to this possibility is that a spike in stocks encourages Wall Street chatter which leads to further spikes. Shorters  are then forced to cover their positions or buy more stocks to at least minimize their losses. Shorting is, thus, a very risky position to take.

What happened in this case is that online chatter on r/wallstreetbets suddenly encouraged investment in GameStop. This pushed the stock up unexpectedly. This, in turn, increased interest and sent stocks further up. This continued upto a point where the huge amount of shorter’s money invested in GameStop spiralled into huge losses. There were no more shares left for them to cover, which is known as ‘short squeeze’ in market speak. Reports suggest that short sellers have lost around $23.6 billion in January on GameStop.

How did a bunch of Reddit users manage to pull this off?

r/wallstreetbets is a popular subreddit for amateur and young investors on the niche social media platform. Earlier in January, GameStop named three directors to its board, which drove the stock up. The Reddit group then began to yell “CAN’T STOP WON’T STOP GAMESTOP”. With its influence, the community single-handedly brought a GameStop share up from $43 to $380, a stock trading record of sorts. Tesla CEO Elon Musk had also tweeted in support of buying this stock, further fuelling the losses of short traders.

By the looks of it, this was purely an act of Wall Street rebellion. The times we are in are suitable for such acts, since people are financially troubled, dissenting, interest rates are low, loans are creating burdens, etc.

Although there are articles over the interest naming the top 5 and top 10 companies that could face the same kind of prosperity over the next few months, this phenomenon can safely be named a flash in the pan. Not that this hasn’t been done by investors before, the only difference being that this time, it was a bunch of common folk on the internet who mastered it.

GameStop is, ultimately, a brick-and-mortar store which is losing customers as we breathe. Unless they have a turnaround plan to stick to the prices they have reached, their stocks are going to fall further and Reddit probably won’t be able to do anything about it.

Where does the game stop?

The legal game has just begun, with hedge funds now asking for regulatory examinations of the Reddit group. Although the entire act was not illegal by any means, these are the exact kind of incidents that inspire regulations. We aren’t sure about the trading game, but the Reddit Vs Wall Street game can’t stop, won’t stop for a while.