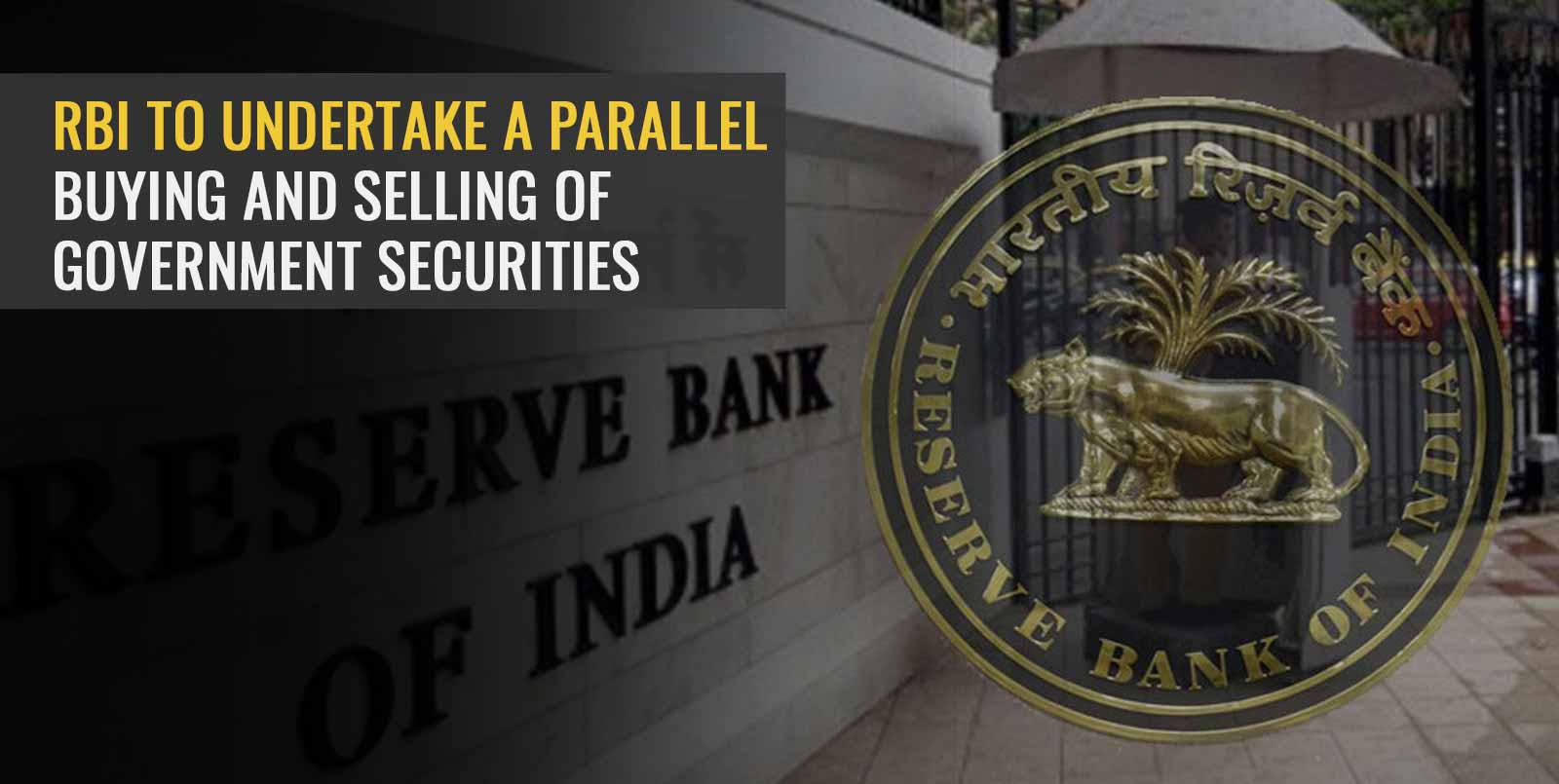 The Reserve Bank announced on Wednesday that on March 18, 2020, it will conduct simultaneous purchases and sales of government securities worth a total of ten thousand crores under Open Market Operations (OMOs). RBI said in a statement announcing the special OMO that the decision was made after an analysis of existing liquidity and financial conditions.

The Reserve Bank will continue to track changing liquidity and market conditions and take necessary steps to ensure that financial markets operate in a safe and orderly manner. Simultaneous acquisition and sale of government securities under OMOs, also known as Operation Twist, entails buying longer-maturity G-Sec and selling shorter-maturity G-Sec in equivalent amounts.

On March 18, the RBI will use the multiple price auction method to buy three government securities with different maturity dates worth a total of ten thousand crores and sell two gilts worth the same amount. The RBI also stated that it reserves the right to determine the amount of individual securities purchased or sold. On the same day, the auction results will be announced.

What Are Open Market Operations (OMO)?

Open Market Operations (OMO) are when a central bank buys or sells short-term treasuries and other securities in the open market to manipulate the money supply and thereby short-term interest rates. Purchasing securities adds money to the economy, making loans more accessible and lowering interest rates.

What Effect Do OMOs Have On The Money Supply?

They are one of the three main monetary instruments used to manipulate money supply in the economy and achieve the desired interest rate trend (along with the reserve ratio and policy rates). The price of a bond and the rate of interest have an inverse relationship. As a result, purchasing bonds through an OMO increases bond prices while lowering yields. Open market transactions raise the money supply, making money less valuable and lowering money market prices, and vice versa. Policy rates include the repo rate, reverse repo, marginal standing facility rate, and bank rate, while reserve ratios include the CRR and SLR.

What Are The Primary Goals Of OMOs?

The aim of OMOs is to regulate the money supply or current liquidity in the economy. In the event of inflation, the RBI adopts a contractionary monetary policy, which means it sells government bonds and absorbs the surplus liquidity in the financial system. In the midst of a recession, the RBI is eager to increase money supply and ensure sufficient credit availability for investment and development. As a result, it purchases shares, thus raising the money supply. OMOs are conducted by the RBI through commercial banks, and qualifying participants must enter their bids on the RBI’s core banking electronic solution platform.

What Is The Purpose Of Government Securities?