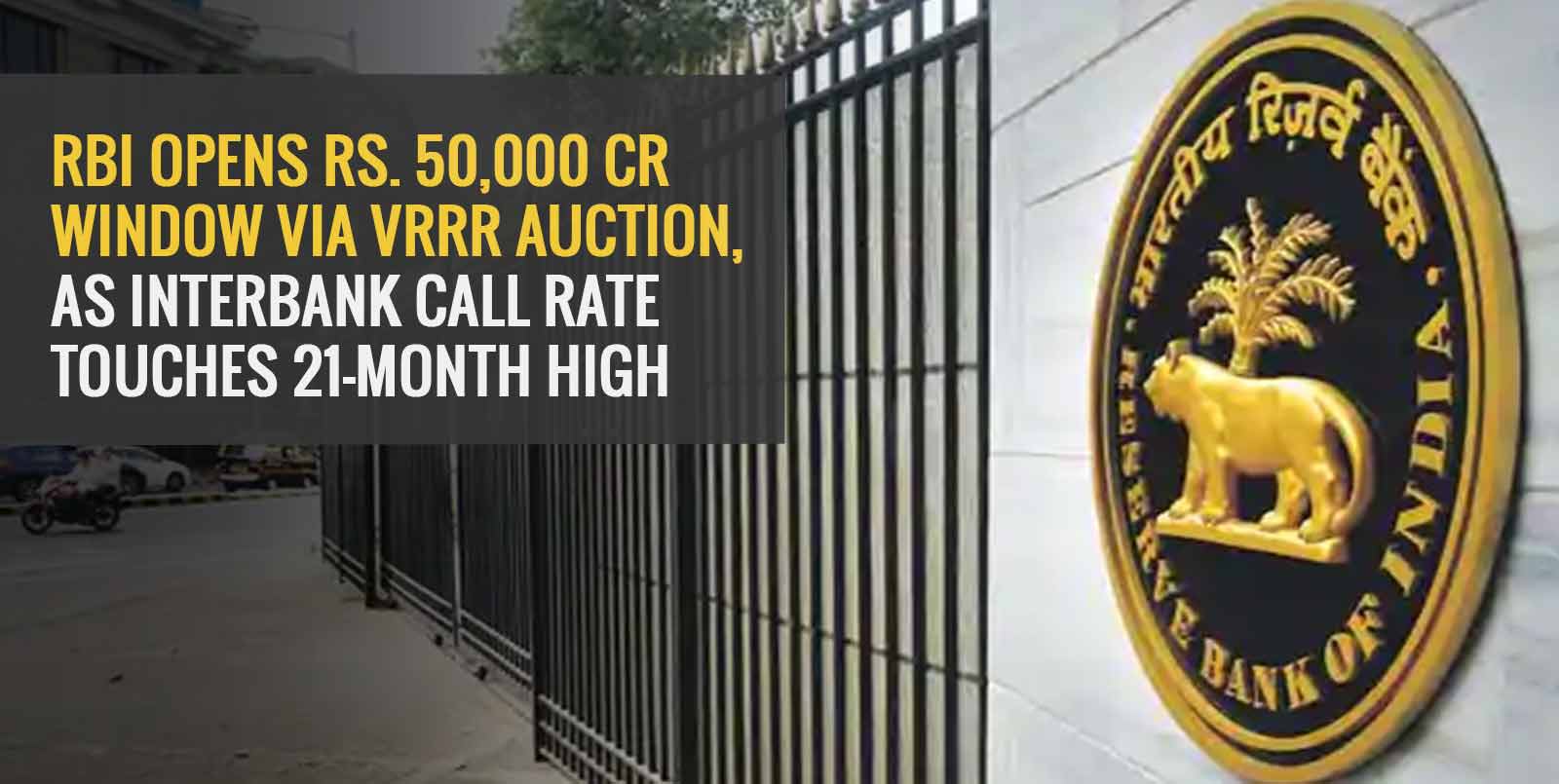 On Thursday, the surplus funds with the banks suddenly dropped, which took the overnight call rate to the highest in 21 months. This is because the sudden drop in surplus funds forced banks to urgently borrow funds for the short term to meet their requirements.

The call money rate went to a high of 4.65 pc after the market opened. This was the highest surge since the pandemic aided surge in April 2020. The average call rate on Thursday was 4.36 pc compared to 4.01 pc of the previous day’s average.

What is the Interbank Call Rate?

Interbank call rate is the money market rate at which the banking institutions borrow and lend funds. These rates mostly relate to the short-term fund borrowings for about a week or so. In the event of unforeseeable situations arising such as a sudden drop in the excess funds, the banks can make use of this route to meet their treasury requirements.

Overnight, the RBI opens a separate special window for the banks to borrow money at a lower rate. The special rate offered by the RBI is at 4.10 pc which is lower than the regular rate in the interbank call money market.

The Reserve Bank of India decided to shell out the excess cash to meet the bank’s requirements via Variable Reverse Repo Rate (VRRR) Auction.

The Reserve Bank’s move to maintain a seamless environment for the financial markets was in response to the requirements of some highly productive industries. The central bank is supporting the liquidity through VRRR auctions. In the last week, it gave out around Rs. 4.31 lakh crore.

What led to a sudden shortfall of funds?

The dealers believe that this is caused due to capitalization of arbitraging opportunities in the market and higher than expected outflow of Good and Service Tax (GST). The payment made for GST reduced the amount of money that banks can keep reserved as surplus in their balance sheets. As banks rushed to borrow more funds, it led to call rates going up.

The Impact on Banking System

Bank treasuries were able to capture an arbitrage opportunity by borrowing from the money market at lower rates and then parking the funds in the RBI’s VRRR auctions. There was a decent difference in basis point for banks to take their trading income up.

Some banks were caught in the middle of the latest auction due to the outflow of funds from the government due to the Goods and Services Tax (GST).

The industry experts believe that once the RBI’s auction money reaches the banks and their liquidity problems are solved, the call money market rates will automatically settle down to normal levels.

What is an interbank called money market?

The inter-bank money market allows banking and financial institutions to borrow and lend excess funds at low rates. The terms of these short-term loans are usually no longer than a week. They are used to help banks meet their reserve requirements.

What is a Variable Reverse Repo Rate Auction?

Variable Reverse Repo Rate Auction, aka VRR Auction, is the way by which the Reserve Bank of India provides cash assistance to the banks who need to borrow funds. This method has easied the liquidity problems in the Indian banking system to a large extent. Time and often, RBI announces the quantum of funds they are planning to give out via VRRR Auction.

What is the reverse repo rate?