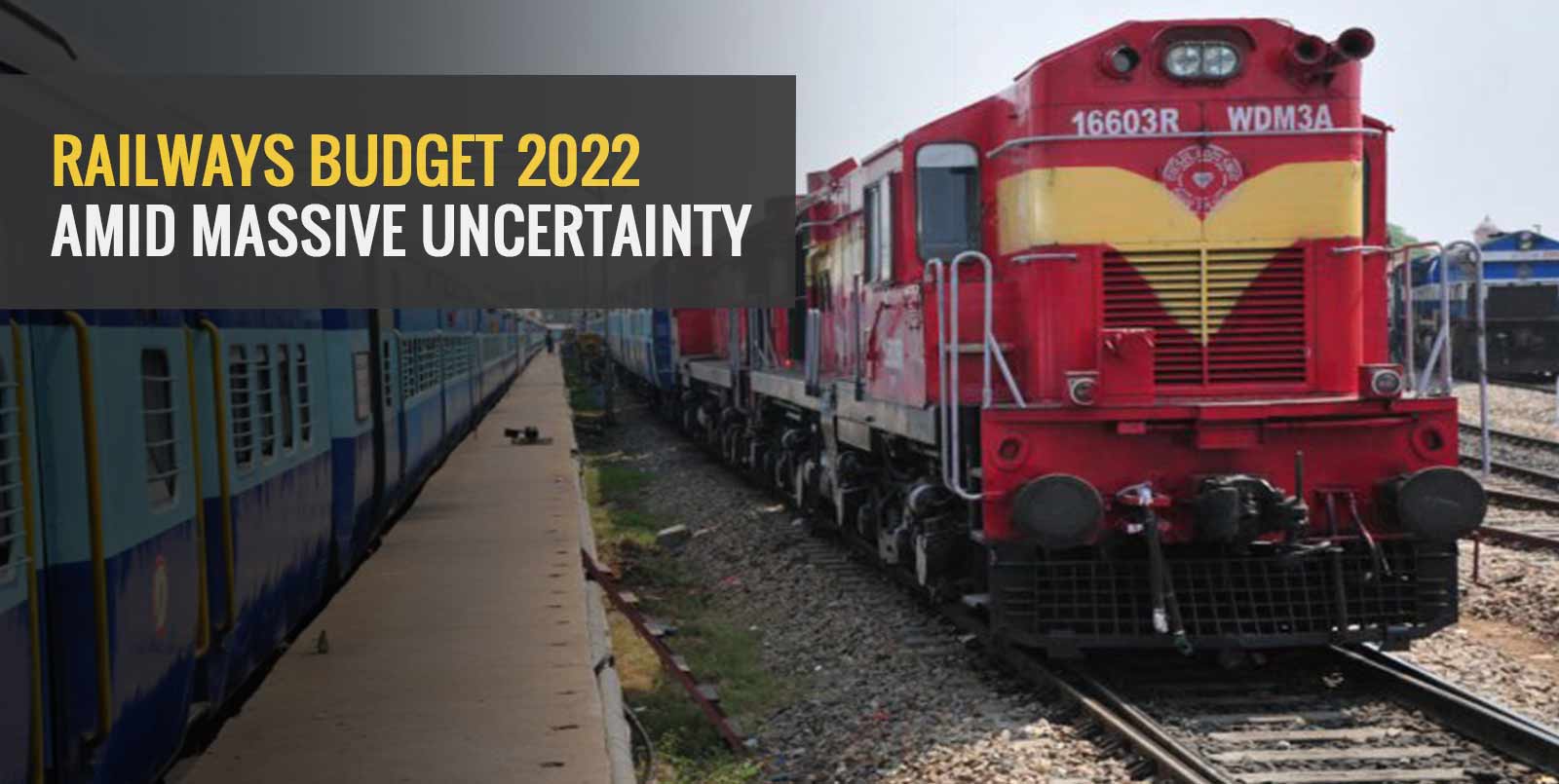 The budget for Indian Railways is set to be presented alongside the general budget on Tuesday, 1 February 2022.

Evidently, financial years 2021 and 2022 witnessed a sharp decline in economic activities due to the pandemic. As a result, a comparison between targets set for the previous years with the upcoming fiscal year will not be helpful.

So, what can we expect from the railways budget this year amid such uncertainty? Let us find out.

From modernising its operations to launching faster trains, Indian Railways seem to have great expectations from budget 2022-2023.

Indian Railways is also looking forward to reaching zero carbon emission by 2030, becoming the first 100% green railway worldwide. Regarding this, a significant announcement for a new train project operating with biofuels is expected to be rolled out by the government on 1 February.

Moreover, Finance Minister Nirmala Sitharaman will most probably increase the expenditure on Indian Railways. According to officials, this hike in budget allocation will likely speed up electrification work on all possible routes. It will also fasten signaling system maintenance.

This budget may also add an increased number of trains on Vande Bharat Express lines. As per India’s Prime Minister’s current project, only two Vande Bharat trains are in action. Previously, there was an introduction of a tender to bring along 44 such trains.

In the Union Budget 2021, the Government of India had set aside an allocation of Rs. 2.15 lakh crores for railways. These figures were the highest for railways. Out of this total allocation, internal sources contributed Rs. 7,500 crores and Rs. 1 lakh crore was received from extra-budgetary resources. In addition, gross budgetary support contributed another Rs. 1.07 lakh crores.

This upcoming budget will also stress on freight corridor. These railway corridors are planned in various parts of India, such as the East Coast corridor, which will connect Vijayawada with Kharagpur. Likewise, the East-West corridor and North-South corridor will also roll out.

Indian Railways has suffered major losses in passenger services due to the COVID 19 pandemic. Therefore, increased allocation of budget is unavoidable for 2022.

As railways prepare for more freight corridors to increase freight earnings, a separate hike in allocation is also in the queue.

For the budget 2022, Indian Railways is also expecting an increased creation of avenues for PPP mode and even participation from various private players.

Almost 7,000 stations are likely to become fully solar-powered in the upcoming years. Alongside, 100% electrification of railways tracks may happen by 2030.

Budgetary expectations for Indian Railways seem to be high this year. There have been talks regarding the introduction of hyperloop technology for trans running under tunnels alongside bullet train facilities. Now all eyes are upon finance minister Nirmala Sitharaman’s speech regarding the same.

During the previous year, Indian Railways suffered a loss of around Rs. 26,338 crores.

Insiders expect an around 20% hike in budget allocation for railways this year.