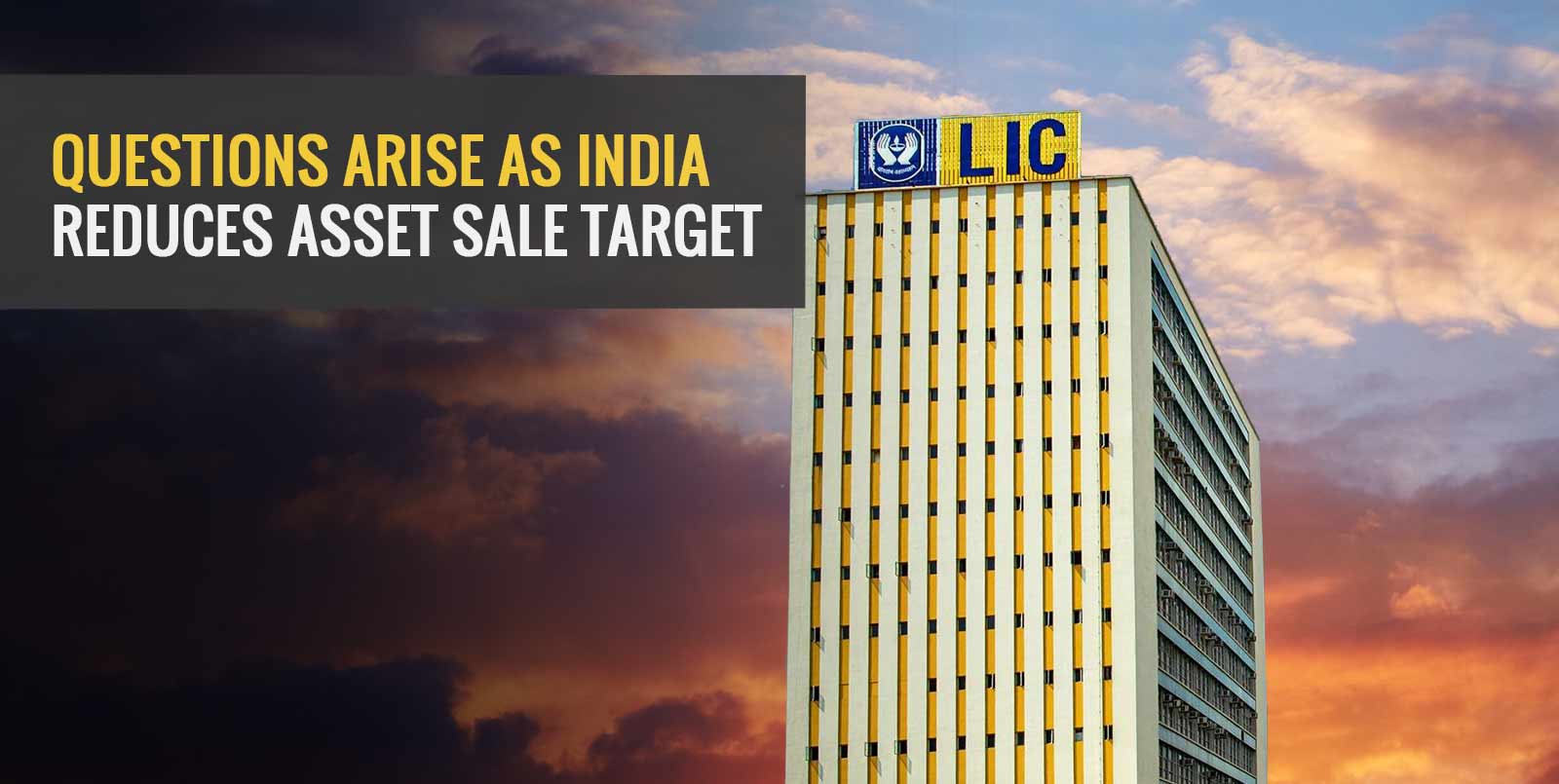 India drastically slashed its asset sale target, which raised several questions regarding how much it is planning to generate from the IPO of LIC.

This announcement was recently made during the budget session of 2022.

Are you interested in knowing more about this topic? Read on.

On Tuesday, i.e., 1 February 2022, the Finance Minister of India announced a divestment estimation of Rs. 78,000 crores through 31 March. This is much lower than the previous estimation of Rs. 1.75 lakh crores. Meanwhile, the government has already generated Rs. 12,000 crores by divesting stakes in other companies.

The Government of India has also set a target of Rs. 65,000 crores for the upcoming financial year.

This announcement has caused quite a stir among individuals. There are questions regarding whether the government has downgraded its expectations from the LIC IPO. Some people wonder if the Indian government is just swaying the share sale or being conservative with the estimations until it raises the money.

During her budget speech, Nirmala Sitharaman said that individuals could expect LIC IPO to hit the primary market soon. However, she did not elaborate on this matter any further.

As per economists’ take, it might be possible that proceeds from LIC IPO have been distributed over FY 2022 and FY 2023.

According to an official of the Department of Investment and Public Asset Management Secretary, India may plan to roll out the public issue of LIC by March 2022.

The country has been preparing for the LIC IPO for two years. LIC is prepared with assets worth $500 billion and valuation estimates of $203 billion. With that, it could become the country’s biggest stock listing.

This could result in LIC generating as much as $10 billion from the public offer with a 5% minimum dilution.

A much higher disinvestment target can distort the functioning of the market. Consequently, the valuation of LIC is yet to reach a final settlement.

Evidently, this recent announcement has raised a lot of questions in the minds of investors. However, nothing could be said for sure until further statements.

LIC’s public offer will not impact employees. In fact, it is highly likely for employees to get a special concession to participate in LIC IPO.

At first, you need to have a DEMAT account. Apart from that, you will also have to link your PAN with your LIC account if you are a LIC policyholder to invest in this IPO.

As per DIPAM sec, LIC may file its draft papers with SEBI in early February of this year.