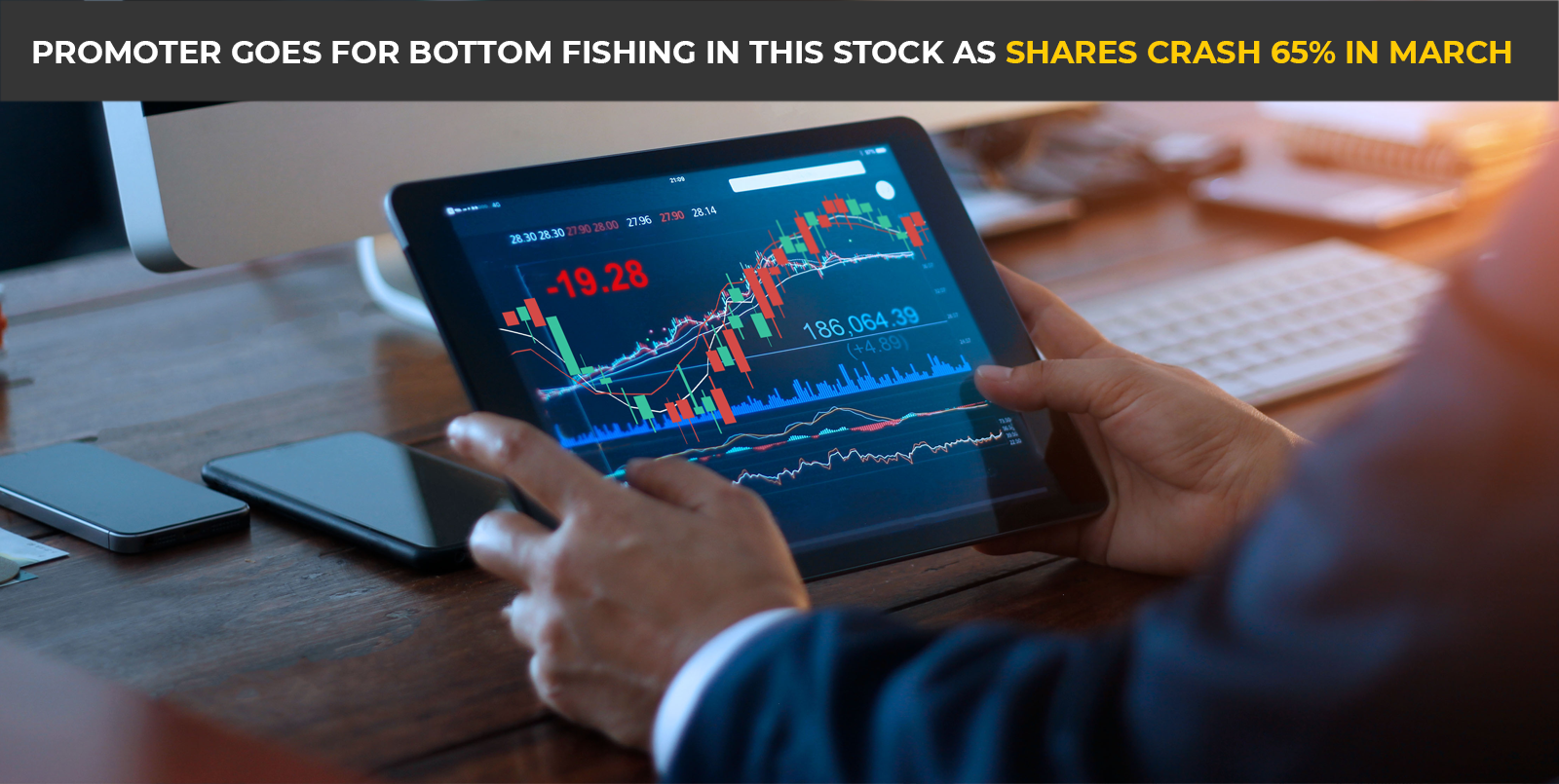 Pandemics have been known to wreak havoc on the stock markets and the current COVID-19 pandemic is not different. Stock markets across the world have been in turmoil as the rapidly spreading novel coronavirus ravages economies. To slow the spread of the infectious disease, governments have resorted to widespread lockdowns, which has severely affected economic activity. Investors have lost trillions of dollars in the resulting stock market meltdown.

Stock markets crash due to massive sell-off by fearful investors, but it also opens up a window of opportunity for many investors. The share price of many companies falls to a level where the stock becomes undervalued. It provides an opportunity to promoters to buy the shares of their own companies at undervalued rates. Many promoters in India have turned to bottom fishing in a down market. Sudden and severe stock market declines provide the best opportunity for bottom fishing, which is being utilised by Indian promoters.

For instance, Sameer Gehlaut, promoter of Indiabulls Housing Finance, recently bought 24 lakh shares of the company at Rs 96.33 per share. The shares of Indiabulls Housing Finance tumbled 65% in March, providing the promoter with an excellent opportunity to buy cheap.  Gehlaut is not alone, but before moving on to others, let us understand bottom fishing in a down stock market by promoters and the scale of the crash that led to it.

Indian stock markets were relatively immune to the impact of the disease that started spreading in January. But as the number of cases started climbing in India, domestic as well as foreign investors became fearful. Both the benchmark indices—NSE Nifty 50 and BSE Sensex—declined over 23% each in  March, making it the worst March in history. Investors cumulatively lost Rs 30 lakh crore in the month. The benchmark indices are constituted of the largest companies in the country, which are relatively in a better position to the weather the storm. Smaller companies are more prone to the economic slowdown that will follow the lockdown. The sentiment was reflected in the broader market as 43 stocks in BSE 500 crashed over 50% in March. The meltdown was severe and swift, and it opened up an opportunity for bottom fishing in a down market. But what exactly is bottom fishing?

Bottom fishing simply refers to the strategy of buying undervalued assets with the aim to gain from the investment when prices normalise. It is a value investing technique that works on the assumption that the low price of a particular stock is temporary and would rise in the long-term. Promoters across the board have been bottom fishing during the current market crash.

Promoters of companies ranging from information technology and automobiles to infrastructure and agri-business have been buying up their companies’ shares. Besides some of the biggest companies in India, promoters of over 200 small and mid-cap companies have bought back shares from the open market. Some of the prominent names have been Tata, Bajaj, Suzuki Corporation, Godrej, L&T and Indiabulls. Tata Sons, the holding company of Tata companies, bought shares of Tata Chemicals, Tata Steel, Indian Hotels and Tata Motors.

Similarly, Suzuki Motor Corporation bought Maruti Suzuki shares worth Rs 135 crore, while the Bajaj family bought Bajaj Auto shares worth Rs 91 crore. A clear trend of bottom fishing in a down stock market by promoters was witnessed in the IT sector. Promoters of mid-tier IT companies lapped up shares after a substantial decline in the share price. L&T group hiked its shareholding in Mindtree by 0.4% by buying shares worth Rs 58 crore. Zensar Technologies’ promoter RPG Group and Mphasis’ promoter Blackstone too raised their stake in their respective companies.

Many promoters bought a stake in their companies, but how does bottom fishing in stock market crash help?

Buying low and selling high is at the core of bottom fishing. However, the objective of bottom fishing by promoters is slightly different from a regular investor. Promoters buying shares of their own company when the market is falling sends a signal of confidence to the larger investor community. To generate gains from an undervalued asset, you will first have to correctly value the asset. As an outside investor, sometimes it is difficult to get a clear picture of valuations.

Promoters have the best view of a company’s capabilities. So, if a promoter buys his/her companies’ shares, it tells other investors that promoters are confident of the company doing well in the future. For promoters, bottom fishing is an opportunity to increase its stake at attractive prices. Bottom fishing also helps in stabilising the share price to an extent on a turbulent market.

It is relatively easy for promoters to buy shares during a stock market crash as they have the best knowledge of a company’s intrinsic value. Promoters increasing stake in their company sends a positive signal, but should not be trusted always. It is better to conduct your own research and arrive at the right valuations of a company.