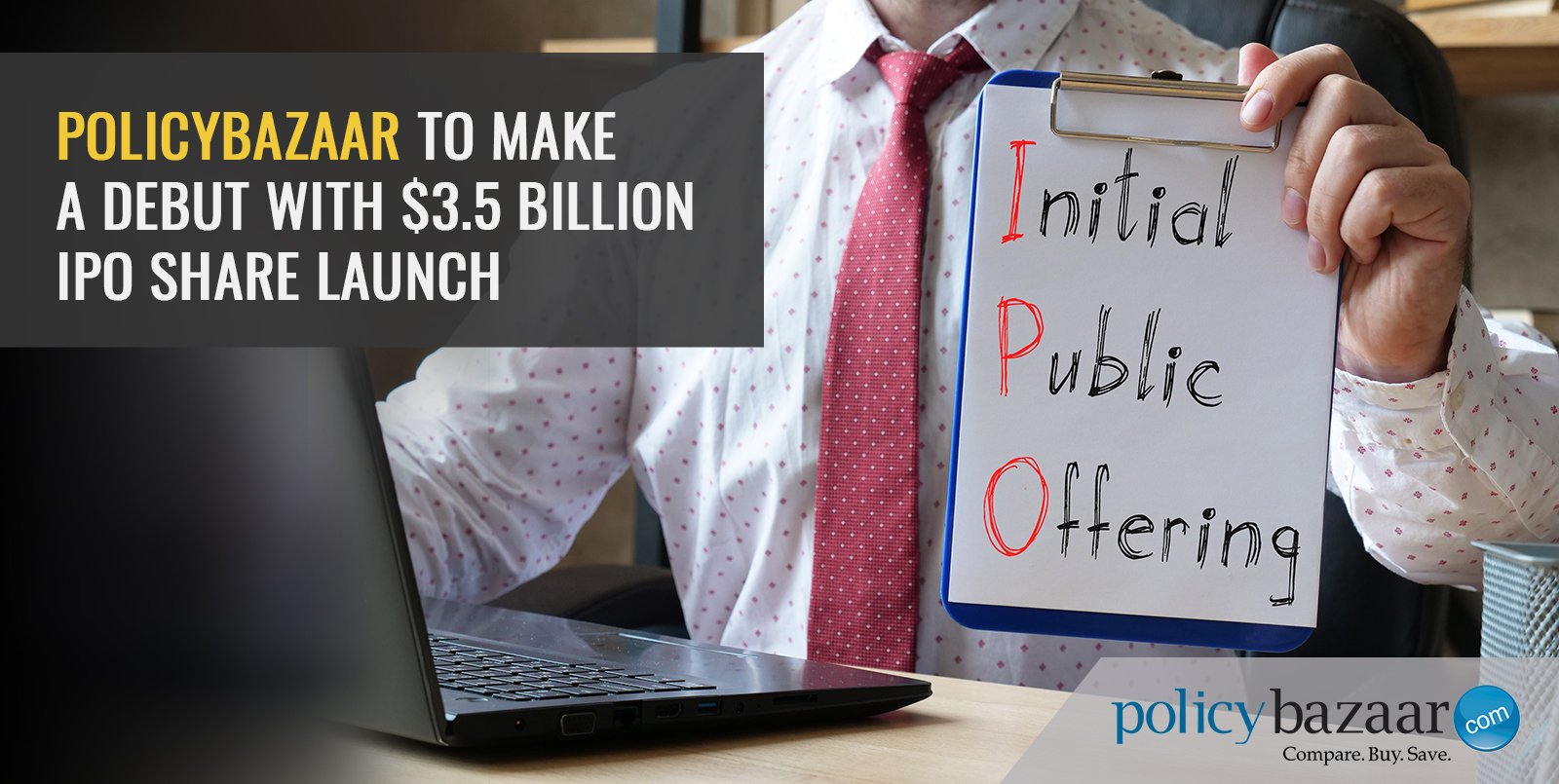 The fintech start-up unicorn, PolicyBazaar is all set to canter into the Indian stock market in next year. It is ready to make an entry with an IPO share launch north of $3.5 billion and weighing all the propositions currently. Confirming the news, co-founder, Yashish Dahiya said that PolicyBazaar is willing to test the water both in India and abroad with a dual listing if the regulations change. Currently, government policies don’t encourage sensitive sectors like fintech to list in foreign exchanges.

PolicyBazaar is an online insurance aggregator which allows customers to compare and select policies in life, health, auto, and property segments. In 2008, PolicyBazaar started its journey to reach to the heights where it is currently the largest insurance aggregator in India. It was founded by Yashish Dahiya, Aloke Bansal and Avaneesh Nirjar, with Dahiya holding the CEO position in the company.

The company targets the large underinsured and uninsured middle-class population of India, creating awareness on the importance of insurance and allowing them an unbiased platform to compare policies across insurers. PolicyBazaar is backed by Softbank, which is currently holding 15 percent stakes in the company. Other investors are Temasek Holdings Pte – Singaporean state investment firm, Tencent, and Tiger Global. Like Softbank, Temasek also holds 15 percent stakes in PolicyBazaar when Tencent and Tiger Global have respectively 10 and 8 percent claims.

PolicyBazaar rode the robust digital business wave that reached the Indian shores with the arrival of affordable mobile and internet services to the broader population of the country. It is among the first Indian digital-era upstarts and is likely to become the first to enlist in Indian bourses. Last month another Softbank backed insurer, Lemonade Inc. enjoyed stupendous success with its debut in the US market. PolicyBazaar is also hoping to replicate the same with PolicyBazaar IPO launch.

Commenting on the issue, Mr Dahiya mentioned, ETech Aces Marketing and Consulting Pvt., the parent company of PolicyBazaar, is currently evaluating two to three leading underwriters, including several of the Wall Street banks, to assist it in the process. He also suggested that he is looking at a global debut if the regulation policies change by then.  Many companies prefer to list in Singapore or US exchanges where public listing rules are more straightforward and welcoming.

“We have a global interest and will raise in the coming weeks,” commented Mr Dahiya.

PolicyBazaar is one of the few fintech that operates in the highly regulated sector of insurance, dominated by state and bank-backed insurers. It targets the growing middle-class population, which is grossly underinsured. Recently, the government launched an affordable health insurance scheme for the underprivileged, but the middle-class section mostly left outside the benefit net. Aggregators like PolicyBazaar is trying to tap into that market segment. Growing awareness and rising income of the middle-class segment are providing the much-needed tailwind for which the sector is expected to register $230 million revenue growth this year and 14 to 15 percent annual growth rate for the next three to five years.

The Policy Bazaar IPO size will be north of $3.5 billion. The company will also raise $250 million before September 2021 in a round of financing at a $2 billion-plus valuation. PolicyBazaar sells around a million policies in a month from 40 insurers in different segments of life, health, auto, travel, and property.

PolicyBazaar IPO news is undoubtedly a big one for the Indian start-ups. In 2019, several Indian technology start-ups petitioned to SEBI to review its regulations regarding the listing policies of start-up companies. The current policy requires the promoters to hold at least 20 percent stake in the company they have set-up. The petition included names like Ola, Lenskart, and PolicyBazaar. They cited that other countries like USA and China don’t have such stringent norms. All these promoters hold around 4 percent to 15 percent in their companies after diluting their stakes to funding companies.