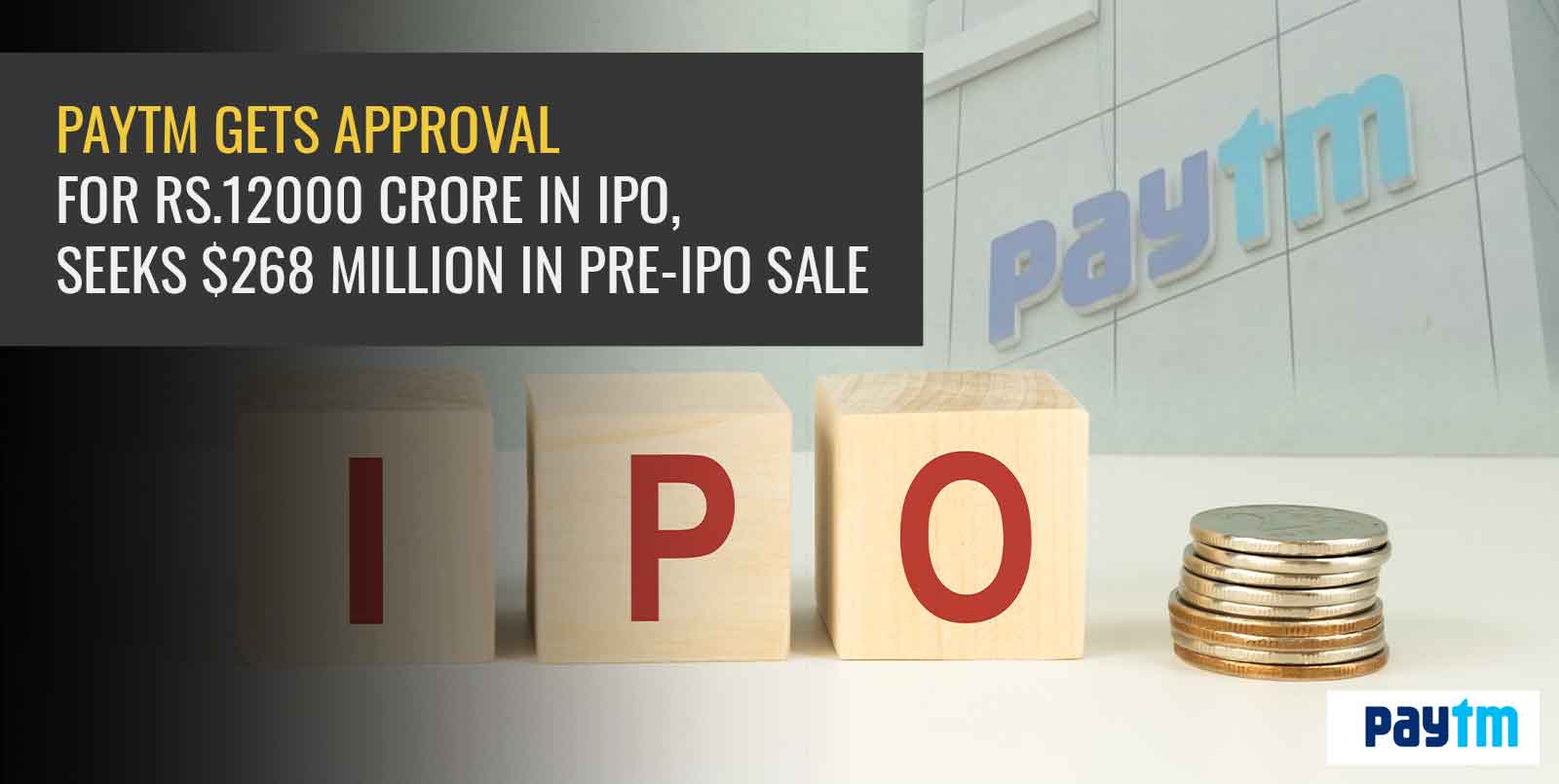 Paytm has received the nod from shareholders to fundraise $268 million in a pre-initial public offering share sale. The said IPO is likely to be scheduled later this year.

This pre-IPO fundraising round will be a part of the OCL’s primary fundraising. It will be carried out through the issue of shares.

Moreover, this Monday, during an Extraordinary General Meeting (EGM), Paytm’s shareholders approved its plan to raise a maximum of Rs. 12000 crores through fresh share issuance.

That said, let us find out where the company stands in terms of pre-IPO fundraising and more.

The road ahead for pre-IPO fundraising

One97 Communications Ltd, Paytm’s parent body, is in talks with multiple investors to raise $268 million. The company plans to raise the capital before it is listed on domestic exchanges by this November.

It appears that the company is planning to tap sovereign funds and institutional investors to raise the required funds.

This secondary raise is likely to put the total to Rs. 16600 crores.

The gist of Paytm’s EGM

Besides the anticipated nod to the fundraising, these things went down in Monday’s EGM –

On that note, let us proceed to find out some primary details about Paytm.

A brief introduction to Paytm

Per SEBI norms, Paytm is classified as a professionally managed firm. Therefore, as per the rules, the shareholders of this company are not entitled to ‘special rights.’

Estimates say the valuation of this firm is in the range of Rs. 1.78 crores to Rs. 2.2 crores. Resultantly, the company is expected to secure a position among the top 10 financial services listed in the country.

The shareholders of Paytm include –

If Paytm manages to pull off this IPO, it would emerge as India’s biggest initial public offering, leaving behind Coal India.

The company had decided to go public ten years ago, even before it turned into a mobile wallet giant. Then, however, it cancelled its IPO plan and instead raised funds to expand its financial and commercial services through VCs.

As retail investors continue to show a newfound faith in tech stocks in India, there is hope Paytm could tap into the demand. Moreover, Paytm’s hold on merchant payment and its ecosystem of synergistic fintech verticals continue to be its USP. This further offers upsides for the success of the digital payment platform’s upcoming IPO.

Which financial and investment management firms has Paytm appointed for this upcoming IPO?

Which is the biggest IPO in India so far?

Coal India managed to pull off the biggest IPO in India with an issue worth Rs. 15500 crores.

How many shareholders does Paytm have?

Nearly 1000, including institutional investors and ex and current employees, among others.