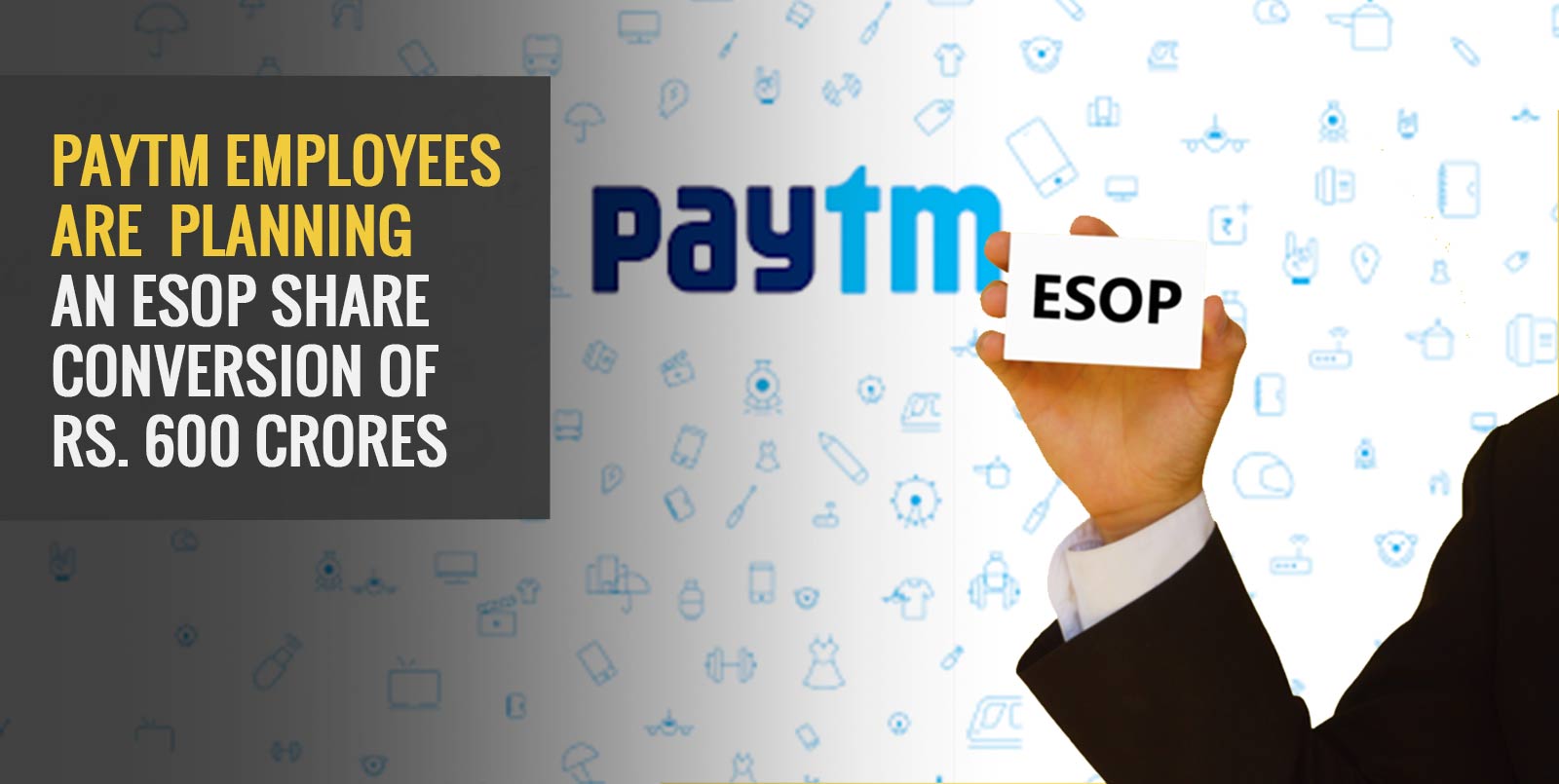 Paytm is gearing up for one of the biggest IPOs of this year, which is estimated to be worth around Rs. 16,000 crores. Ahead of this initial public offering, several senior executives of the company have applied to convert their ESOP or Employee Stock Ownership Plan into the company’s shares.

According to several reports, this conversion cumulatively can be worth about Rs. 600 crores, depending on the recent valuation of the company. Currently, Paytm has a valuation of less than Rs. 12 lakh crore.

To help facilitate this transaction Paytm is working with various financial institutions to enable a loan of about Rs. 100 crores for its top-ranked executives. This move is aimed to aid employees in managing the tax payout during this transition, which will be the difference between the price at which ESOP was granted and the share price at which they will be sold.

According to an inside source, this move will cover about 300 employees. This source further suggested that they are receiving several requests from their employees regarding this move; hence, they are arranging this financing via different lenders.

Is it Something Unusual?

Not exactly! Rather, converting ESOP into company shares is a very common affair.

Zomato is a recent example of this.

Zomato’s IPO has also allowed its employees to convert their ESOP and became millionaires following its public offering.

Who is Planning to Be a Part of This Move?

According to the source close to Paytm, 80% of the senior employees are planning to materialise this move.

Moreover, Paytm has been issuing ESOP to its employees for more than 10 years now. Their shares are currently valued at about Rs. 18,000, and employees who receive these shares get them at a price point of Rs. 1,000 per share. Therefore, they are liable to pay taxes on the differential Rs. 17,000.

Furthermore, employee shares do not come with any lock-in period following an IPO. Hence, individuals can cash in on their investments at any time they see a window of opportunity. A senior employee of Paytm had already done it when the company conducted a buyback.

A point to remember here is that Paytm will bear the interest paid on these advances, and they expect staff to pay off their credit within 6 months of listing.

Point to note: This proposal will be discussed during Paytm’s Extraordinary General Meeting (EGM).

What is the Purpose of ESOP?

ESOP has been an efficient tool to attract and retain employees, and in the last 12 to 18 months, its demand has amplified. This has resulted in an increase in valuation for start-ups, with record capital being pumped into this particular setup.

Organisations like Razorpay, Udaan, PhonePe, Ola, Cred, etc., have offered stock options through ESOP schemes. It allows concerned employees to sell off their stake at a higher price when the IPO is announced or buyback is offered by companies.

In a nutshell, ESOP offers a chance to the employees to create wealth along with the stakeholders of the company.

ESOP can be an attractive tool for companies to bank on to attract and assemble a team of talented individuals. Considering Paytm’s current market position, an ESOP conversion can be fruitful for both employees, as well as the company.

To know more about Paytm IPO and its updates, stay subscribed to the Angel One Blogs.

The details regarding the starting, closing and listing dates of Paytm IPO are yet to be announced.

No, the price band of Paytm IPO is not yet confirmed by the company.

Although there is no concrete information regarding Paytm’s DRHP filing, it is likely to happen within this financial year.